Although I’m a believer and advocate of focusing on the positive, sometimes negative shit is like a cellulite butt in white leggings: I don’t want to see it, but I’m going to stare anyway because it’s just so fucking awful, WHY GOD WHY?!

Once I’m confronted with something I really don’t like, I frown and keep looking at it until I’m all worked up with absolutely no point to it. Yoga has definitely fixed my short temper, but in this area I still need some work done: I can get worked up over negative shit, that’s not even really my concern.

For instance, today I walked into the yoga studio to encounter a woman I do not like. I hate to write negatively about someone, but I can’t put it any other way: I don’t like the way she behaves when I see her at yoga. She might be lovely, fun and charming outside the yoga studio, inside of it I find her disrespectful and obnoxious. She jumps around on her mat like she’s standing in a bag of fleas while cheerleading, bumping into others. She laughs at a hundred decibel volume during class, which disturbs me and my practice (I can’t speak for others, but I can imagine they might not like it either). She talks loudly before and after class while people are still lying in their final resting pose.

Not to mention this woman while flailing around in a posture managed to kick me. Full out kick me! I was standing behind her, a good five feet away and she still managed to whack me out of my posture flat on my ass. Quite an accomplishment.

Of course it was an accident, but it felt incredibly intrusive: like someone poking you in the ribs with a stick while you’re enjoying a relaxing massage. Unpleasant. Had me sitting on my mat for like two minutes catching my breath and regaining my composure. Needless to say, this didn’t make me like her all that much more.

Today, I saw her as I walked in; she had just come out of a class. She was talking loudly to another yoga student, booming laugh here, booming laugh there, and I could have already been rolling my eyes and thinking all these negative things about her. But as I walked to the counter I distinctly thought: No. I don’t have to pay attention to her and so I am not going to.

And so I didn’t. I simply looked away, and gone she was. I then signed in for the class, changed into my yoga gear and did yoga. I didn’t give her so much as a second thought. And that was so nice.

I can just focus on something else! I don’t have to pay attention to any of that; I can either look away, walk away or simply turn my focus inwards. None of that stuff is worth making myself feel bad or angry or frustrated over.

I had never understood this, not really. Now I do. You shouldn’t focus on things that makes you feel bad, especially not if you have a choice. Don’t look at websites that talk thrash about you, don’t look at blogs you think are stupid, don’t indulge in other people’s drama on Facebook. Don’t gossip at work, don’t focus on that one annoying aspect of your job or that one family member you can’t get along with. You have a choice. Execute it.

If that woman is in a yoga class with me again, I’ll just lie on the opposite side of the room that class. If I can’t and if she stays in my peripheral vision, I’ll just have to have better focus. I think I can manage that..As long as she doesn’t kick me again at least. 😉 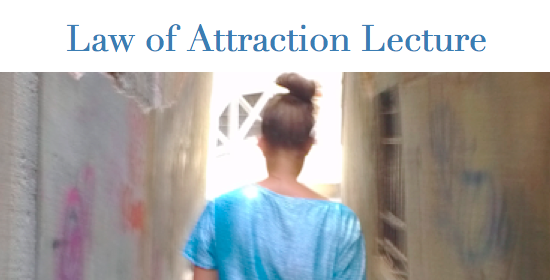 Law of Attraction Lecture The 26th! 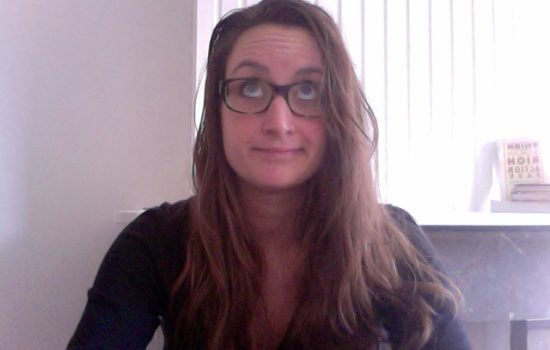