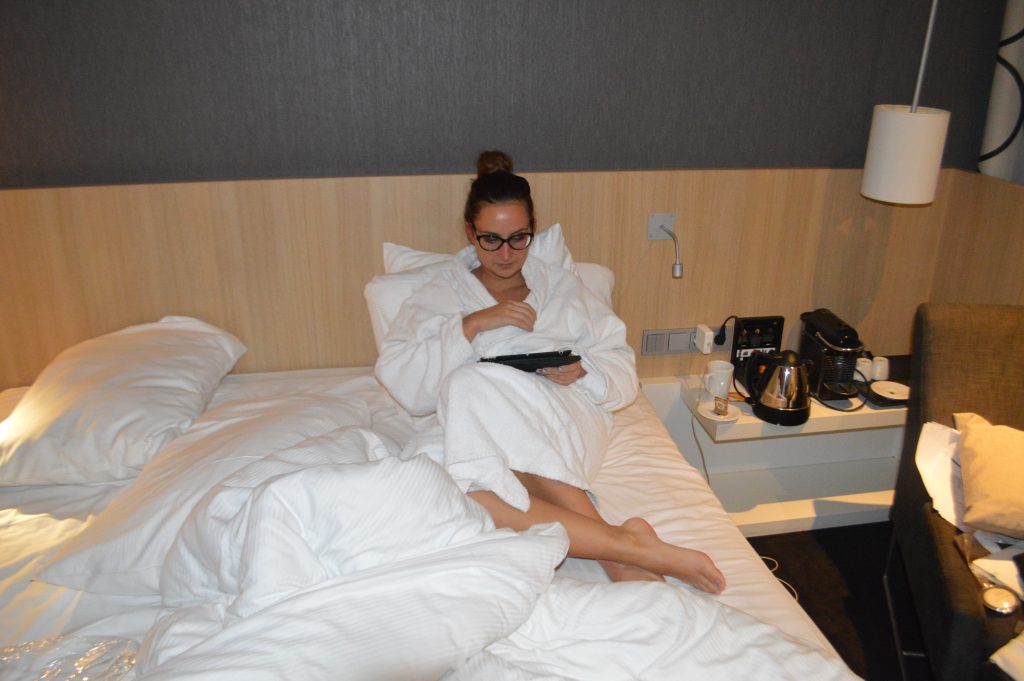 God, I love staying in hotels. Clean rooms with complimentary chocolates and big fluffy bathrobes, comfortable big beds with great sheets and if you’re lucky, a great bathroom that you will never have to clean.

I spent the first weekend of December in the Mercure Hotel Amsterdam City, upon invitation. Thanks Mercure hotel chain and Ketchum PR: I’m glad you let me run around in your hotel, raid the mini fridge and pass out in my bathrobe while reading a book about vampire hunters. My life.

Here’s what I thought of the hotel. 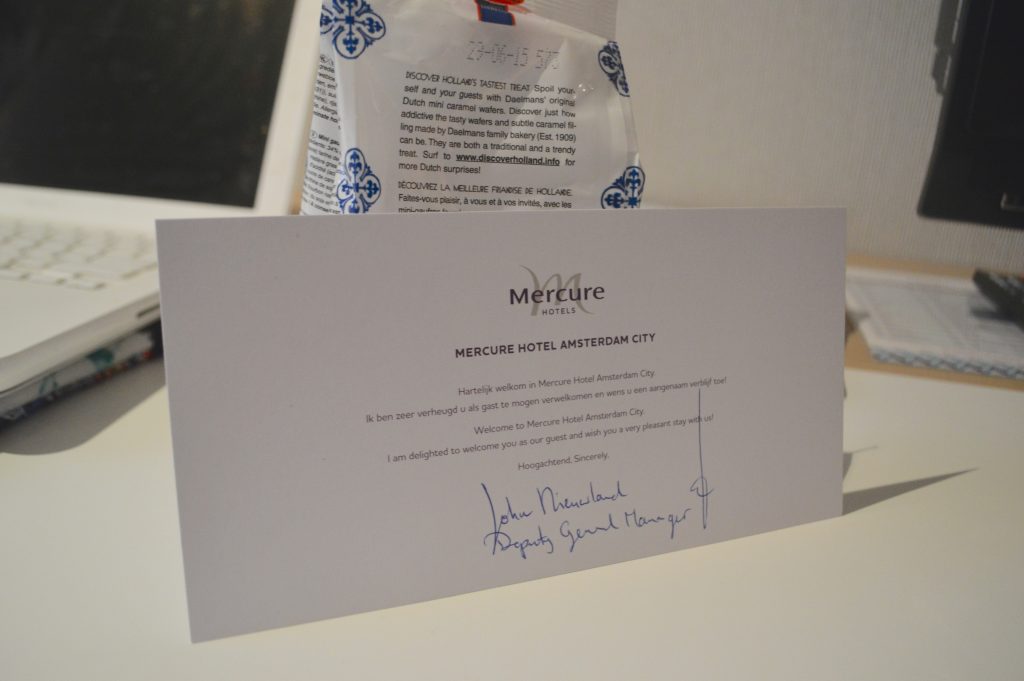 LOCATION AMSTERDAM CITY Mercure Hotel has a few different locations, and we stayed in a hotel that recently had a huge make-over, giving the hotel a classy, modern feel.

The hotel is apparently a short subway ride away from Central Station Amsterdam and apparently you can take a ferry into the heart of Amsterdam. Which is good, but I gotta say it’s not THE most central or easy location for a hotel ever. If it didn’t have those two things it would not be ideal.

My experience with the public transit in the area is limited: I accidentally got out at a wrong subway station, an extra 4KM from location.

I then got so annoyed (I have an attitude problem and was carrying a heavy bag at the time) I went ‘fuck that’ and just took a cab from there. I regret nothing, except that I now have limited info on how easy the subway connection and schedule are. 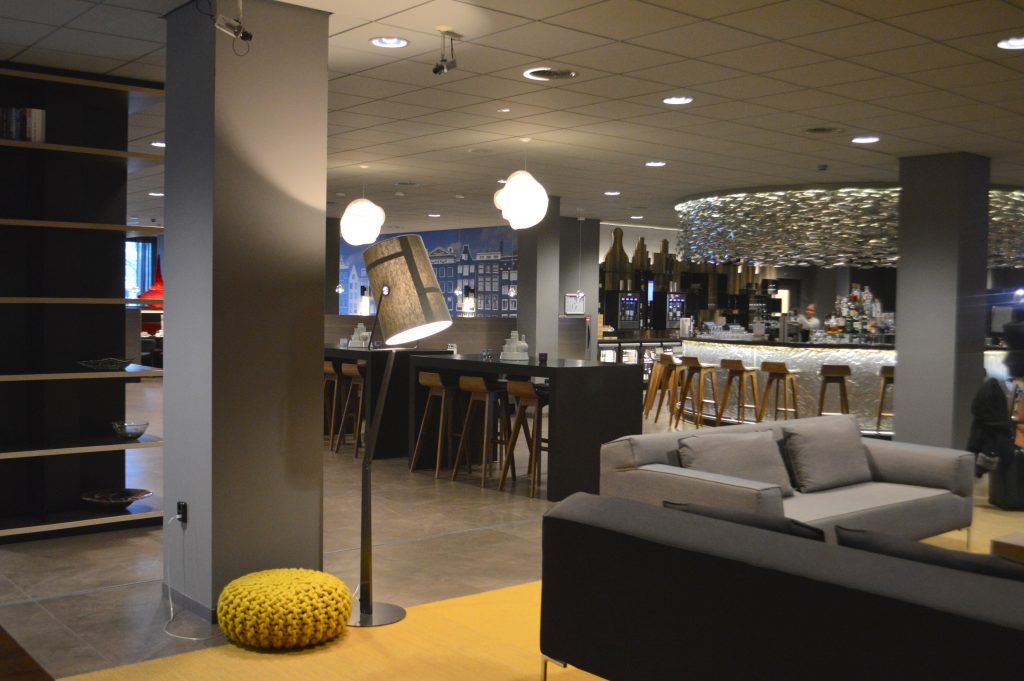 HOTEL Easy, has its own parking lot and the staff is friendly and professional. The hotel has a bar, a restaurant, as well as a fitness room with sauna and steam room. 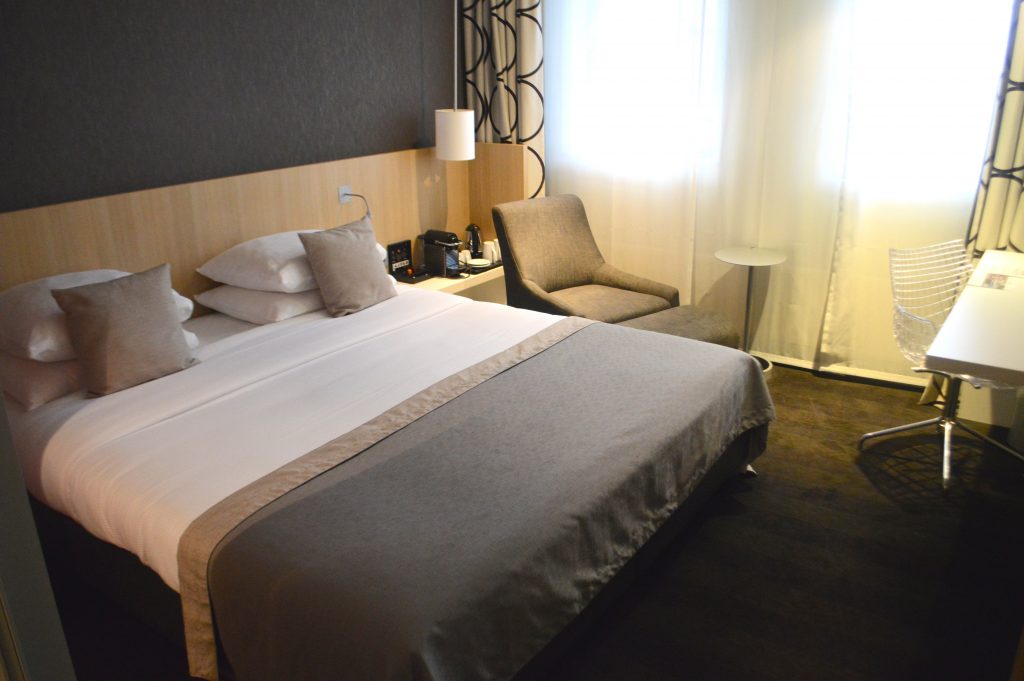 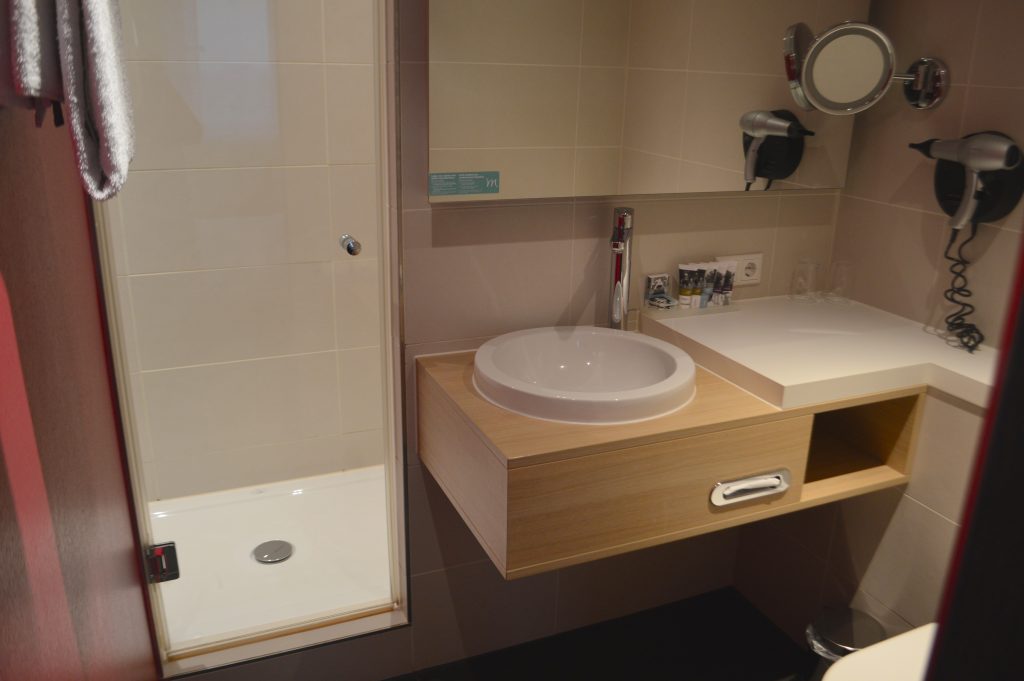 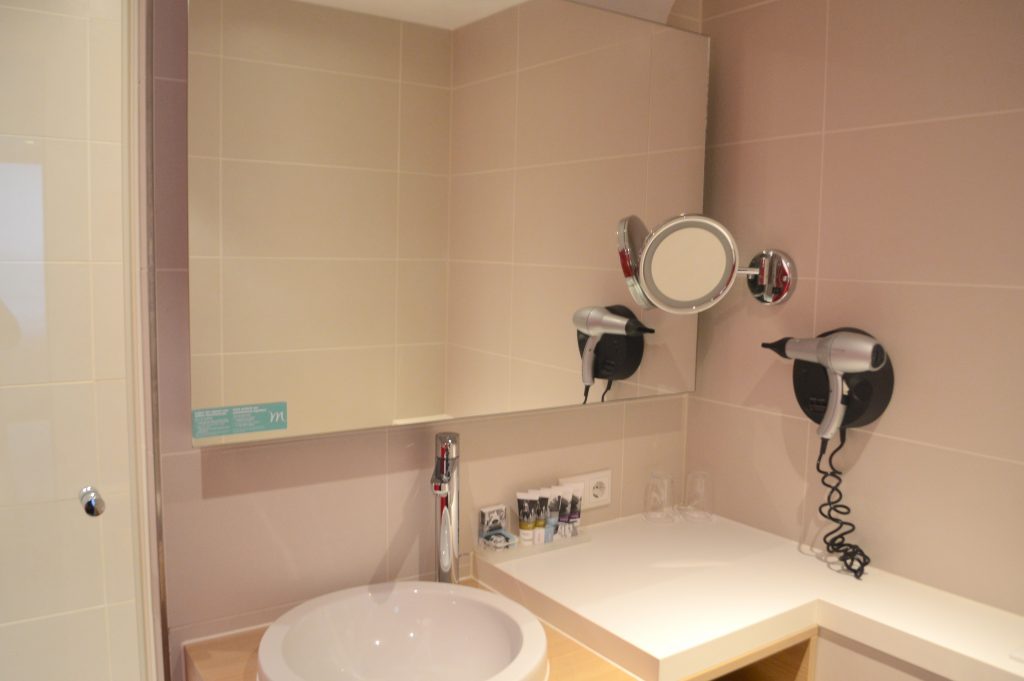 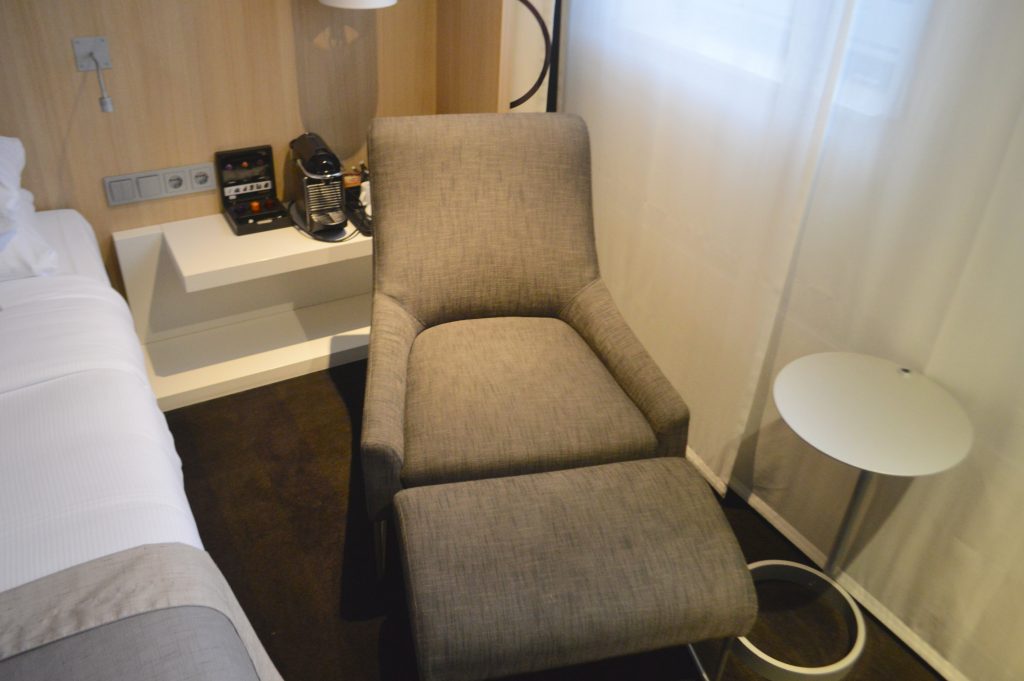 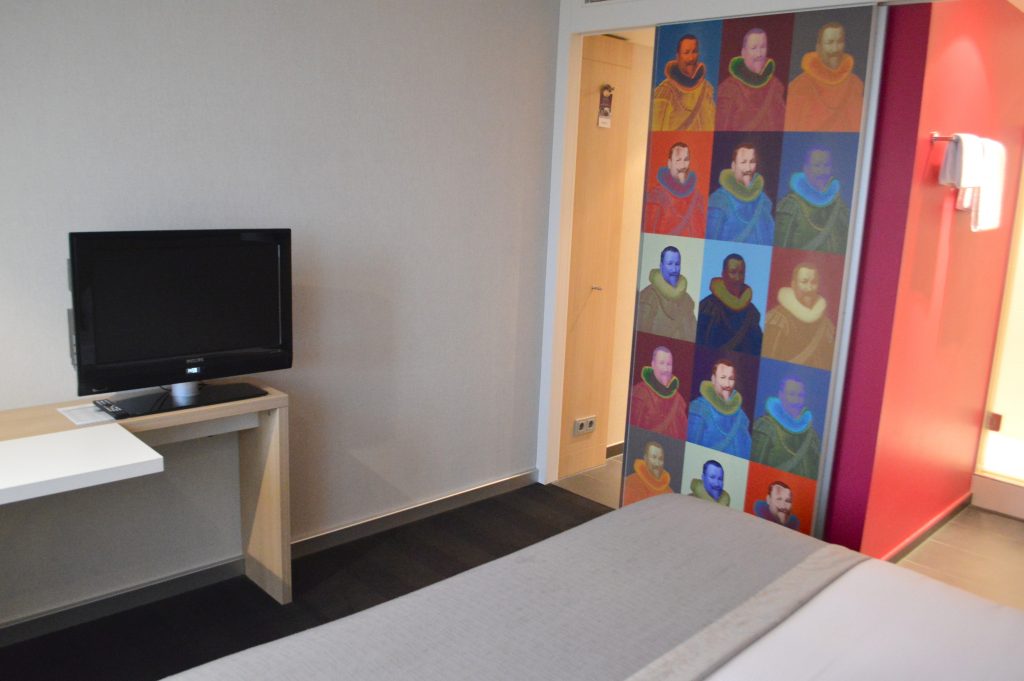 ROOM I was in the hotel before my companions and decided to use that time efficiently by making pictures of the hotel.

Some details about the room, all pretty standard: The shower had a rain shower and was ENORMOUS, the bed slept like a dream and the WiFi was good enough for me to work without being interrupted by shitty signals. Oh, and the room wasn’t that big, but definitely big enough for two people who don’t hate each other (yet*).

I had gone to Bikram Yoga before traveling to Amsterdam and had only had a banana afterwards, so I was STARVING. So I went downstairs for a late lunch. 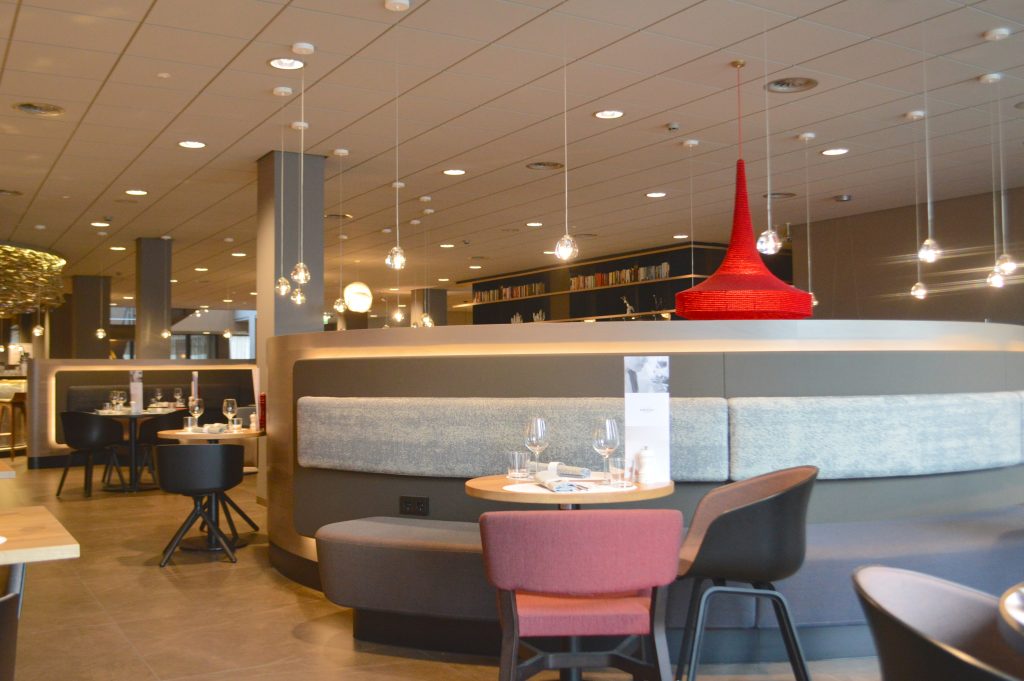 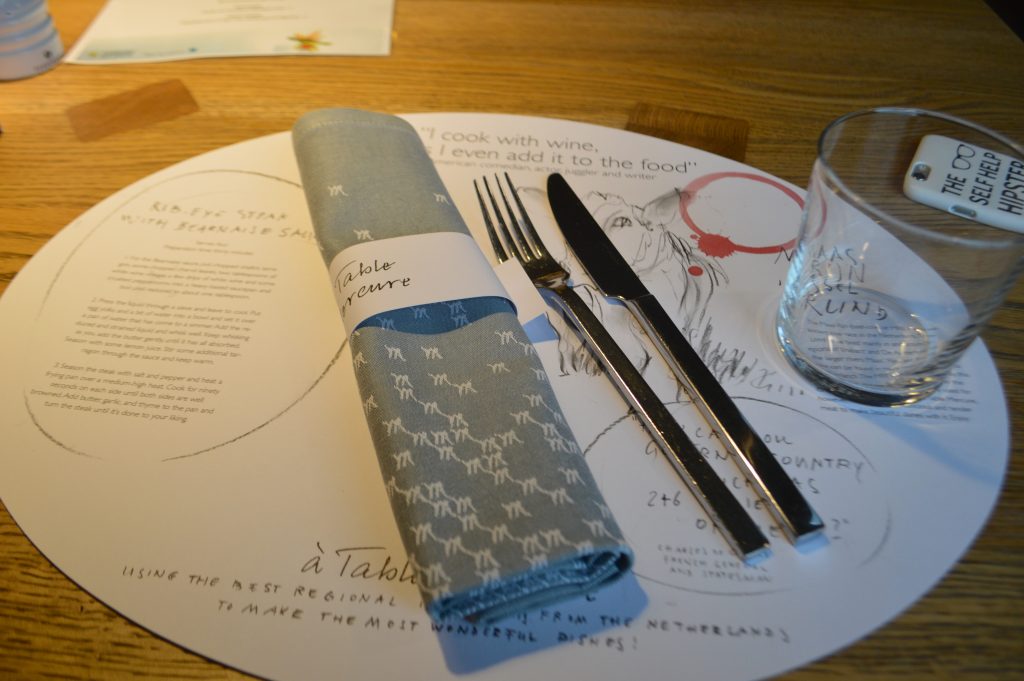 RESTAURANT Of course I like company, but I don’t mind eating alone in public places. I have a book on me at all times, or multiple if I have my iPad with me (spoiler alert, I probably do), and I can spill ketchup down the front of my shirt whether someone is sitting across from me or not.

I had a nice chat with the waitress, ordered the Mercure Burger with everything on it and a side of fries. That was a good move because ‘everything’ included bacon. Also, the little jars of ketchup and mayo are just absolutely precious. BAR & BREAKFAST In the evening we hung out at the bar before going to Awakenings and on Sunday morning Lin and I blogged from the bar area with orange juice and coffee. Not bad.

After that we went to the breakfast room, where we had more coffee, toast and eggs and I took like 3 bananas for the car ride home (I’m a sucker for carbs, ya’ll know that).

Plus, the burger helped. 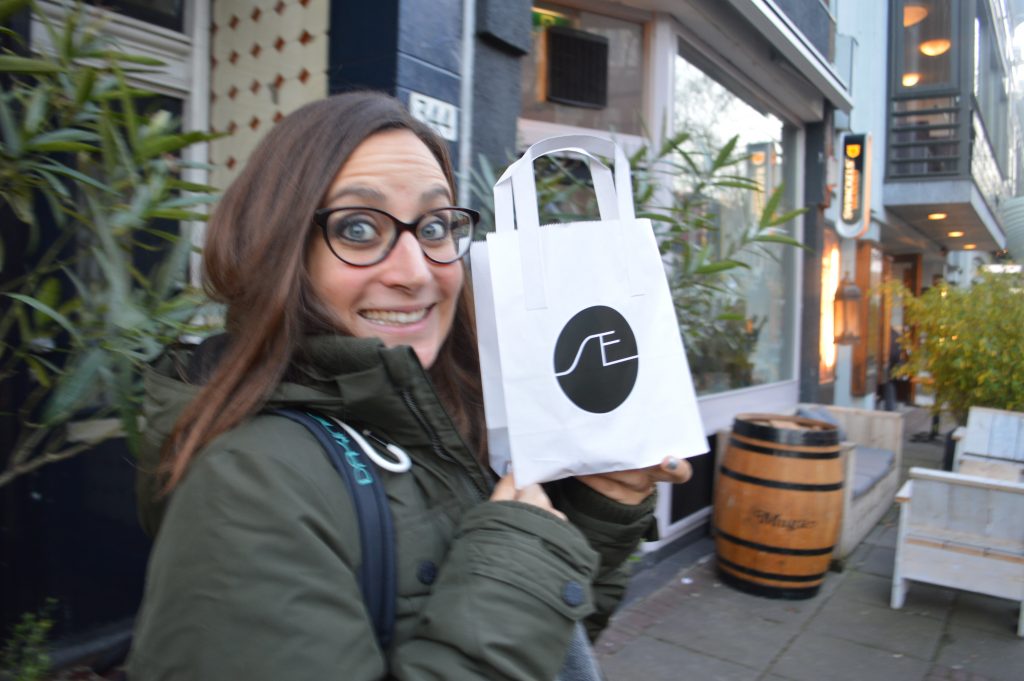 This doesn’t have much to do with the hotel but quick shout out to the Scandinavian Embassy. we had coffee and cake there (so good) and I sneaked a cinnamon swirl to go that was amazing. I was so happy about it I was making up songs about this pastry for like an hour. It was so good that Lin came by my room to get a bite after her nap. It was so good I need to go back to Amsterdam stat.

Moral of the story: Food is important and I love cinnamon.

*It’s not awkward unless we let it be awkward.