Watch out, I’m totally going to have an opinion about this.

This is about Francis Kenter, the Raw Food Mom, and the tv documentaries about her and her son Tom. In the documentaries, you see their raw food lifestyle and the battle with child protective services that ensued after the media got a hold of this ‘Crazy Person’ and her taking him out of school. Not going to mention it again, but I think homeschooling is a bad idea. Enough on that.

Before joining the masses who all have loud and obnoxious opinions, I watched interviews with Francis, the first documentary ‘Rauw‘ and finally the second documentary ‘Rauwer‘. I also watched de Planteneter‘s review of the whole thing, which is especially excellent and if you want to listen to someone normal who talks in a reasonable, constructive way about this whole thing, I recommend you watch his review.

I am not overestimating the importance of my opinion. I am just trying to construct it.

Let me start by telling you I totally have some reservations about Francis. I would never dispute the love she has for her son: It’s clear to me that she wants him to be the healthiest he can possibly be. She thinks raw food is the way. She’s not entirely wrong in that.

She does her research when it comes to food and health, and preaches there is lots of good stuff in the raw food lifestyle.  So far, so good. I love raw food and know the benefits of a (high percentage) raw food diet, so I’m inclined to be on board for a large part of it.

Me personally, I am totally allergic to her method: The radical black-or-white approach, her way is the only way, harshly reprimanding other people about what they are doing. Blegh.

And the funny thing is, I am totally on board with raw food, alkalinity/acidity, all that jazz! I just don’t want you to fucking start with me on how I should be living my life. So when Francis starts telling everyone and their mother how horrible cooked food is, how sugar is the devil and how meat and dairy gives us cancer, I think a) it’s not that simple and b) I want a cupcake, a steak, a cigarette and a deadline (stress is also a big factor in getting sick).

I started to get a little worried when I saw the way she talks to Tom about food. It creeped me out. She also lost major points for me when she started comparing cooked foods (meat and dairy) with cigarettes and heroine; if we were in a debate, she would have lost based on faulty reasoning. Giving a child some organic meat or milk is not the same as handing them a needle or a smoke when they’re 14.

That being said about how I feel about Francis and how she does things, the other party is in no way objective or innocent. The first doctor exclaims his growth curve is like a severely malnourished child, and I’m sorry, I think she got a little carried away with making good sound bites for the documentary. That good sound bite has been blown out of proportion by the Child Protective Services and everyone who watched the documentary. He is NOT a malnourished child. I totally acknowledge the possibility that he has a legit growth deficiency in comparison to his peers (but remain doubtful about the nutrient problem), that comparison is insulting. Tom was a happy kid before this whole media mess, and he totally eats.

Let’s not forget people, Tom does like raw food. Planteneter hypothesizes he should maybe eat more, and that could be the case: I really wouldn’t know. I know his diet may be mainly raw and maybe not versatile enough, but he likes to eat and he admits in the documentary that he sometimes eats cooked food now.

Francis, although in my opinion too rigid in this area, is objectively giving him a choice. Tom just doesn’t really know what he wants. Isn’t that understandable? All these conflicting things he hears are throwing him for a loop. His mom and raw foodists all over the world want him to be a beacon for raw food and how good it is for you. Child Protective Services and an entire fucking nation want him to rebel against his mother. Which will ultimately mean he’d be taken away from her and put in foster care. Jeez, talk about pressure.

It seems to me he’s just going through the motions of this whole circus he has been gotten into and from the latest news I gather he feels really horrible about the whole thing. Poor kid.

My main conclusion is that I don’t dig Francis’ method and that yes, Tom might need more freedom in his diet. Flexibility and experimenting for the win.

But the way everyone has taken a run with it is crazy. More importantly, I think that all this media coverage and the things that are being said about his mom is probably worse for him than all the green stuff she is making him eat.

And come on people. Let’s not forget that while the entire Dutch society is making a big deal out of this, there are thousands of kids who are overweight and underfed at the same time, with Red Bull for breakfast and microwaved pizza for lunch. But that issue is probably a little too mainstream. 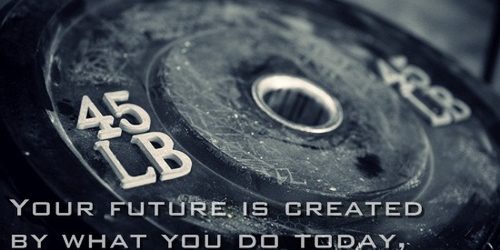 A Good Quote For A Monday. 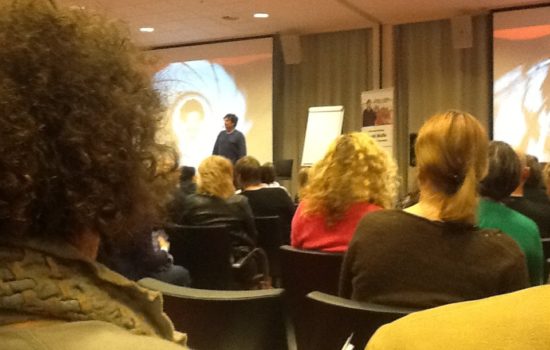