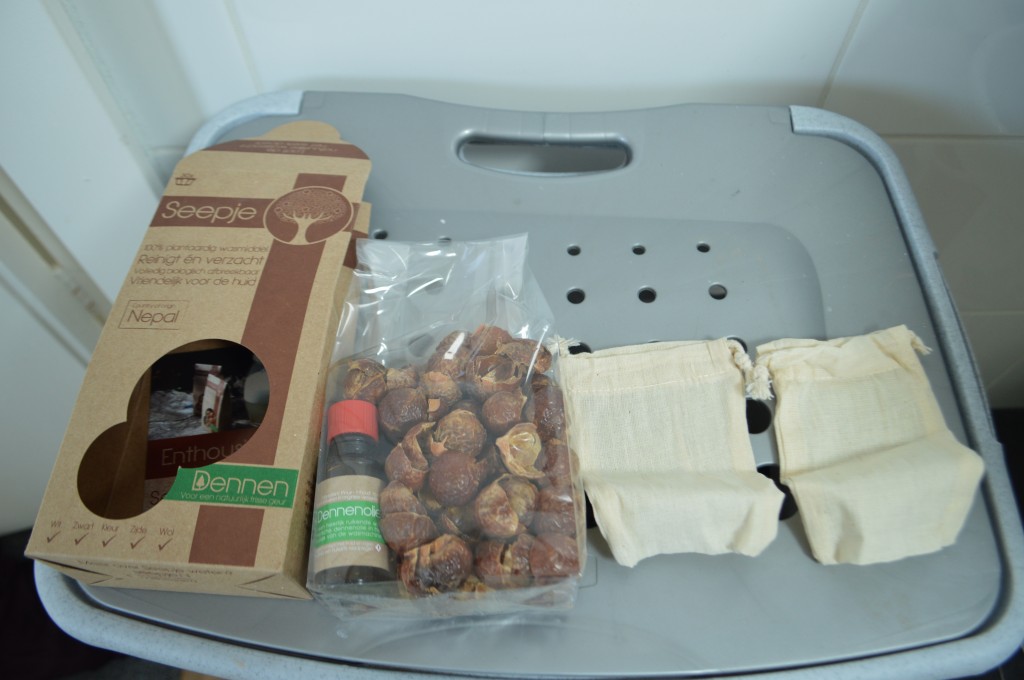 BACKSTORY My boyfriend doesn’t like Marqt, or going there. He thinks it’s an overhyped store where yuppies go to buy their (expensive) groceries just because it looks cool and industrial and the food there is branded as ‘hip.’

Last Saturday, in Marqt, I was approached by a cute guy with cool hair. If I had ever seen Seepje. A cute little brown box was shoved in my hands while he explained Seepje’s concept to me. Manfriend’s eyebrows raised to Marqt’s industrial-looking ceiling when I put the box in my shopping basket.

“Yes, yes, I’m a dumb consumer” I said as we walked to the Tony’s Chocolonely aisle. “Someone plugged this to me and now I am buying it. In my defense, I want to see how it works and write about it.” Manfriend sighed. “Can we just get that overpriced but amazing choocolate and get out of here?”

Read on for my product review about Seepje! 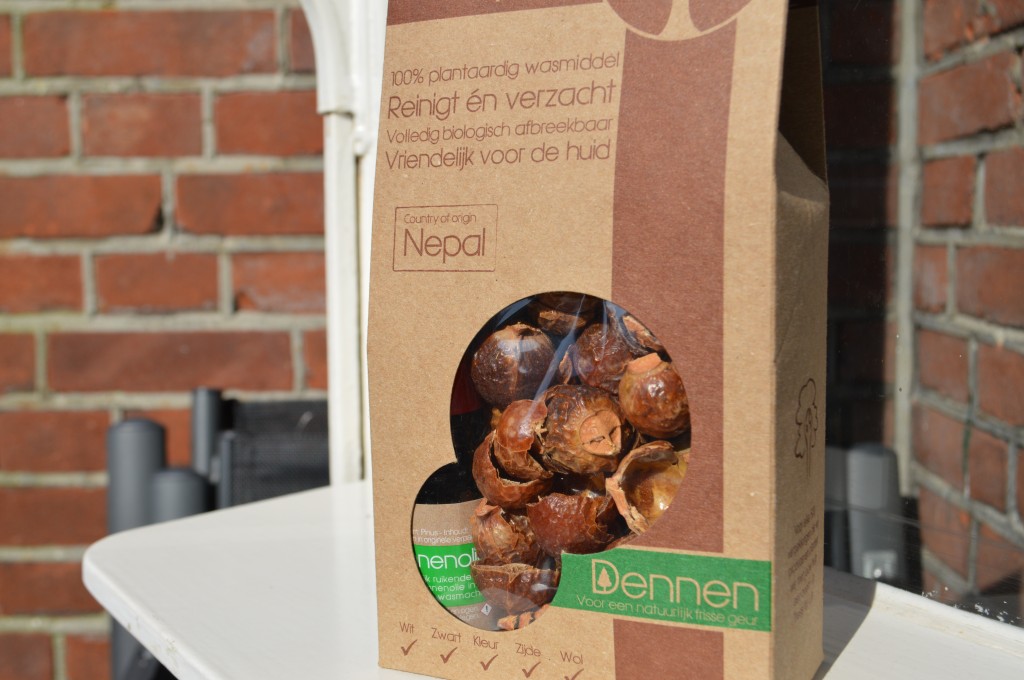 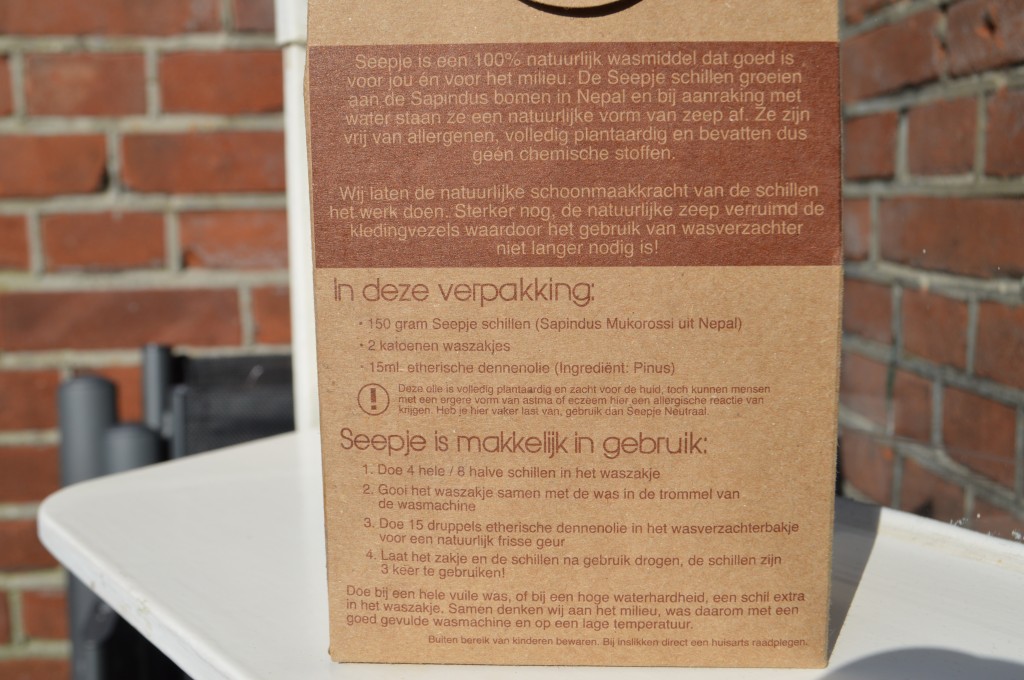 (Spot the grammatical error? Or is my Dutch going stale?)

SO. Seepje. Seepje is an all natural laundry detergent. Really natural. You are LITERALLY washing your clothes with plant stuff. 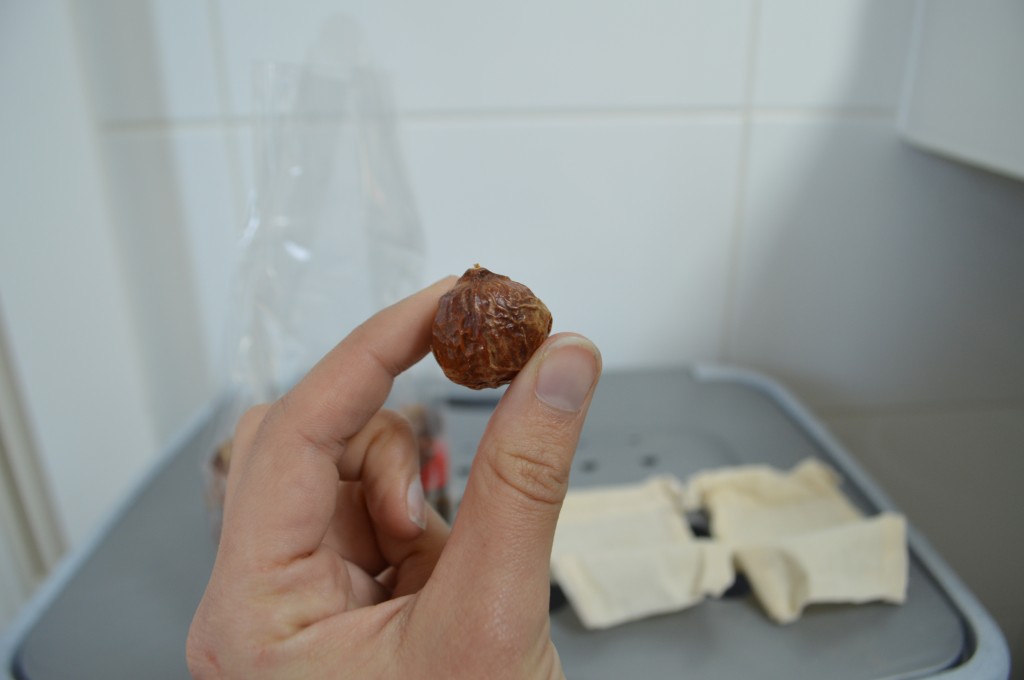 More specifically, this plant stuff? The shells from the Sapindus ‘soapnut.’ Apparently these shells were used by people before we came up with all sorts of handy but creepy chemicals for our dirty clothes. Because Seepje uses these shells, it’s all natural, good for your skin, your clothes and the environment.

I bought the pinetree-version, that’s good for 30 washes and costs 9,95.

The instructions are pretty easy.

EXPERIMENT 1 I put in a load of laundry that included my boyfriend’s running shirts, put in the bag with 4 shells, put 10 drops of the pinetree oil in the laundry detergent compartment and hoped for the best.

When the program was finished, I grabbed a clothing item and took a whiff: 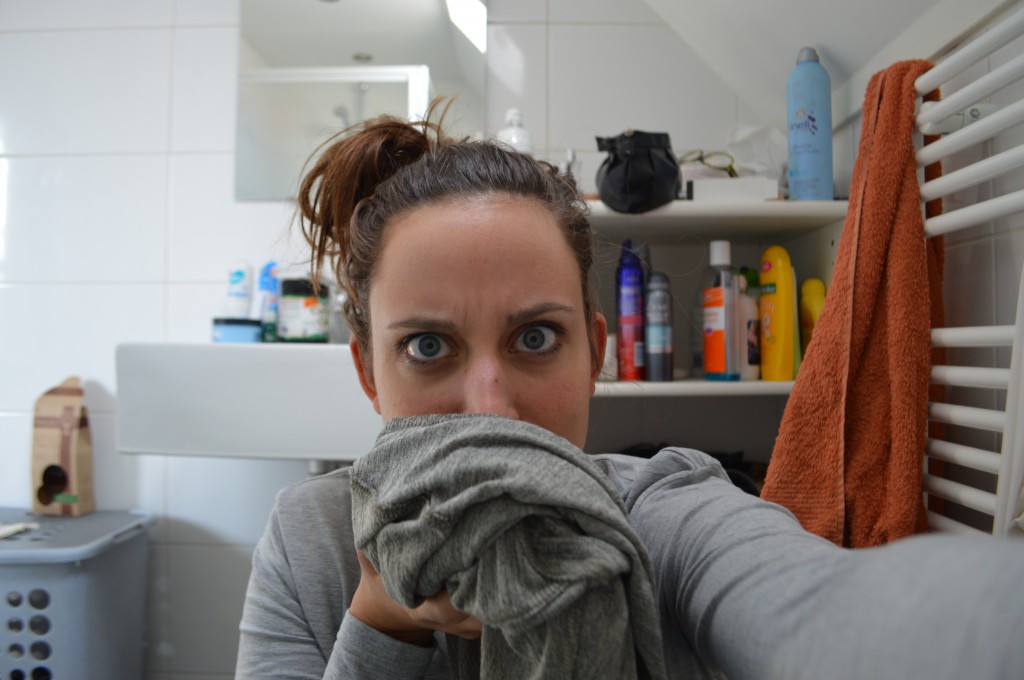 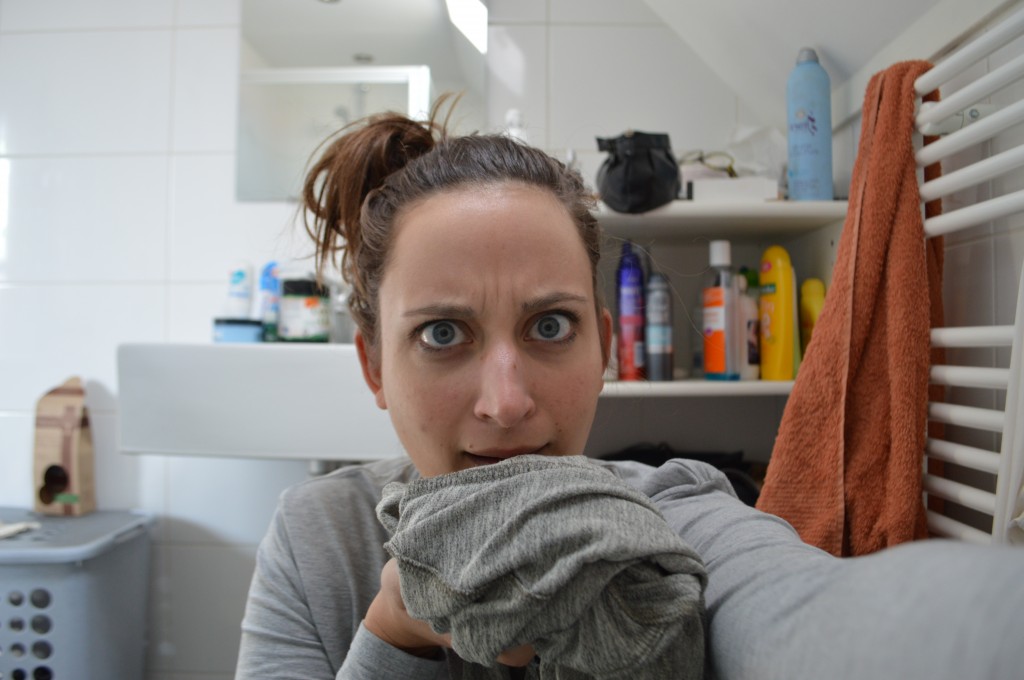 It smelled UNBELIEVABLE. Disclaimr: This is mostly because of the pine tree oil, not the soap nuts. But I’ll take it. It smells very good: Fresh, clean and slighty hippie-ish. I think Iris would love this. While I was hanging up the laundry I kept obsessively smelling everything. Even all Manfriend’s running shirts.

EXPERIMENT 2  To really put it to the test, I put in a load of Bikram yoga clothes (that stuff fucking reeks) on top of two dirty pairs of jeans.*  Repeated the whole 4-shells-and-pinetree-oil business and waited.

The jeans came out clean, which is great, but more importantly…The Bikram clothes came out smelling super fresh. That, my friend, is a fucking feat right there. 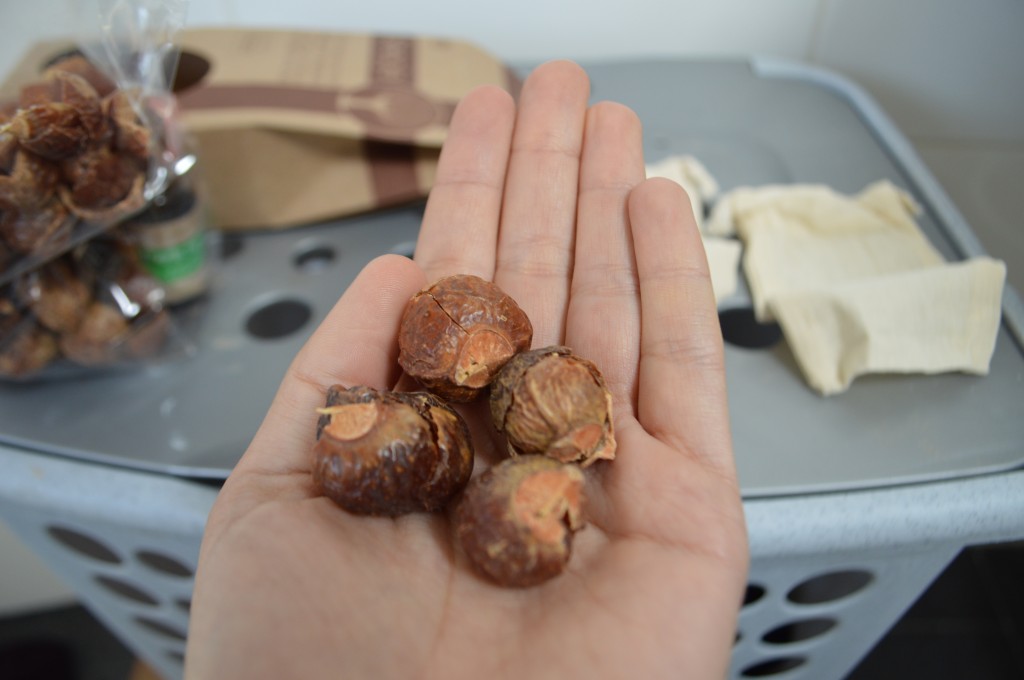 Your laundry is actually clean, it smell amazing and it’s all natural. I think that’s pretty cool. Manfriend probably won’t use Seepje when he’s in charge of laundry duty, but I definitely will. I’m going to use it mostly for gross Bikram gear and see if I want to buy it again. I might.

If you’re curious, check out their webshop or Marqt for Seepje.

…I know, I know. I’m now basically YOUR cute guy with cool hair plugging a product. Oh, the circle of consumerism.

*One had avocado stains and the other had soup stains. What can I say. I’m a mess. 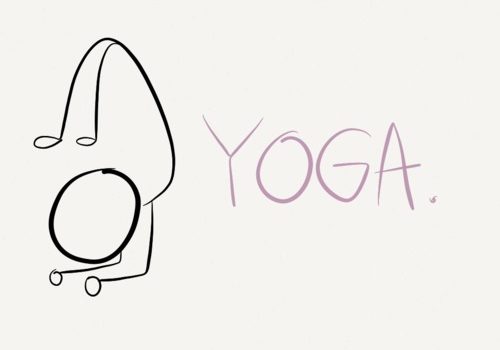 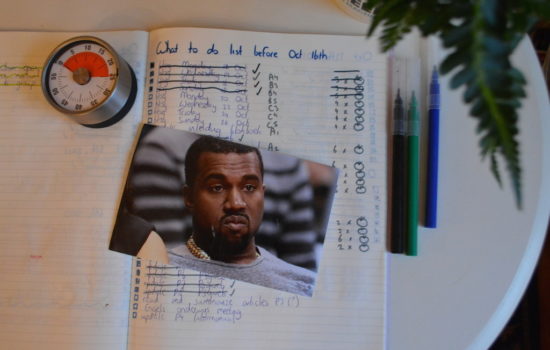 How To Have Your Most Productive Week Ever 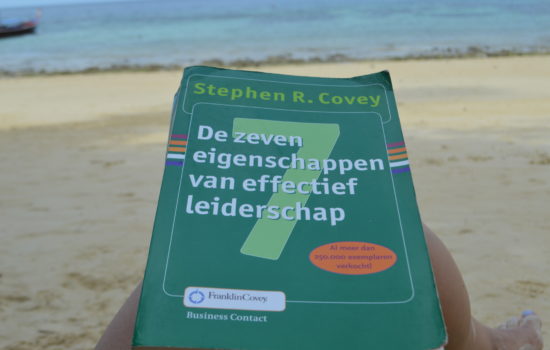