There are few things on the Internet that make me roll my eyes out of my head more violently than people who make an entire showboat production out of going offline for a couple of days or being off social media for a hot minute.

Millions of people are doing this every day without trying to sell the rights to their story to Lifetime or Broadway.

The only real thing you’ve done now is that you’ve made “quits social media” part of your social media identity. That, my sweet innocent lamb of the Internet, is weak rebranding at its best.

If you want to do something, you should just do it. Just fucking do it.

Hence, a weekend or so back I decided I wanted to be offline and then GASP. I went offline. I was offline.

This is my story. In theatres NEVER because it is in no way a big deal.

The only reason I went offline was that my brain felt clogged like a dirty sink. Nothing like some peace and quiet reclusion to clear your head. That’s all.

NO PHONE WEEKEND So I decided to turn my phone off for the weekend.  I just decided not to use my phone and kept it on the nightstand in the bedroom.

I literally only touched my phone three times that weekend: Once to text my BFF, once to turn off my notifications and once to take this dumb photo. #priorities

I only used the Internet on my laptop to upload pictures, schedule blog posts and watch RuPaul Drag Race reruns during my 5- and 25-minute Pomodoro breaks.

Now, I’m a person who’s bored at the first lull in a conversation, as soon as I finish wat I’m doing, the moment I’m waiting for the tea kettle. I need to be entertained. So I got out of my iPad with my iBooks.

And before I know it, I’ve read Workin’ it by RuPaul, half of the second book of the Percy Jackson series and Big Magic.

Not being on your phone?

It is very quiet. It makes you relaxed and can really clear your head, but it can also makes you antsy and agitated. At least, that’s how it was for me.

By not using my phone I realise how much I rely on the constant stimulation I get from my phone, my social media interaction and my connection to everyone everywhere. It’s a bit much in comparison to the sudden silence in my head.

What if something TERRIBLE happens and people try to reach me? What if the Internet finds out I’m actually a middle-aged man with a bald spot from Hoboken? What if this exact weekend, something revolutionary happens on the Internet and I miss it?!

Of course, I worried for nothing. Nothing terrible happened, my real pervy identity is still under wraps and as much as I love the Internet…it was same old same old.

My head feels emptier without other people’s stuff in it (which is why I always have notifications off for everything anyway). This was an upgrade of that, basically.

No Whatsapp chitchat, no continuous stream of information via Twitter, not checking my email or social media. I become more focused on my actual surroundings, and I channel my lack of stimulation into reading and writing.  I read 2,5 books, write half a book chapter and crank out 5 blog posts.

Being offline for a couple of days, especially during the weekend was nice. I felt good on the following Monday.

In a way it’s a next level recharge, which -okay fine- is harder to achieve because it is SO normal for us to have our phones surgically attached to the palm of our hands. To do things online while we’re doing things offline.

What really helped me was leave my phone in another room, just use it as a really fancy MP3-player (momma needs her Spotify) and have a book at the ready whenever I was bored, dozing off, waiting for my toast to pop out of the toaster.

I am going to do this same experiment during a workweek as well. I’m just gonna put my phone in my desk drawer at work and put an “if urgent/time-sensitivie, call a bitch”-status in whatsapp. See what that’s like.

What I’m trying to say with my THRILLING TALE of ‘I did not use my phone for two days’ is that this is hardly amazing, or hard, and definitely not worthy of praise or an entire production, but it can be good for you if you feel like it.

You have to change your mindset for a couple of days. That things can wait, that you want to be wherever you are at that time, that you’ll get back to the Awesomeness of the Internet soon enough.

I never said it isn’t healthy or sensible to go offline every now and then.

I mean, peace and quiet, landing in your own head again, getting back to your own brain? All that?

Sure. Is worth putting your phone away for a little while.

Just don’t expect a call from the New York Times about your incredible feat, that’s all.

Do it, enjoy the benefits and let that be the end of it. 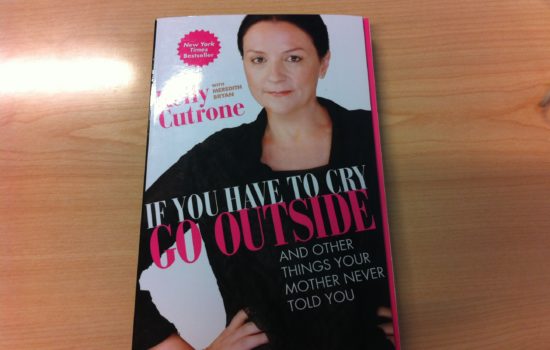 Self Help Book: If You Have To Cry, Go Outside. 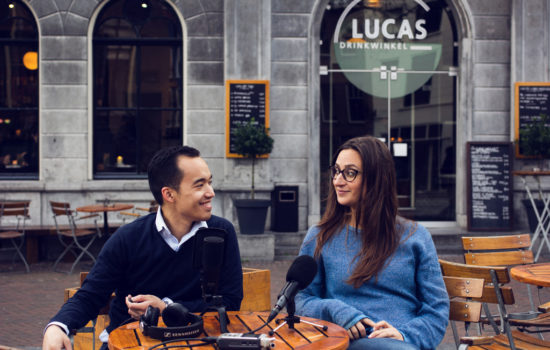