My Reiki practice is probably the most woo woo, spiritual thing about me at this point.

Yoga and mindfulness are super normal these days, my raw food phase is long gone (LOL, pass me the pasta please) and although I will always trust in certain elements of the Law of Attraction, the faults in the philosophy AND the threats I have gotten from The Secret Crazies cured me real good.

But Reiki? That’s my shit, man.

I’ve been initiated in Reiki 1 in 2012. It wasn’t always easy, and while it has brought me many great things, it has made my life harder too.

If you’re curious about Reiki and my experiences with it, read on. Warning: Some special snow flaking and energy musings after the jump.

WHAT IS REIKI? Reiki is energy that you channel through your hands that can supposedly benefit your physical, emotional, mental or spiritual well being. A Reiki practitioner does not have extra energy lying around, a Reiki practitioner channels Universe-Life-Who Even Knows Where It Comes From energy through their hands to the other person.

In the first article I ever wrote about it, I wrote: “For those of you who are unfamiliar with Reiki: It’s energetic healing through hands. The idea is that you transfer energy through your hands to the person you are treating. This does not result in some sort of creepy Church Cult miracle cure, but it does set in motion the process of (energetic) self healing which can ultimately do you a world of good in physical, mental but also spiritual and emotional aspects.”

…That may sound a little out there. I get that.

But to me, it’s based on the simple principle that everything has a certain energy. Things, situations, places, people, including ourselves. I don’t know if it’s energy-energy in the objective physical sense, or if it’s the accumulation of a thousand little signals that we as people interpret as a general impression we then call energy. Maybe it’s both, I don’t know.

But I do know that everyone knows what I’m talking about when I say that someone’s energy can either attract or repel you. Or that the energy in an office building can either deplete you or recharge you. Or that when you walk into a room, you can feel the general vibe in there. When you’re in a situation, you know it’s not for you; or it’s exactly right.

Emotions, thoughts and behavior are connected to that energy too, I think. And it can (partially) be used as a compass: The energy that attracts could be used as a guide to people, situations and thing that are good for you.

I’m perceptive to it, always have been. Reiki was just one extra step for me. It says you can become more attuned to energy, that you can channel it and that if you allow it, the energy can do what it needs to do.

BABY’S FIRST REIKI My first Reiki experience was with Ann in Rotterdam.

Ann is a woman who is very intuitive, very feeling, and at the same time completely down to earth. She taught me that spirituality can be a part of self development. You don’t have to be a reincarnated Star Child of Uranus or contemplate the Universe while waving around incense sticks and singing Kumbaya to be spiritual. You can be a very practical reality-minded person and be spiritual at the same time.

Ann gave me reiki – that made things happen in my energetic body. I could feel it, which was a very bizarre but beautiful sensation to me. I could feel waves of energy over and in me, at one point I felt something that could only be described as ‘a valve being opened’ in my lower back. The energy has an effect on your emotions too, bringing a lot of them out.

After that first time, I cried for three days. So much of my bottled up emotions came out that weekend, I was a mess. I had a few conversations with friends and family that cleared up the air too. Afterwards, I did feel tons lighter. More grounded too: I’m all up in my head a lot of the time, the energy was now more balanced.

In the mean time, I had also met I: a blog reader who became a friend of mine. She had had her Reiki 1 and 2 initiation for a while, and offered to give me a Reiki treatment. I knew very little of it still, but I was interested in Reiki and I liked her so I accepted.

Getting Reiki from I. was different, but very nice and relaxing. She referred me to a Reiki Master that was reliable and recommended, saying it would be a good fit should I want to do Reiki 1. In September 2012 I took the plunge and did a 4-day course.

THE COURSE That was cool. And hard to explain. I learnt the principles behind Reiki, the way you can treat yourself and others, and you are initiated so you’re attuned to the Ki/energy. Which means the Reiki master takes you in a room and molests you.

The Reiki master does take you into a private room where you hold your hands above your head and you sit their with your eyes closed and they do something. I honestly don’t know what, I had my eyes closed. Maybe she just did a funny dance. Who knows?

But a couple of hours after the first initiation my hands started tingling. They haven’t stopped since. That’s been my new normal since then.

One thing I do remember is that during one of the initiations she did something and I swear to God, it felt like she poured a cup of sunlight down my head and spine. It was super weird but one of the most incredible things I’ve ever felt.

REIKI 1 THEN It was very exciting and interesting at first! I had been pretty sensitive to people and things before, but this exposed nerve endings I never even knew I had. The way I now had to listen to myself, my body and my soul had gone Next Level, and that was fascinating…But not easy. Still isn’t. Because it could be so hard to deal with at times, I found ways to shut it out too.

My routine was giving myself Reiki before going to sleep, which worked like a charm because I would always fall asleep halfway through. Yay sleep. I did a few Reiki sessions with close friends, but that was about it.

Other than that, no huge changes.

When bad things happen, they hit me hard. But hey, forever learning from hardships – you don’t become wise and awesome from always walking on the sunny path.

Reiki to me now is like flossing. It’s better if I do it, but when I forget or don’t have time the world doesn’t end.

I have been practicing Reiki mostly as an effective way to go to sleep, and still do. When I do chakra-based meditations I use Reiki too. When I feel stressed I put my hands on my chest (popular anti-stress Reiki tip) and when I comfort someone else who is having a hard time I think of Love & Energy.

To me, it’s normal. It’s always there, it’s made me more intuitive and even though it sucks sometimes, I wouldn’t want to miss it. Most importantly, it’s personal. I do reiki for me, and nobody else.

I’m not someone who’s gonna put their hand to your forehead and start diagnosing you with all sort of weird energetic malfunctions – I like not being a lunatic, thank you very much.

If you have any questions about reiki and my experiences, ask ’em below. I actually try to answer in the comments these days. 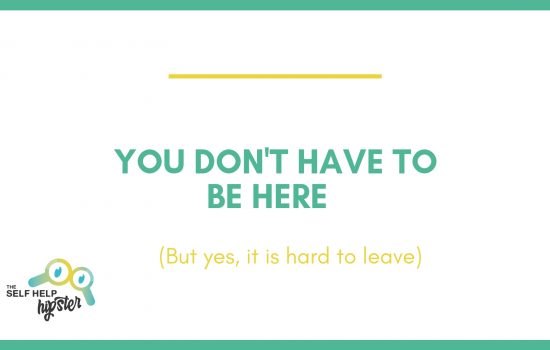 You Don’t Have To Be Here 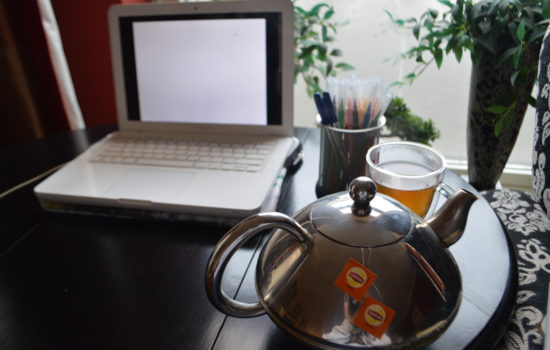 Be Wildly Curious About YOUR Life