I hadn’t realised I hadn’t written a post similar to this one in OVER TWO YEARS, so I have a lot of recommendations for you if you want to read some new awesome (young adult) books.

These are the books I read over the past year or so!

I still read every night before bed and when I love a story, I burn my way through it in a matter of days. Hours if I really put my mind to it.

It is scientifically proven that reading is one of the most relaxing things you can do (more than other things even) – it slows down your breathing and your heart rate, which is why it’s perfect to incorporate in a bedtime ritual.

Here’s the list of my favourite books of the past year or so.

This series is not as steamy as the Court-series I wrote about in the previous blog post. However, technically speaking this is definitely a better saga, if you will.

Sarah J Maas has created this epic tale around Selena Galynthius in an epic world full of old-time fantasy characters like elves and fae and witches and wyverns. It’s very cool.

The series wrapped up with a stunner of a finale last fall and it was some of the best fantasy I’ve read in a while. Book 1 is kind of weirdly written if you compare it to the rest, but in book two she really gets the show on the road.

I’m thinking about buying this box myself (I’ve read them on Kindle but these are so epic I want them on print) but if you want to start, start with Throne of Glass AND Crown of Midnight.

I’m including this one more for lolz than for anything else.

I LOVED these when I was a teen, such smutty books in a fantasy world. Turns out it was either hormones kicking in or I just had terrible taste back then. (Probably both.)

They make zero sense, the story is incredibly convoluted and I don’t even think the sex scenes are that well-written or hot anymore. They’re no Court of Mist and Fury, if ya know what I mean.

I reread them for old time sake, and if you’re into Harlequin-esque elf books with a lot of descriptives and dialogues, in a story that only BARELY goes somewhere, go off I guess. If not, steer clear.

Bol.com is like ‘fuck you we’re not selling this drivel’ but Amazon Kindle always comes through for us perverts.

When I saw that wickedly cool trailer for Good Omens I immediately started reading Good Omens. I had had it on my Kindle forever, and it really is a classic.

It’s fun, funny, great story and great writing. I’m going to do that online storytelling class by Neil Gaiman and read a lot more by them both the upcoming year.

I’ve read Neil Gaiman’s American Gods, The Ocean By The End of the Lake and Graveyard Boy, but nothing by Terry Pratchett yet.

Where to buy? A paperback at Bol.com is just 8,99 right now.

(Also, WATCH THE AMAZON PRIME SERIES, it is SO FUN!)

A magical story about two sisters (there’s quite a few books I read the past year with sisters) get invited to a once-a-year, exclusive magical live performance where the audience participates. The protagonist has been obsessed with this Caraval as long as she lives. To escape a betrothal of her sister, they go and during the Caraval a lot happens that changes everything.

Apparently there is a third book called Finale, which makes me think I maybe haven’t finished Legendary and I need to, because I thought there would just be two.

You can buy the paperback here, and if you want to read it in Dutch you can too: My favorite online writer to follow on Instagram, Chinouk Thijssen translated the book!

I’ve read both this one, Song of Achilles and Galatea. The only one I wouldn’t really recommend was Galatea, I just didn’t really think that one is interesting. The other two are, though.

I love Greek mythology and when people retell a classic in an interesting new way, and Madeline Miller has done so with this book. I really liked Circe.

One f the most beautiful and tragic lovestories I’ve ever read. I recommend it to everyone, especially anyone who likes Greek mythology. It’s about Patrocles and Achilles, and their lovestory.

I cried like a baby during the last bit.

If you want to purchase this stunning story in paperback, click here.

If you’d like to be emotionally destroyed and sob incontrollably through the entire last half of this book, go read ‘A Little Life’

At first I resisted, and during the first chapters of this book I was mostly confused about who was who, but once you’ve got it, it is one of those stories that touches you, breaks you and then changes you.

I read this only a few weeks ago and I burned through these books, if you will. Finished all three in less than a week.

A Fireblood girl is taken by Frostbloods to help them take down their evil king, but it turns out everything is a lot more complicated than it seems.

The Bear and the Nightingale Series – Katherine Arden

Set in Russia, a fairytale of sorts, and the protagonist is a strong girl who believes in freedom, her own decisions and heart, and who falls in love.

Three books to enjoy and swoon over. Try the first one here or get the ebook below.

By the same author as the previous trilogy, perhaps a children’s book, but a good scary story that is easy to read.

A girl who has lost her mom goes on a field trip and turns out, farms and scarecrows are still as scary as they were during Children of the Corn.

I highly recommend; easy and fun scary story, fun to read with a child I think.

You can get it here, or here:

This is such a beautiful story.

You meet Clara, Maren and O’Neill. Claire was brought to her aunt by a stork, Maren came out of a shell, and O’Neill was found by the woman’s husband under an apple tree. As Maren slowly turns into a mermaid, Clara and O’Neill try desperately to save Maren and return her to the ocean.

It’s kinda like Frozen with the sisterly love, but has more to it.

Easy to read, with lovely and beautiful sentences, and I cried at the end.

Where to buy? For 12 euros you can buy the paperback here, or the Kindle version for 3.99$ below!

This is such a good series, I can’t wait for the third book – it’s coming out in September.

In this world, magic is a scary underground thing where you need slaves to get possessed by numen, fiery beings from a different plane of existence.

A girl escapes her master who as it turns out, wants to bring the worst numen from that plane to destroy the world. With the help from a charming thief, she tries to save the fellow slaves and prevent world destruction.

Get the first one here or below:

By the same author, really interesting and pretty fairytale, kind of.

It’s about a magical baker, and you should just read it. Buy it here, or below. It’s cheaper on Kindle and it’s such a breezy book, it’s fine as an ebook.

Horrible but gripping story about a girl called Turtle who grows up with her survivalist nut job of a dad in the woods, and then meets a few boys and a little girl that change the course of her life.

You can buy the paperback here for 12 euros or do as I do and buy the Kindle version via the link below!

I’m a sucker for reinventions of the classics, especially if suddenly we see everything from a woman’s perspective. This story is about Elizabeth Frankenstein, the girl who grew up with the boy who will become Doctor Frankenstein and who loves him, and goes looking for him when he disappears from the place he was studying.

It’s a very interesting and scary story, and it shows exactly how sometimes the things we do for love, are the very things that make the person we love into a monster.

I’m going to read a lot more by Kiersten White upcoming year, that’s for sure.

You can buy the paperback here for 12 euros, or click below for the Kindle version, for only 8.32$. Fun fact: The copy of the actual story about Frankenstein’s monster by Mary Shelby is the second half of the book!

By the author of some of my favorite books EVER (Daughter of Smoke and Bone series), such a well-written and ethereal story. Full of legends, poetry and love.

It is well-written, heartbreaking and especially during Muse of Nightmares it is so great to see how everything pans out.

Buy the paperback here for 12 euros , or below:

I literally finished these last weekend, and really fun! Good story, set in France, in which ‘Beasties’ are animals turned people and used to help magical people like witches.

Can’t wait for the sequel that is coming out in a couple of days!

Get the paperback here, or below.

This is such an interesting take on Alice in Wonderland, scarier and darker, but also more fun. The series is called the Nightmare Verse, I haven’t gotten around to reading the second instalment: A Dream So Dark.

Incredible about this book is that the protagonist is a black girl and the book also touches upon the horrible terror that you can get attacked or killed just because of the color of your skin.

This might be one of the most terrifying books I have ever read. It combines a few of my greatest fears (caving, being underground and diving) into a goosebump-filled adventure as you follow Gyre, an inexperienced caver who lied on her resume in order to get this job, go deeper and deeper into the cave — as well as into the complicated backstory of her handler, Em.

Guys. It is so scary. And so good. Go read it. It’s 14 euros here, or available on Amazon.

The Girl From Everwhere – Heidi Heilig

Timetravel always gives me a headache, but this piratey-spin on int is really fun.

You can buy the paperback for 9,99 on Bol.com and I was pleased to find out there is a second book now: The Ship Beyond Time. Definitely reading this as soon as I finish Frost!

As always, I’d love it if you reciprocate with your own (non)-fiction recommendations: Let me know in the comments below what books you loved the past year.

Have a lovely Sunday! 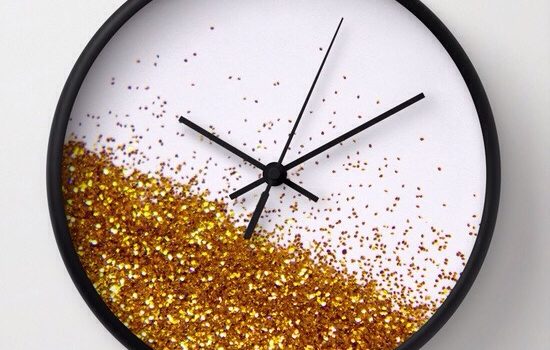 Your Relationship with Time: Make Time Your Ally.

This Is Not A Helpful Article, But There IS Champagne!