A while ago, I did a Mary Jarvis yoga class and lived to tell the tale. Who is Mary Jarvis, and what was the class like? I’ll tell you all about it after the jump. Let’s go.

MARY JARVIS Mary is quite an elusive person on the internet. You can hardly find any pictures of her. The only one really readily available is the one on the flyer above.

But Mary Jarvis is widely regarded as the Godmother of Bikram Yoga (Benjamin Lorr even wrote quite a bit about her in his book Hell Bent!). She was one of the first Bikram Yoga students and then teachers. The majority of Dutch yoga school owners and teachers have been taught by her.

Mary also trained the Bikram yoga students for the competitions for a long time. Sarea, my former yoga teacher and -in my eyes- champion of all time, would be a good example to look at. She spent a lot of time with Mary before coming in third in the World Championships. Pro tip: Don’t freak out.

In 2011 I went to a seminar with Mary that was very inspiring and motivating. In fact, something she said there inspired the tattoo I got two years later. When I found out she was teaching a class in Rotterdam on April 1oth, I immediately booked a spot.

THE CLASS Yoga Boy was already in the hot room when I arrived, as well as a student of mine who got the Bikram Bug through me and my blog. She has been going at it like a damn champ from the get-go.

I put my mat in between them and then we waited for a while. 15 minutes later, in walks this middle-aged woman in black leggings and a black tanktop, long blonde hair flowing, short stature and curvy, with a big ass grin on her face and a mic 0n.

My impressions of this Mary Jarvis’ class:

But the one thing that I still remember (mind you, this class was April 10th) most is that during the class she yelled out:

“To anyone who needs to hear this, STOP TRYING TO KICK YOUR OWN ASS. That’s not what the yoga is for! Stop kicking your own ass!”

…I needed to hear that. If there is anyone who needs to keep that in mind, it’s me. I try to kick my ass all the damn time, in ALL the damn ways.

So I stopped kicking my own ass. I decided to stop forcing myself for a while. See what would happen.

And so I did a few more yoga classes at Bikram but when my card expired I decided to take a break. I joined Lin’s 30 Yoga Days challenge. Right now I flap around on my yoga mat for 10 minutes when I feel like it with the Erin Motz videos. Tonight Lin is taking me to an acro yoga workshop, and this weekend I might go take a yoga class at the Bikram Yoga studio, because Esak Garcia* is teaching.

Because that’s the thing: I always come back. Whether it’s in 1, 2 or 4 weeks, eventually I get this feeling and before I know it I’m coming out of the hot room, dripping in sweat. Sometimes it takes a while, but I always find my way back into the studio.

I just haven’t found my way into a peaceful practice yet.

But you know what? Maybe the breaks and the breakdowns are part of my yoga practice too. Maybe I need to just accept this.

And no matter what anyone else thinks or says about my yoga practice, it’s mine and I love it. And I’ll figure it out. Always do.

Law of Attraction: A trick to figure out what you want. 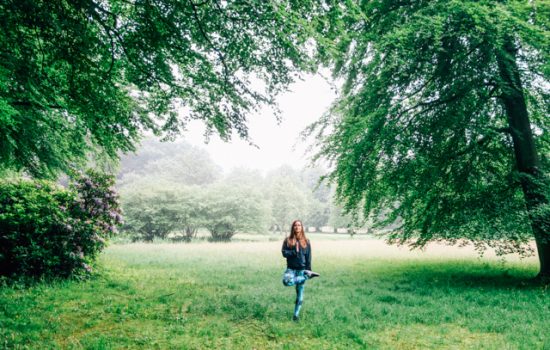 The Bikram Principles – In Life