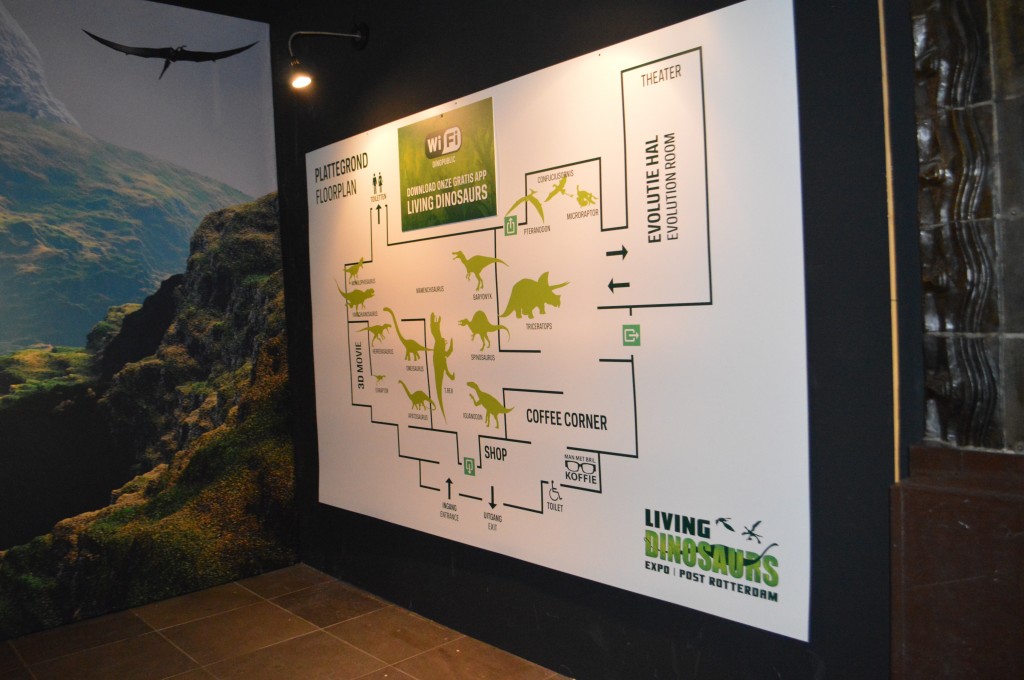 I was invited to the opening of the Living Dinosaur exposition in Post Rotterdam last week because of my blog. Feel free to be confused about that, because I was too for a second. However, I love things happening in Rotterdam, evolution and ancient overgrown lizards.

So I obviously I told them I would go to the Living Dinosaurs Rotterdam thing and write about it. And I had the best date I could have hoped to take to such an event. Check it out.

Worst girlfriend ever alert: When I was told I could bring a date, Manfriend didn’t even cross my mind*.  Instead, I immediately texted my 13-year old cousin if he was available that Thursday! He and his younger brother love dinosaurs.

When I received a message he was free and would like to go with me, I was pumped. Correct, I will not let ANY opportunity pass me by to be the Cool Cousin. 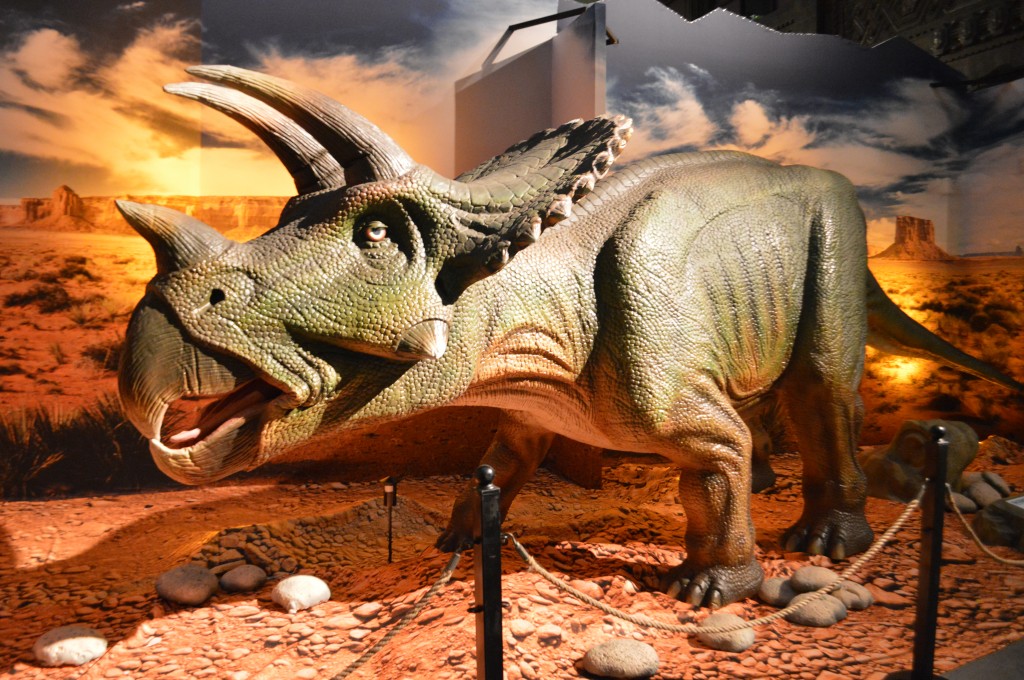 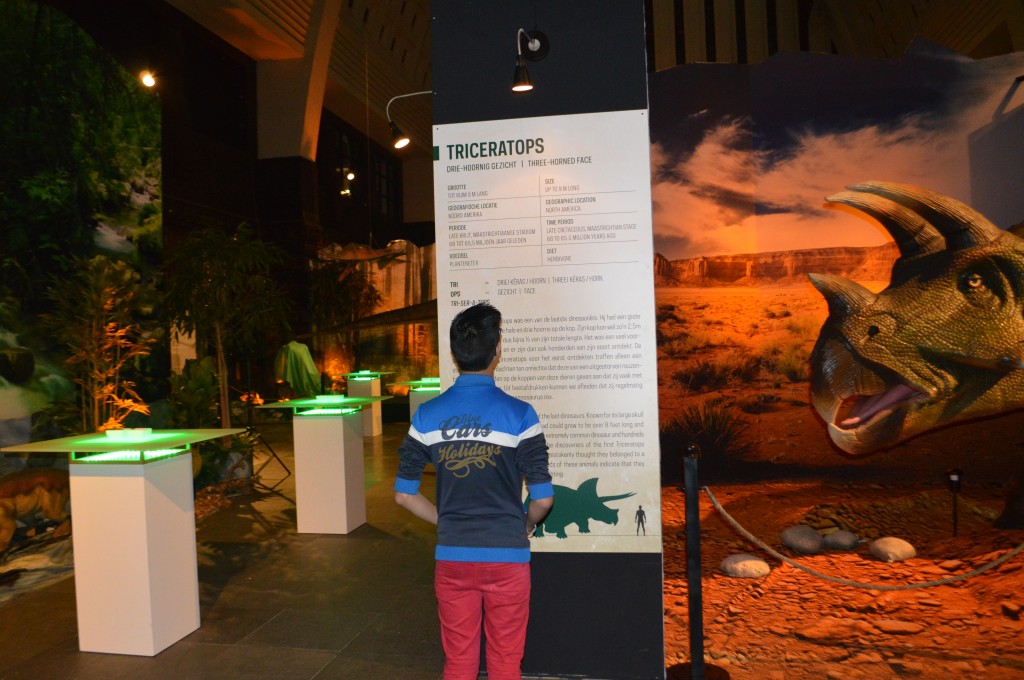 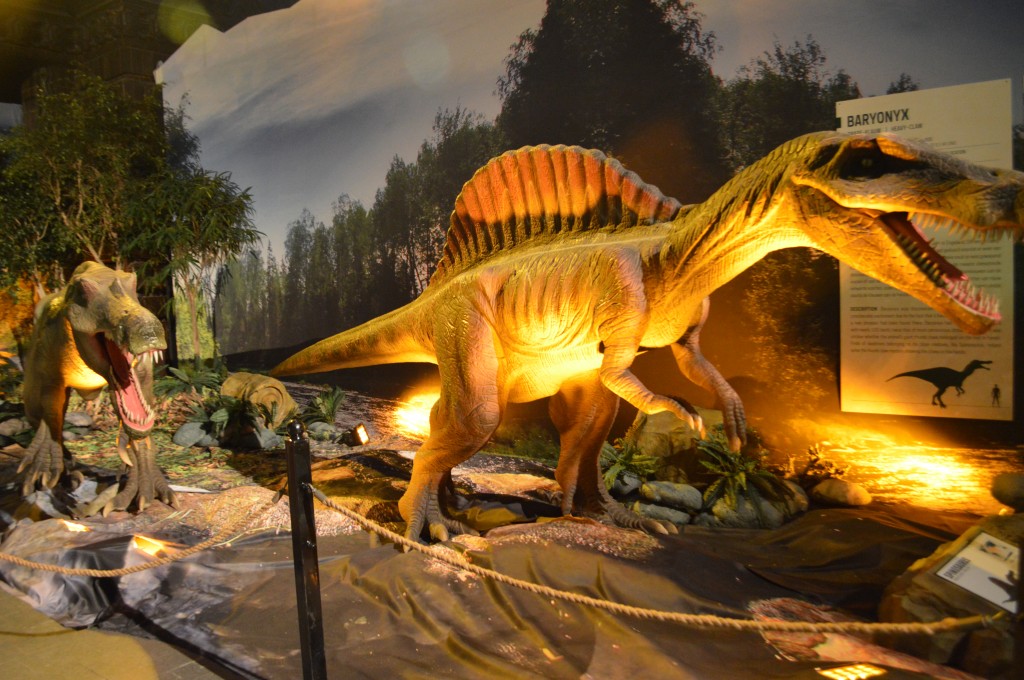 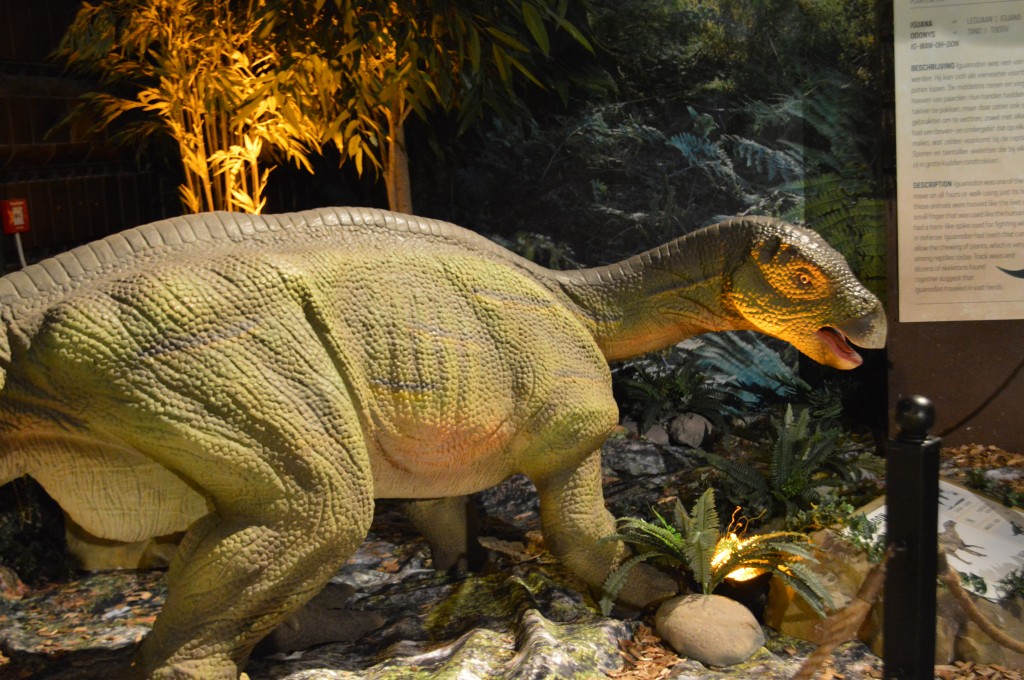 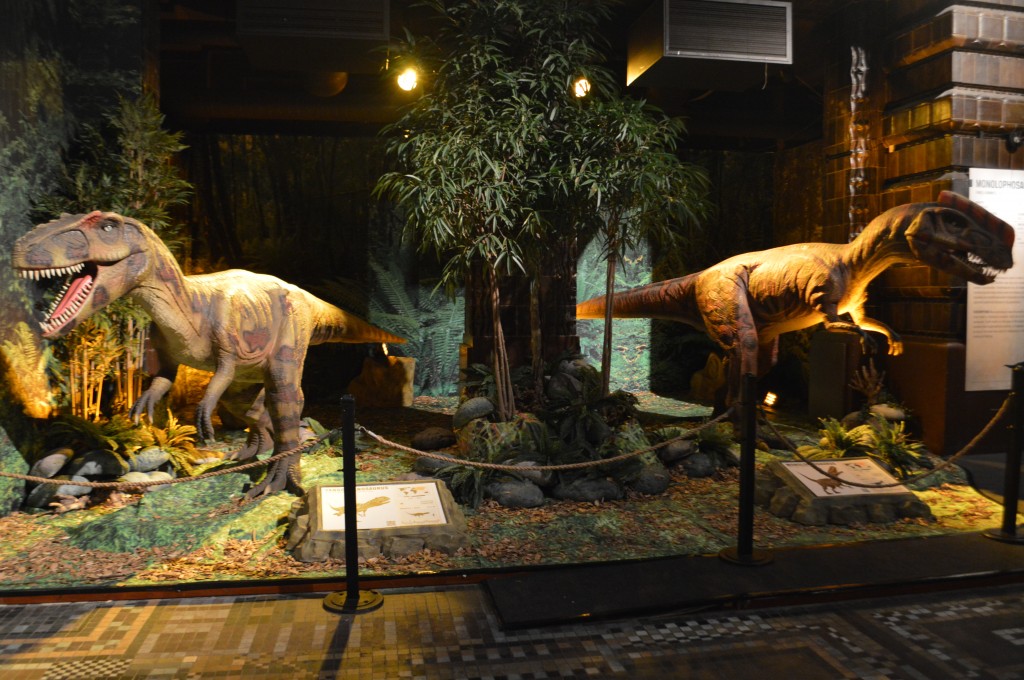 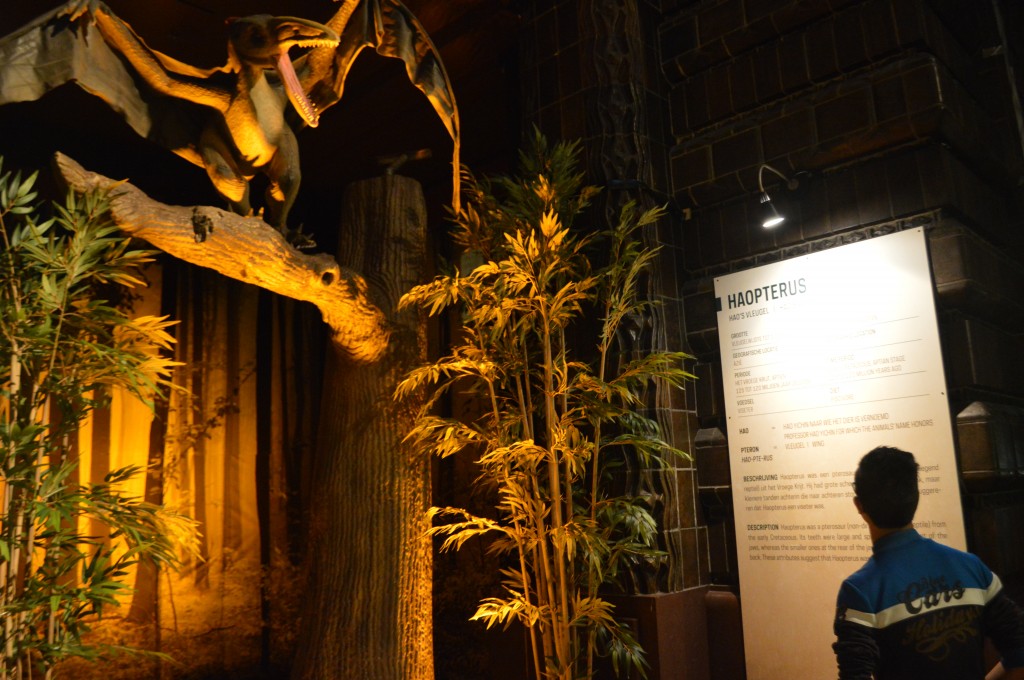 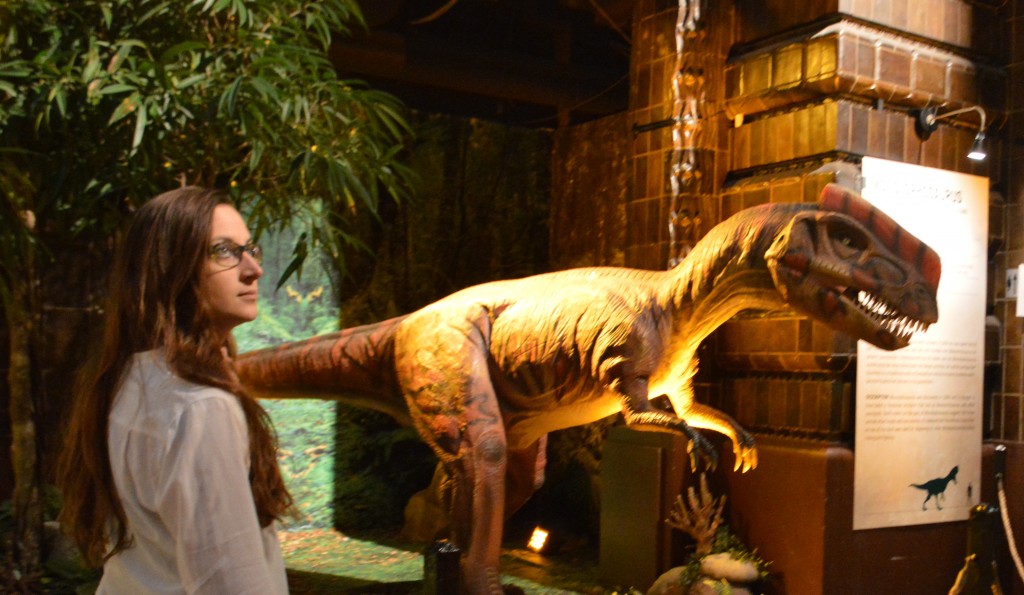 Post (the old post office) is hosting 13 Living Dinosaurs at the moment – This is the first time the exposition has traveled to Europe.

Living Dinosaurs Rotterdam really is cool: Lifelike, moving dinosaurs, with sounds as scientists hypothesize they would have sounded when they were still running this town. And by town I mean earth.

I think this exposition has two major strengths. One, it’s not too big. Me and my cousin are fast readers and fast walkers, and we saw everything in about an hour. Two, it’s a fun exposition for kids of any age.

The little ones are going to be super impressed with all the big moving dinosaurs, the middle ones can run from one dinosaur to another and try to pronounce the difficult names and the older ones can actually learn something about the dinosaurs and my favorite thing ever: Evolution. 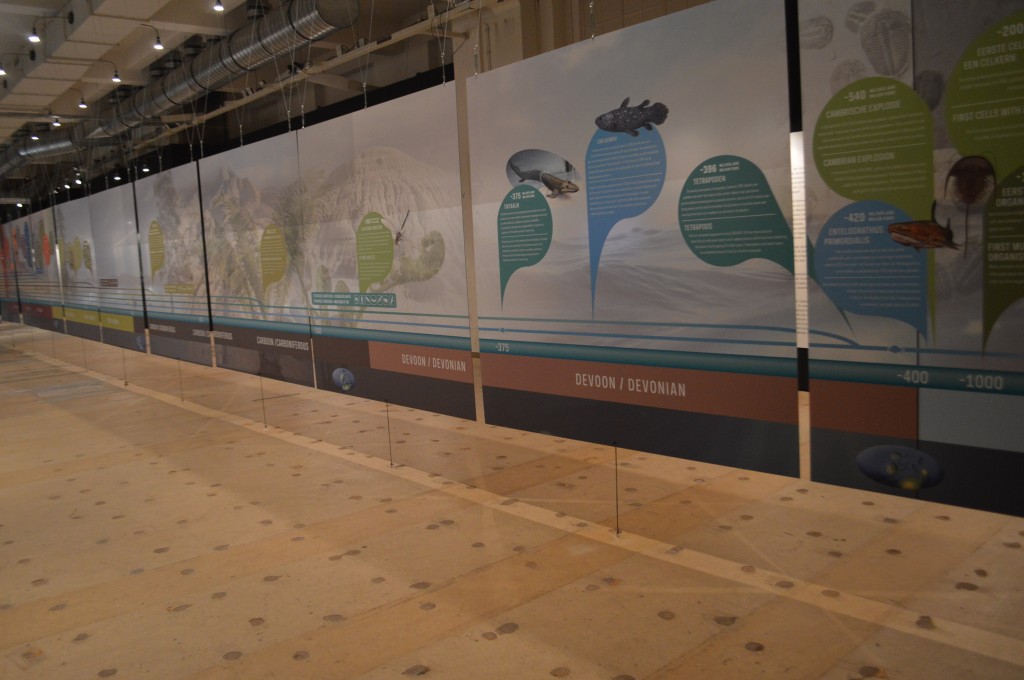 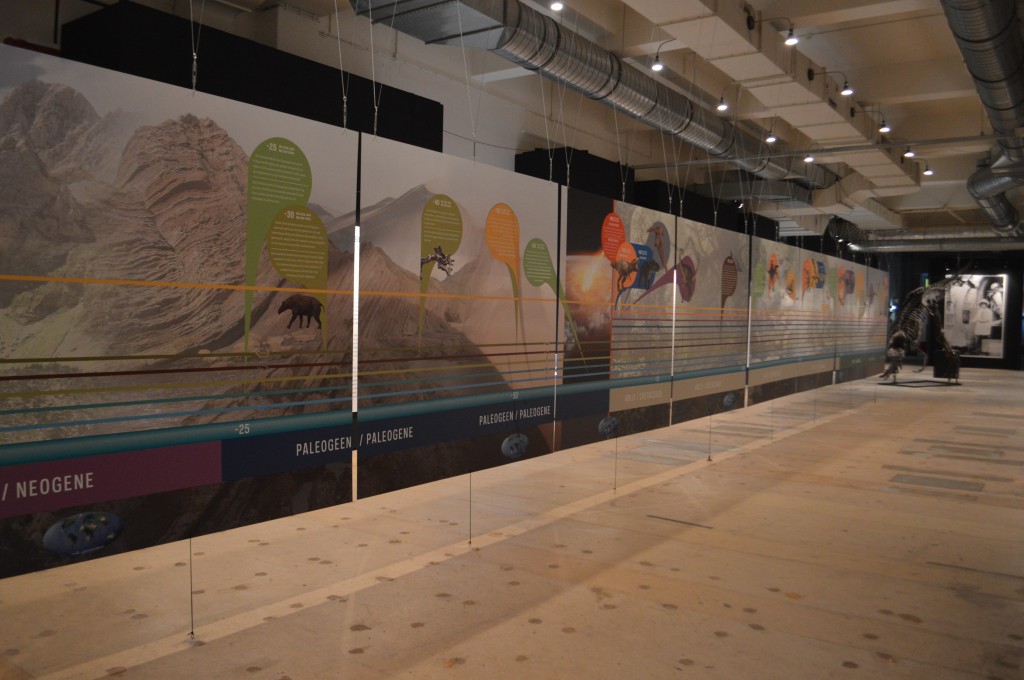 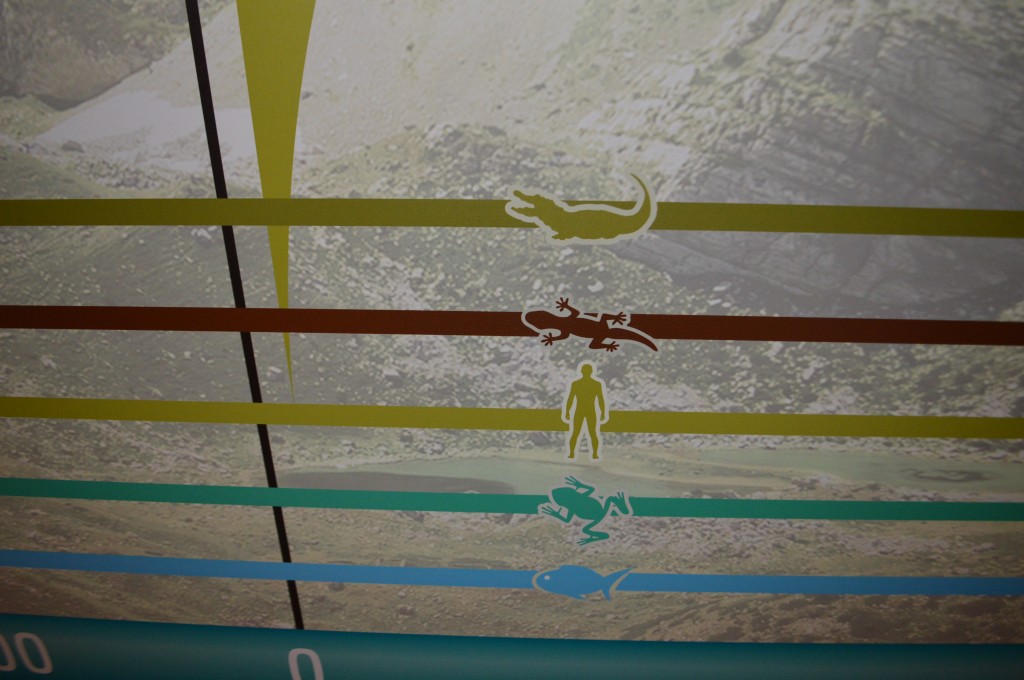 I LOVE the evolution theory.** It’s thrilling to me how time and natural selection got us and all other species to where we are now.  Evolutionary psychology is one of my favorite subjects, ever. So much of our behavior, preferences, thoughts and development can be explained by evolution.

So when I heard about the Evolution Room, co-created with professors of the Erasmus MC to accurately show how all species and the earth have most likely developed throughout millions and millions of yours, I was pumped. this was definitely my favorite part of the expo. 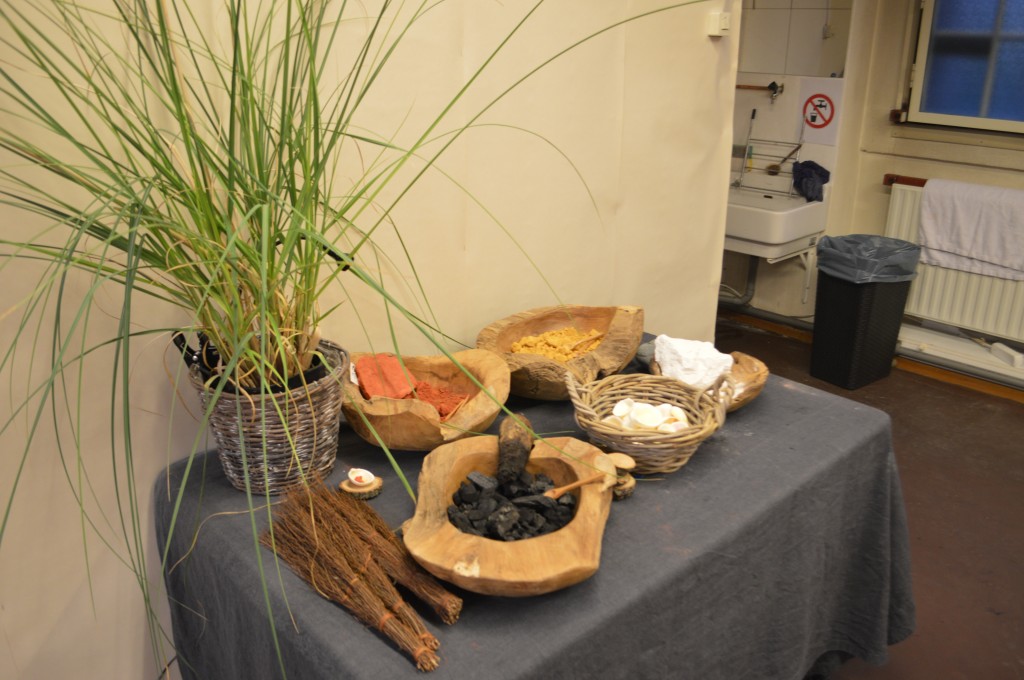 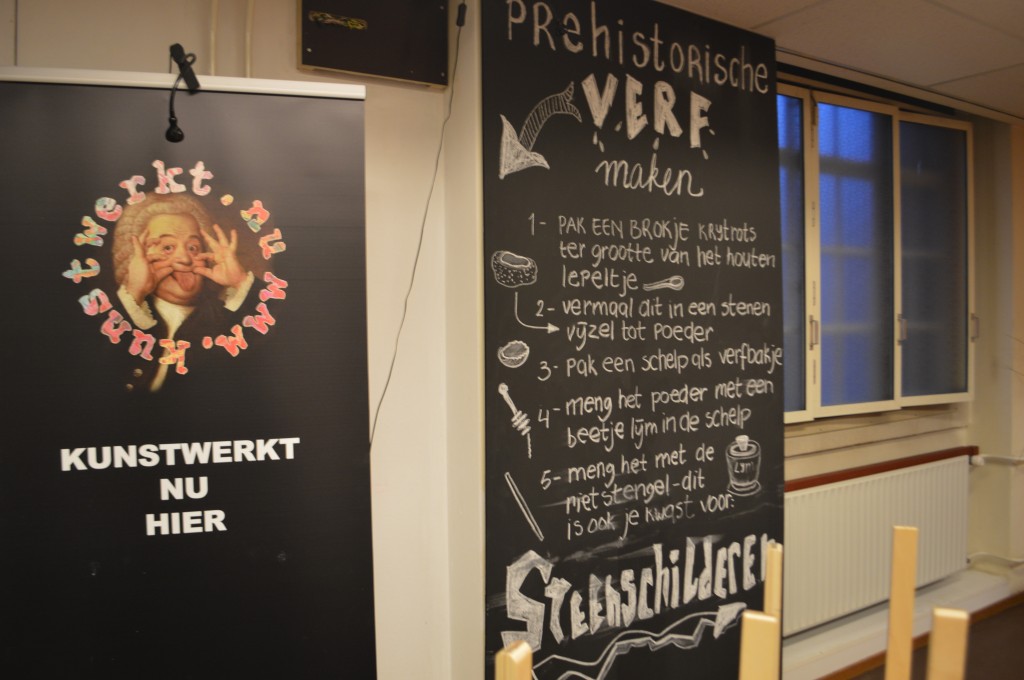 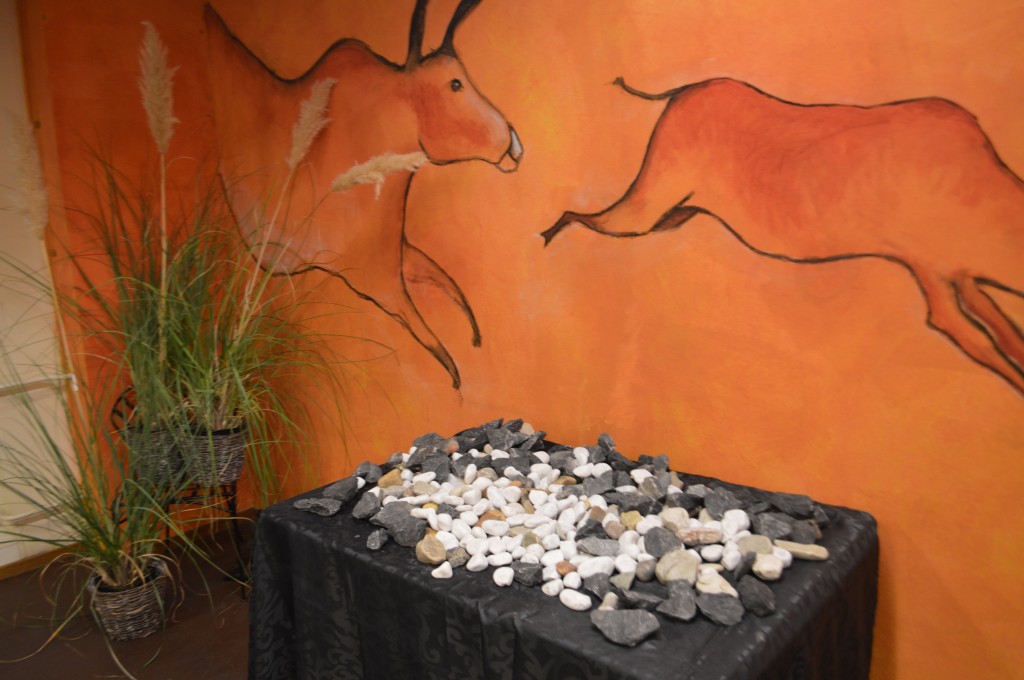 If you want to make it even more fun, you can join in one of the Prehistoric Art Workshops. You can make your own prehistoric stuff, like a bow and  natural paint. 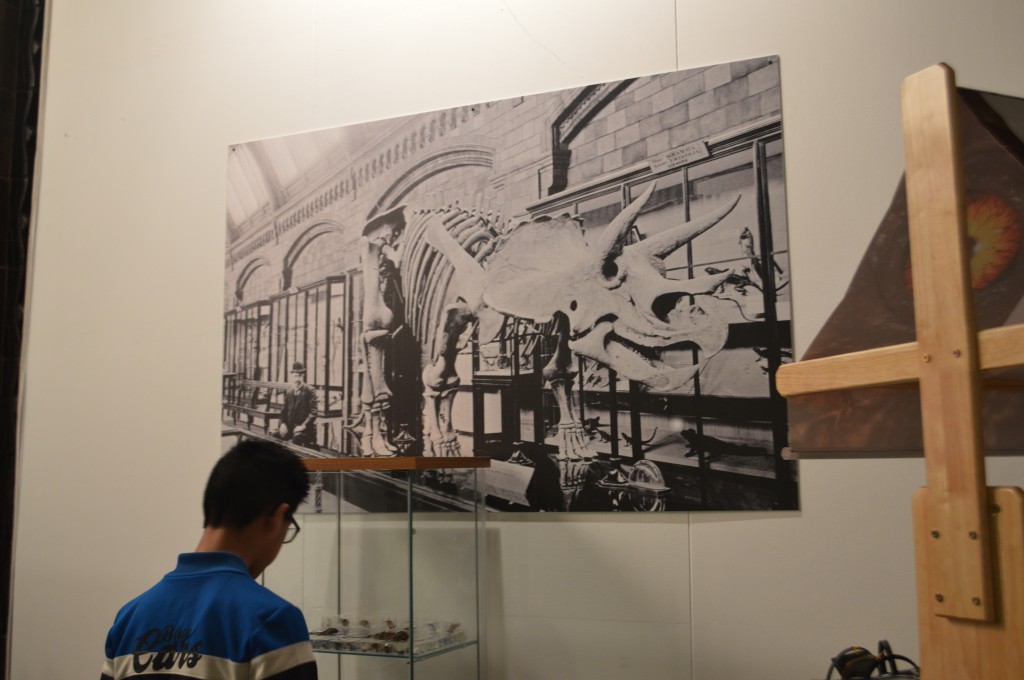 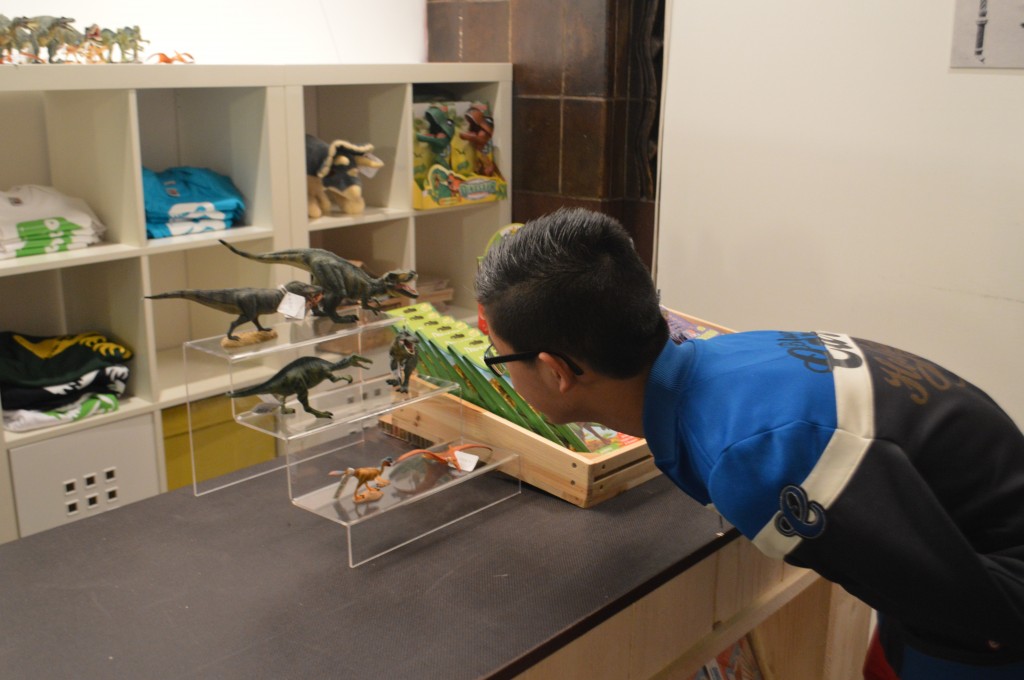 There is also a cute little food corner for tired (grand)parents that serves coffee, and there is a gift shop with awesome stuffed dinosaurs and cool dino-sweaters. 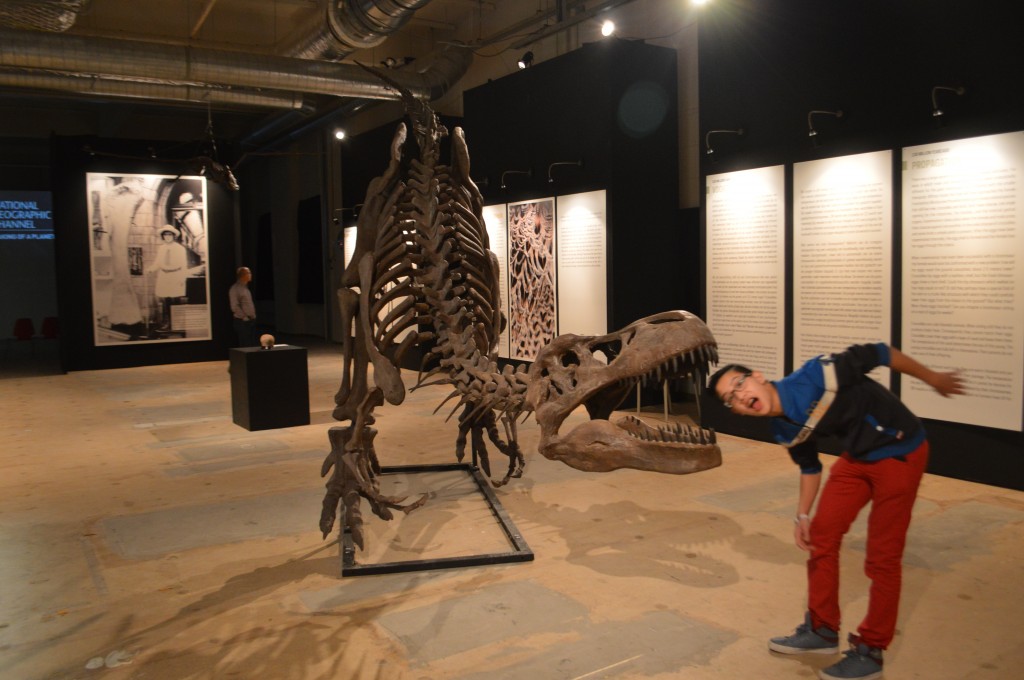 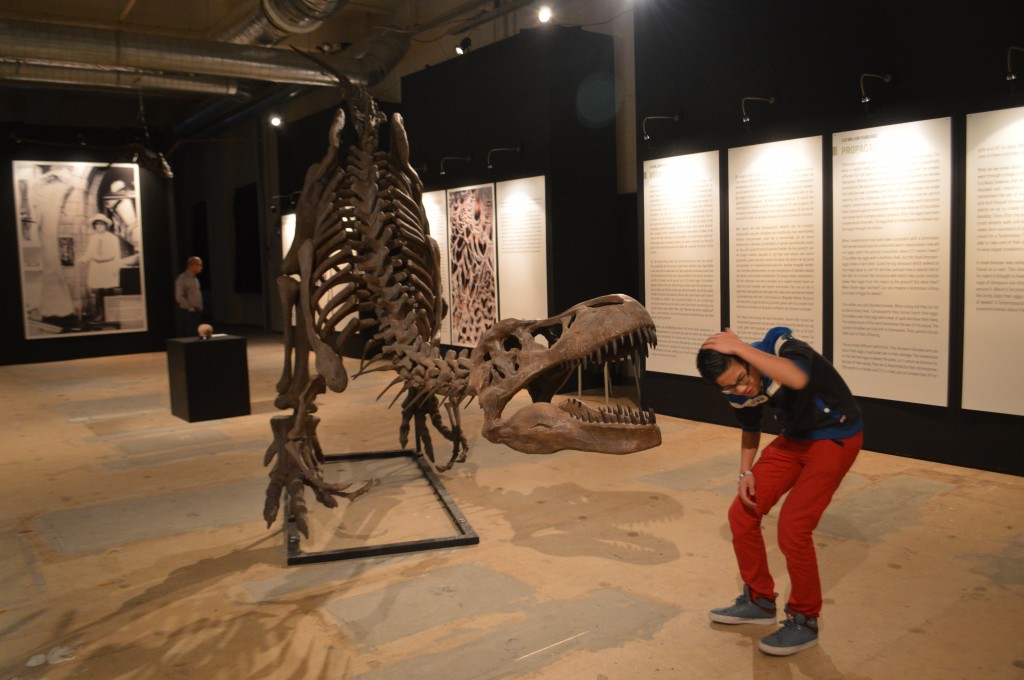 You want to impress your kids, grandkids, cousins, nieces or nephews? Take them to Living Dinosaurs Rotterdam and score some points.

…Especially if you got to the McDonalds that located next to Post. You’re welcome, kids.

*To be fair, he was going snowboarding that week so it’s not COMPLETELY my bad.

**I find it appalling that religion in various countries is fighting against teaching it to our children and if you don’t “believe” in evolution, please don’t talk to me. I will have a rage black out and cannot be held responsible for my actions. 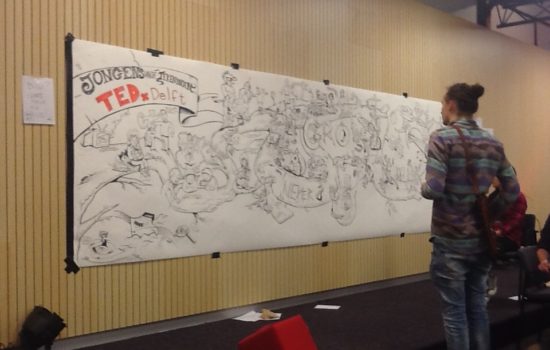