At this point, Queen B can do no wrong. Fan base? THE WORLD.

I didn’t always like Beyonce (cue gasps of horror and possible deportation off the Internet).

I don’t like Goody Two Shoes, and she was just so wholesome and God-loving and perfect and ugh. I need a little grime with my idols.

But when the VideoPhone music video with Gaga was released? I was GONE.

And then Beyonce dropped Beyonce (2013) and became a feminist and sexy as hell and a mom and a kick ass entertainer and a business woman and I was like YES. YES. SO MUCH YES AND ALL OF THE YES.

And Beyonce can teach us a thing or two.

No need to become a Beyonce clone. But because say what you want about her, the woman is an artist. And an inspiration. And she uses her image, her music and her life in very interesting and inspiring ways.

So here’s a list of life lessons from Beyonce according to me. Be inspired to be a little more Queen Bee in your everyday life, for the better. Bown down bitches.

You should do the same. This is your show. Your life. And you shouldn’t let other people decide for you.

Call the shots. Run your world, yourself.

WORK IT (OUT). In the same way that Beyonce makes all the calls about her life and performance, she puts in all the work. She does not leave anything to chance in that area either. Bey wants excellence and makes sure to work for that excellence in everything she does. Bey is disciplined and works her ass off. She goes above and beyond, in her performances, her albums, even her Instagram (Although photoshopping? Bee? Come on.)

Do the same for the things you love. Put in the work. Make sure you do what’s in your power to make things great.

DRIVER ROLL UP THE PARTITION PLEASE. Beyonce decides what she shares with other people and what she doesn’t. I love that about her.

Remember the elevator incident? Bey didn’t breathe a fucking word of it. Because she didn’t want to. She wasn’t provoked by the media, the rumours, the gossip websites. She doesn’t say what she doesn’t want to say, and she doesn’t say anything she might regret later.

(And then she fucking drops the sickest remix ever with a brilliant line addressing it in the way that she wants and we are all FLOORED.)

You don’t have to react to everything that people say or do. You can choose to not react. And you can choose what you want to share with others and what you don’t. Saves regret later.

You don’t have to become image-obsessed to take this lesson with you. Just use it as inspiration. Think about what you want to be, and how you want to do things. Think things through.

I’M A GROWN WOMAN. Bey is not just one thing: she is not just a sexy pop icon. She’s a business woman, an entrepreneur, artist, mom, sexy vixen, faithful wife, friend, woman period.

I think this is one of the most inspiring things about her: You can see she is ONE person, a whole person, with all these different aspects of her personality expressed in all these beautiful ways. Regardless of what might be exaggerated for the cameras, this IS something she expresses: A woman being all these different things, AND her own person.

But I like that Beyonce is someone who shows that to a very large extent, you can be a lot of different things. A woman can be what she wants to be, and all these different things in one person. Which is good to be reminded of, I think, especially if you have the tendency to fall into one role more than others.

BEY DOESN’T THROW SHADE. Bitch doesn’t have to. And neither do you.

SPINNING WHILE MY HANDS UP. Bey does shit because she thinks it’s fun. I mean, 7/11? Enough said. Do things just because you wanna. Not because they serve a purpose, just for joy.

So there you have it. 7 Life Lessons from Beyonce. Have a great Sunday, everyone. 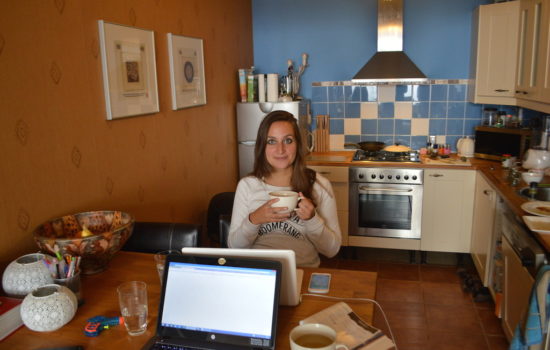 5 Brilliant Mantras (Not By Me)