Badly Drawn Crab is judging you.

Wikipedia & Urban Dictionary, trustworthy sources for life knowledge (but NOT for academic writing) tell me that the crab mentality is a (social) psychology phenomenon based on what happens with crabs in a bucket.

The crabs could easily escape from said bucket (as they’re climbing all on and over each other, one of them is bound to reach the edge) but never do because they keep pulling each other down.

In Human Land, this comes down to “if I can’t have it, neither can you without me being a TOTAL DICK about it so maybe you will enjoy it less.”

Mean comments, uncalled-for criticism, people talking shit behind your back, and maybe in the worst cases even some sabotaging and backstabbing — I can imagine that this could be the case  in the corporate world, online it’s mostly just some name calling and 12-year olds being little shits on Instagram.

When I told Andrew this in our Podcast, he dead panned: “Sounds like the Dutch.”

I wish I could disagree with him and come to our defense, saying that we are a better people.

But we are not. It’s true. Some of us worse than others, but we have the tendency to either internally or externally pull each other down.

Because God forbid someone leaves our bucket of mediocrity.

Well, to that I say. Let’s ALL leave the bucket of mediocrity, by tackling that mindset first.

Here’s how to get rid of the crab mentality.

REFLECT Sometimes, my first response to other people doing a cool thing is a negative one. Not even necessarily a super mean thing or a clearly constructed negative thought with judgment or malice, but more of a feeling that I can’t place but that feels negative and unpleasant.

I know I don’t feel that way because I don’t want them to have that cool thing, not even because I want to have their cool thing.

Instead, it’s more that it makes me think of my cool things, and if I have/do enough of them. And that can be confrontational.

When the cool thing you see reminds you of cool things you’re not doing, you might feel the need to bash it for the sake of your own ego (decreasing the cognitive dissonance of you wanting the thing but not having the thing).

And I think that’s the crab mentality for a lot of people. You don’t WANT to be a dick about something, but it’s your go-to response when you see success of others. We’re trained by society to strive for greatness, but also to be ordinary and be part of the group. It’s hard.

What other people do, confronts you with what you are doing.

If you’re a pussy, you give that no further thought and throw a bunch of hate the other person’s way so you’ll feel better. Until the next person make you feel this way again. But if you’re brave, you’ll actually take a look at where your knee jerk negativity come from.

That is what makes you less crabby and less of a crab. Be honest with yourself. It’s liberating.

Note: You can have a negative response to someone just because you think they suck. A 100%. I’m not dismissing all your negative feelings or thoughts about others under the umbrella of ‘IT’S YOU NOT THEM’. It might be them!

I’m just telling you to explore your responses and ask yourself: “Am I being a crab? Or am I being a person with particular tastes that are totally fine and not a reflection of my own fears and wishes and insecurities?”

EVERYONE IS DOING IT FOR THEMSELVES Because by now my brain is 80% RuPaul’s Drag Race facts, I saw this clip of Latrice Royale talking about RuPaul.

When people come up to Ru and thank him for all that he has done for them, RuPaul says “Oh darling, no no. I do all of it for myself. If you get something out of it, great. But I do it for me.”

And the same goes for that super ambitious coworker, those hustlers on social media, the friends who go onto different paths and do well in areas that you might not do well in.

If you get something out of it, like inspiration, motivation? Great! Let these people know. Give them the credit and the gratitude for touching your life. Push them up, and OUT of the bucket instead of pulling them back in.

If you get nothing out of what they do, because it makes you feel bad or because it does not interest you, because you don’t want it but it does make you feel some type of way that’s not good for you?

Then why bother? Let it go, delete, next, go find your own tribe.

CLIMB OUT OF YOUR OWN BUCKET

Trust and believe, when you’re busy climbing out of the bucket yourself, you’re a lot less likely to spend time pulling others down.

Spend a little more time on doing your own shit. Being less concerned with what other people are doing and more with yourself is incredibly healthy.

Climb out of your OWN bucket. Your bucket might be your burn-out, your depress: that’s what you’re dealing with right now, and that’s what you want to furs on.

Your bucket might be doing really well in school (and not letting other students get to you), saving money, getting a promotion, doing charity work, finishing your terrible vampire novel:

Whatever. Just be busy with your own climb instead of trying to pull others down.

BE BETTER THAN YOU THINK YOU ARE

Whenever I have a less than Miss Universe ‘world peace’-type reaction to another human being, I feel incredibly guilty for not being an ethereal being of positivity and sunshine. It makes me feel like I’m a terrible person.

But I try to act on my lesser emotions as little as possible, especially if I’m being petty or needlessly negative.

I will not be pulling other people down just because I might experience a moment of discomfort over something I see, and I think other people shouldn’t either. Be better than that.

Just accept what you feel, because it’s always temporary, and take the responsibility to reflect, focus on yourself and be better than that initial response. Be your better self towards others.

Try to not take your shit out on other people.

Always try to be someone who uplifts and who supports. I’m not shady or salty about other people’s accomplishments.

(You don’t have to be perfect about it, but at least TRY)

This is how to get rid of the crab mentality. Next time you catch yourself in a negative thought spiral over someone else’s life, remember this article. 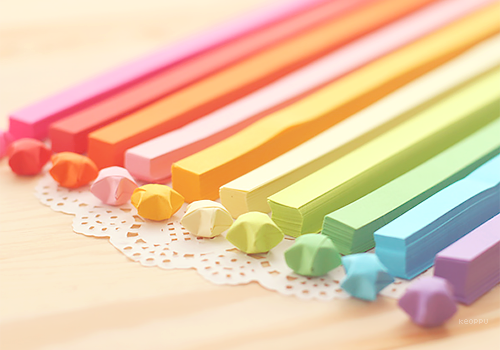 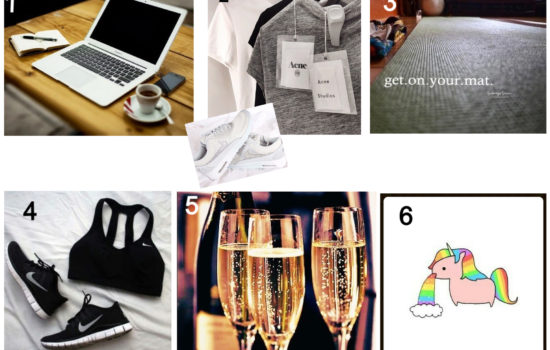