Unless you’re a very experienced Zen buddhist monk on a secluded island, BALLS DEEP in transcendental meditation, you’re going to experience stress. Such is life. Hopefully it’s just a little, and in short bursts.

Because a little is okay, a lot isn’t. Prolonged exposure to stress is unhealthy. Plus, the high strung crazy stressed out person is not fun at office parties.

I have been approached by (initially a) Kickstarter Project The Pip: The biofeedback device that measures your stress responses and helps you regulate your stress levels.

Based on the data (acquired though electrodermal activity), you can learn a lot about your stress levels:  I’m very excited to start trying it (figuring out the stats is going to be a bit of a brain buster) but it’s still making its way to me as we speak. Additionally to the Stress Stat app, there’s also two apps that help you regulate your stress levels.

Until I can add the Pip and its magic to my bag of stress reducing tricks (still on its way to me), I’m sharing some of my tried and true stress-battling techniques to show you how to deal with stress.

WORK HARDER/WORK MORE. A lot of our stress can come from things we aren’t doing, tasks that keep getting postponed, deadlines getting closer and closer without the project being tackled.

And the best way to feel less stressed out over this? DO THE THINGS.

I try to start at the roots of my stressy feelings. What is stressing me out right now? Time to work on that.

If you don’t take it on, you increase the stress, and potentially even creating problems that weren’t even there in the first place. Like moldy dishes. So gross.

Even if it is goes slow and imperfectly, when I know I’m doing all I can, my stress levels decrease a TON.

(Disclaimer I: Stress should be appropriately related to the stressor. If the stress is disproportionate, something is going on. That needs to be dealt with first. If doing something stresses you out to the point where you hyperventilate over the idea because it just feels so awful and actually impossible, you need to talk to someone about this.  )

(Disclaimer II: The ‘work hard/work more’ technique does not apply to stress over situations you cannot control. If it’s anything else beyond your control, rally the people around you to love and support you through it. If necessary, talk to a professional.)

WORK LESS After you’ve worked harder/worked more, you have to be able to call it a day. Stop working and go off to enjoy your free time. You really should.

I have struggled with this: feeling stressed out even when I wasn’t at work, feeling guilty for being away. Because what if something went wrong while I wasn’t there?

Spoiler alert: As much as I’d like to be, I am not the holy all-omnipotent saviour of the work floor.

I had to let that go. At one point I realised that after I have done what is in my power and within my possibilities, I have done enough. That’s when I shut down my computer, go home, have a glass of wine and watch dumb muscly boys turn into supernatural creatures (TeenWolf).

EXERCISE. If can you do one thing for yourself during a high-stress period, is move your body.

I am so much more relaxed when I’ve gone for a run the day before, or have been to yoga in the morning.

Even when everyone around me is Adrenaline Tightly Wound Nutso, I keep my cool.

CUT DOWN ON CAFFEINE. Yeah, yeah, blasphemy, etc, etc. But coffee indirectly affects your adrenaline levels, firing up dopamine and adrenaline. Sure, you’ll feel good and focused at first, but you will be disproportionally freaked out over that forgotten email after your third cup o’Joe.

I’m pretty sensitive to caffeine. Which is why, during times of stress, I drink less coffee, or no coffee at all.

(Fun fact: A friend of mine actually stopped drinking coffee after I explained to him how it worked. He says it’s made a big difference in how stressed out he gets on a regular basis. Just throwing that out there.)

EXPECTATION MANAGEMENT I don’t believe things ever go perfect. Stuff goes wrong. It’s just the way it is. If it’s not my fault (and often enough it is) it might be somebody else’s, or some sucky coincidence nobody thought about before.

If there is anything I’ve learnt is that even though things often go wrong, you can usually fix ’em pretty easily too. In the end everything works out.

By going in with that a ‘hoping for the best but willing to try and fix the worst’-mentality I usually manage just fine, stay chill in the process and do what I gotta do.

MINDFULNESS So easy it could be your mom (sorry bad joke), but taking a deep breath and being in the moment really reduces my stress levels too.

I think half the reason exercise relaxes you the way it does is because it forces you to get your ass back into the present moment.

If you get up in your head, try some deep breathing throughout the day, as wel as taking a second to really look around you. Focusing on your environment also brings you back to Now.

Oh, and if all else fails? Shake it off.

If the Swifties and 90s Fitness Stars can do it, so can you.

Have a great Monday, babies – laterz.

Collab with The Pip. I get to play with the Pip and write a review later on too. 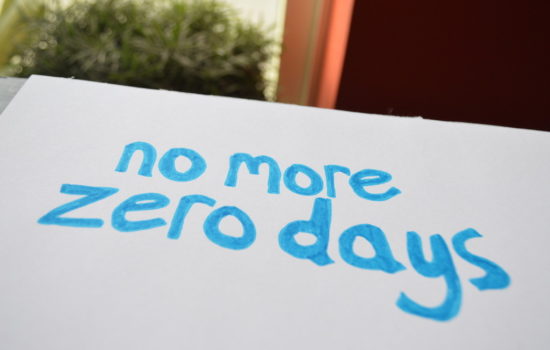 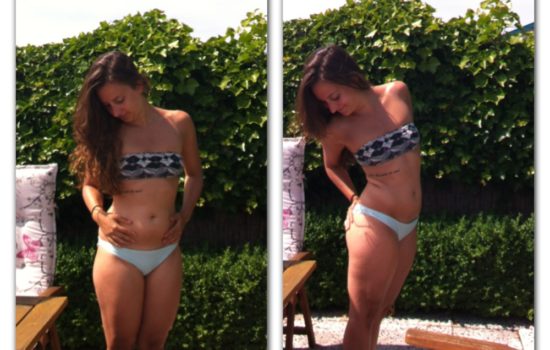 Be Imperfect & Love Your Body Anyway.