Although I’m a total tree- and people-hugger and believe in the goodness of menkind, I fully acknowledge that there are certain people in the world who are going to drive you nuts. The crazy aunt, the rude employer, the obnoxious student in your class: there are people who are just horribly difficult to handle and they can drive you up the wall.

If you let them. But you’re not going to let them anymore. Here’s how.

1. Acting is always superior to reacting. Act from within. Do not react in response to what others say or do.

There is nothing more powerful to me than someone who acts upon their own beliefs, standards and ideas instead of responding to whatever other people throw at them. My father is amazing at this. He never loses his temper. Ever. Even when he is confronted with very rude people, he stays kind and friendly.  Because that’s who he is and who he wants to be. What other people do doesn’t matter to him, it’s what he does that matters to him.

It’s an amazing quality that will never come as naturally to me as it does to him, probably, but I did learn about the power of acting versus the weakness of reacting through him.

By acting you always keep your personal responsibility, autonomy and power, instead of giving it away by letting someone else dictate what you do when you react to them. So keep your personal power. Lashing out when provoked is understandable, but being able to withstand provocation is an honorable art and shows a lot of inner strength.

“Truth is, that person is just on another frequency than you. You subconsciously sense this; apparently this person wants other things in life than you do. That’s why you two don’t match.

By understanding this, by understanding that people live on different frequencies, everything becomes a lot less personal. It saves time, prejudice and discomfort. Someone just doesn’t operate on the same frequency as you do and that’s the way it is.Judging, gossiping or manipulating lowers your frequency.

What a waste.” Patty Harpenau – The Secret of the Secret

Whenever you can’t get along with somebody, the smartest thing to do is to realize that even though someone may annoy you (and who knows, maybe you annoy them too), it’s not really about them (or you). It’s not personal, you’re just not compatible.

So whenever someone is being difficult, you can keep two things in mind. One, difficult people are going to be difficult everywhere. Not just while interacting with you. You don’t have to fix anything. Second, they were just not compatible with you. That doesn’t make them horrible and that doesn’t make you the new Jesus, it just is what it is: incompatibility. Nothing personal. Move on.

I love radical honesty. It saves a lot of trouble, confusion, dissapointment later on and lastly, it can absolutely be done without being a dick. Anyone who says “I’m just being honest” after being a rude asshole is just a rude asshole who thinks they’ve found a good excuse.

When someone is being difficult, you can tell them so. “I don’t like that you insulted our co-worker.”. “I don’t understand why you’re so unco-operative.”. “I feel you are always looking at the negative things.”  And “I think you’re being rude to the waitress.”

However they might respond to that, that is none of your business. If you want to be honest and feel it will serve a purpose*, say what you think of the matter and let the chips fall where they may.

As mentioned in both 1 and 3, there is no reason for you to stoop to anyone’s level. No need for you to be provoked. You’re best off serving your own standards and being who you are. And you’re a nice person. So be nice.

In fact, if you feel they’re looking for confrontation and you really want to piss them off be so sugary sweet rainbow cake will pale in comparison. Always a good strategy.

But being nice and taking the high road does not equal being a pushover. If someone is crossing your boundaries, you stop them. You may do it nicely, but you’ll do it loud and clear. Whatever it takes. A stern look, a comment,  a loudly spoken ‘no’, walking away or taking another action: your boundaries shall not be crossed.

“I don’t believe this falls under my job description”

“Excuse me, but I believe that you’re wrong. The correct technique to do this is actually…”

“I’d very much appreciate it if you’d stop making innuendos at my expense.”

“I’m not going to sit here and listen to this.”

If you can’t get rid off pests, it’s best to move elsewhere. So move away from the difficult people. Minimize the exposure as much as you can.

When your friend is being a negative nancy, pay no attention, flirt with the waiter instead and next time invite the more positive friend out for drinks. Walk out of the room whenever your horrible colleague walks in. Talk to other people at the party when the obnoxious uncle is there too.

Nobody is forcing you to hang out with anyone. If you have any personal power over your location and how much you have to deal with that difficult person, exercise it. Remember, with all these different people you’re bound to run into a few rotten eggs, nutcases and whacked apples along the way. But fuck that: your only responsibility is to make sure you are not one of them. So keep an eye out while focusing on who you are and not how awful they might be. Good luck out there.

*Some assholes will just always stay assholes. If you feel there is room and willingness to improve, serve up the honesty and see if it helps. 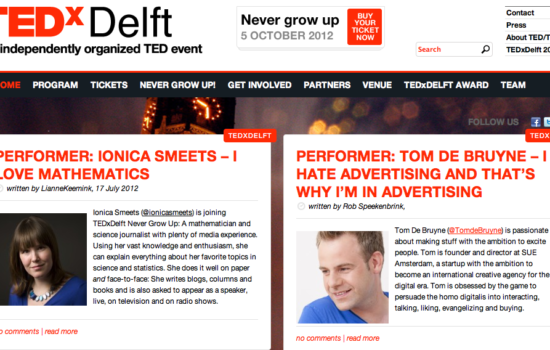 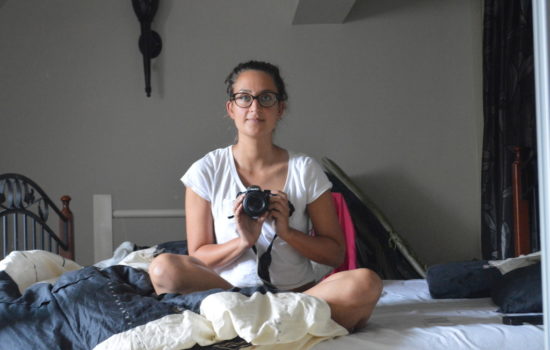 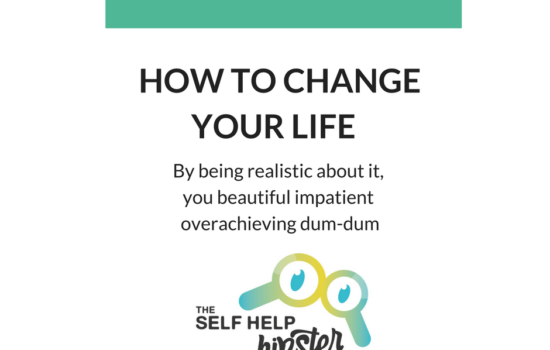