Homegirl/boy, you would not believe how bummed I was when my yoga teacher Huub Verheij left Bikram Yoga Rotterdam to open his own studio in Amsterdam. Good for him and all, sure, but the selfish yogini in me? Going through the 6 stages of grief*, big time.

Huub was always one of my favorite yoga teachers. He would spend every six months giving classes and practicing his own yoga at Bikram Yoga Rotterdam, and then go to Global San Fransisco with Bikram Yoga’s Fairy Godmother Mary Jarvis to teach and practice there for the other six months. I loved his style: No nonsense, to the point and very dedicated to teaching and practice. He calls you out on your shit and compliments you when you deserve it.

Funny too. Often when first timers take a class, they freak out when they see the people who train for the competition do their extra (and impressive) postures. Huub would always reassure them “don’t worry, you don’t have to do those” and then follow up with a grin and “…not until next class anyway”.

I’d been meaning to go visit his new studio pretty much since it opened (14 months ago), but you know how it goes. Three weeks ago, I had an appointment in Amsterdam so I combined this meeting with a yoga class at Forty Degrees. Pretty perfect. Especially when I asked Huub on Facebook, he told me that HE was teaching the class I was taking. I may have done a small celebratory dance on my chair.

In retrospect, a celebratory Camel Pose would have been more appropriate now, wouldn’t it. Upon arriving, you can see the schedule for yourself printed on the window next to the entrance, as well as take a flyer. Forty Degrees offers at least 4 classes a day, with 5 classes on Tuesday, Thursday and Sunday! 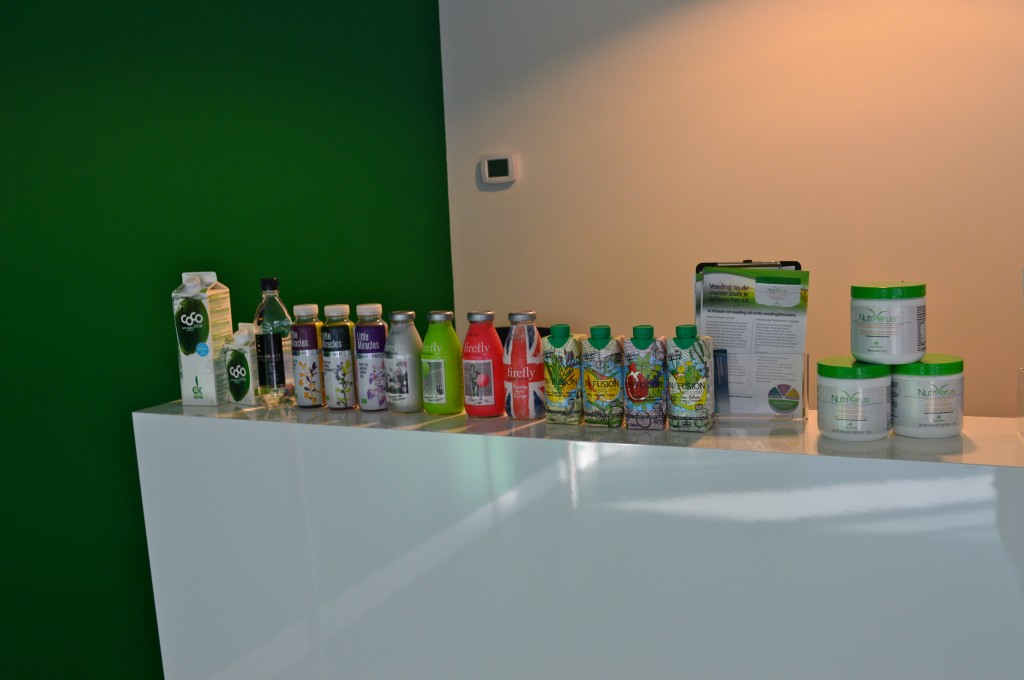 Forty Degrees gets five stars for design. Clean-looking**, the amazing yogi photographs on the wall, and the green painted walls and doors, combined with all the white and industrial-looking floors make the whole studio look cool. The wooden benches, plants in big white pots and iMac at the front desk add even more Cool to the whole picture.

Now don’t be mad (whether you’re my reader, Google or the photographer Henny Boogert), but I used a few screenshots off Google Maps to complement the pictures I made of the studio. I wanted to do Forty Degrees the justice it deserves. If you want to look for yourself, you can check out right here. The dressing rooms. Left is women, right is men. I may have not been paying attention and walked into the men’s room.. I realized my mistake when I remembered Huub said ‘the left door’, not ‘the open door’.  I was the first in the yoga studio, so no embarassing moments for me and poor unsuspecting gentlemen. After I got changed I went into the hot room, where I marveled at the beautiful concrete floor and the fact that we were going to get our sweat all over it in a minute. Luckily with these floors you just wipe it clean and forget it ever happened. With carpet, not so much.

Class filled up slowly and at 09:30 AM Huub came in to start class. And I did one of the hardest classes I have done this year.

I still drop to the floor sometimes, but not very often. Only when my legs give out in a posture, in which case I get up right away. I sit out a posture once in a while, but most of my classes I do all the postures to the best of my ability at that time. But in Huub’s class, I dropped after four postures. I got a little nauseous (which NEVER happens to me anymore!), my heart was racing and even though I did my best to breath steady, I was having a hard time, even that early in. So I dropped. And so did five other people. We kept standing up, and we kept dropping.

It wasn’t hard because of Huub at all: He was gentle, opening the doors for us every few minutes to let out some of the heat and humidity, talking us through everything. It was just a hard class, and not just for me. People were sitting down all around me.

Also, I TURNED INTO THE HUMAN TIDAL WAVE OF SWEAT. Of course I sweat in all my hot yoga classes, but now I was like a Sweat Tsunami.

As usual with Bikram Yoga though, by the end of class I felt better. A lot better. I stayed in my final savasana for a while and when I got up to take a shower I felt a bit shaky, but great. What I liked was that most of the students were in no rush, sitting down on the wooden benches outside the yoga room. One guy had even picked up his entire mat and resumed his final savasana outside of the hot room. I might steal that idea one day.

After my shower I felt even better, and I walked out to the front desk. Huub was grinning. “That was harder, wasn’t it?” I made big eyes at him. “YES!”

After your introduction-class at Forty Degrees you get to pick out a free drink, so I grabbed a green Firefly drink on top of the beautiful blue FortyDegrees yoga towel I bought for myself. It’s now my favorite yoga towel (because FLUFFY).

I said goodbye to Huub and went out for coffee in Amsterdam as a treat to myself. Apparently a Starbucks opened next to FortyDegrees about a week ago, so this would be easier than ever. You lucky, citizens of Amsterdam.

Self Help Hipster approval stamp, right there. Beautiful study, cool vibe and I want to go to FortyDegrees again soon, whether Huub is teaching or not — Although Victory Camels are in store when Huub IS teaching, trust me.

*Silently, because a) the Bikram “it’s not about the yoga teachers, it’s about the yoga” policy and b) I’m not as dramatic off-line as I am on-line.
**Not just clean looking but also actually clean. Important.
***They did put two humidifiers up a while back.
September 18, 2013September 19, 20139 CommentsShare: 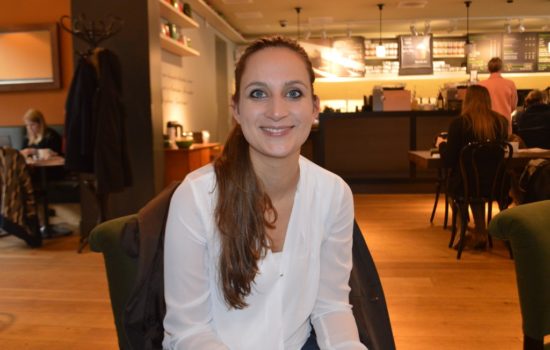