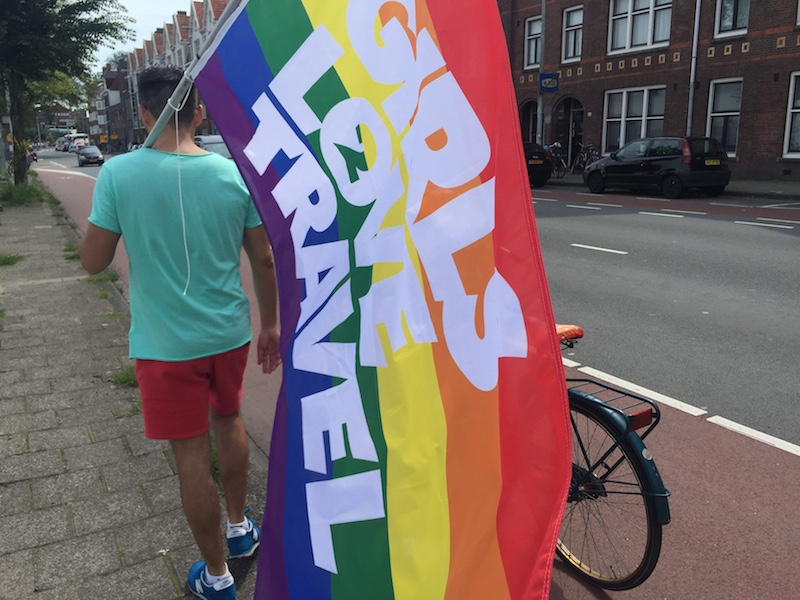 Yoooo, I was the GirlsLove2Travel Pride Boat 2015.

Although you don’t really need to read it because nobody made out with each other! I mean, really now.

(Kidding. It was epic. But come on. Next year I wanna see sloppy drunk bloggers French each other or I’m throwing a tantrum.) 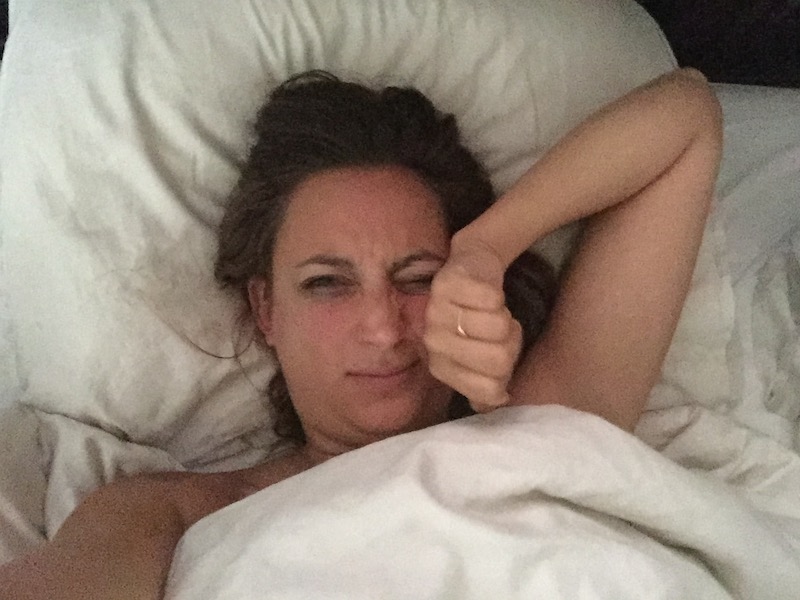 I spent the night before writing my Castlefest report and spent 45 minutes trying to get all the pictures aligned. WordPress was being a bitch. 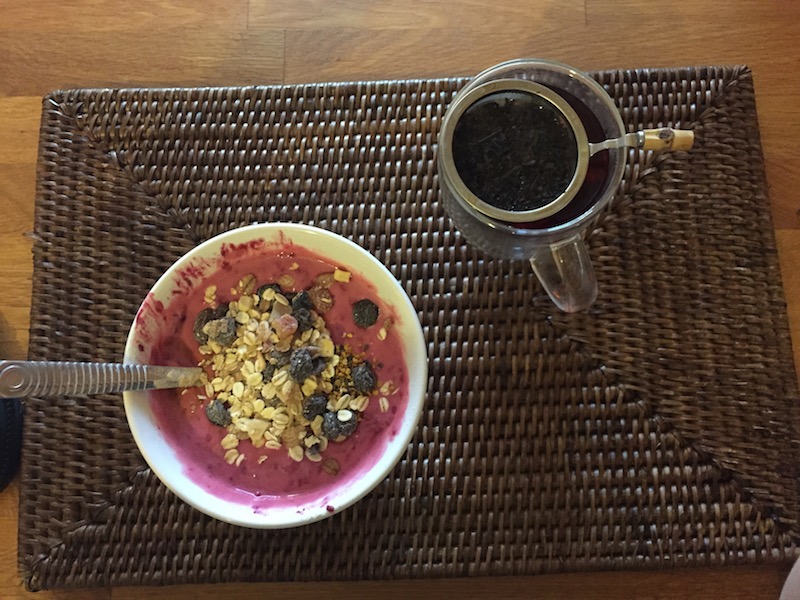 Yoghurt with raspberries, granola and a cup of fresh Earl Grey for breakfast. 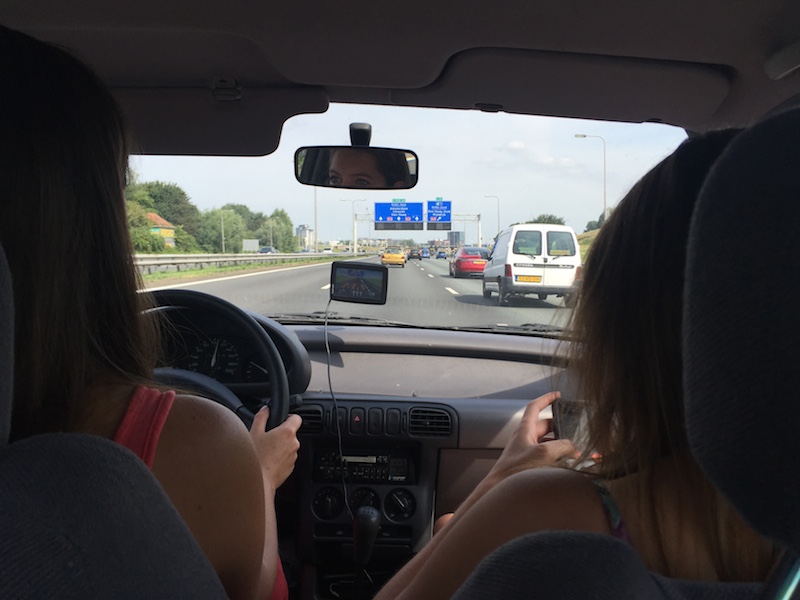 Marieke was our designated driver and praise be to her and her little car. Lin is probably checking Instagram.

This is me adhering to the mint&coral dresscode. This Spirit of Mo legging IS mint – somewhere- and I’m wearing a coral shirt I borrowed from Lisa under my white t-shirt.

Because I’m a rebel. Or because I am a little bitch who can’t part from her favorite white tee. 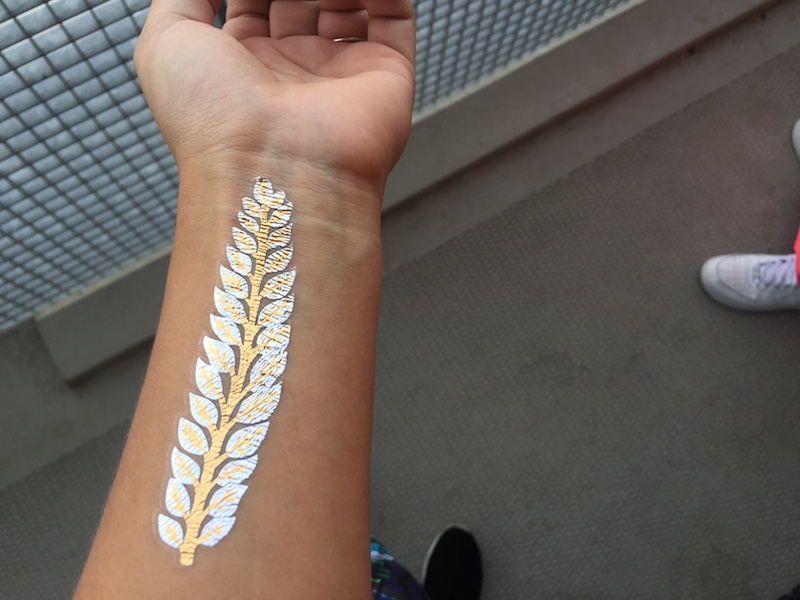 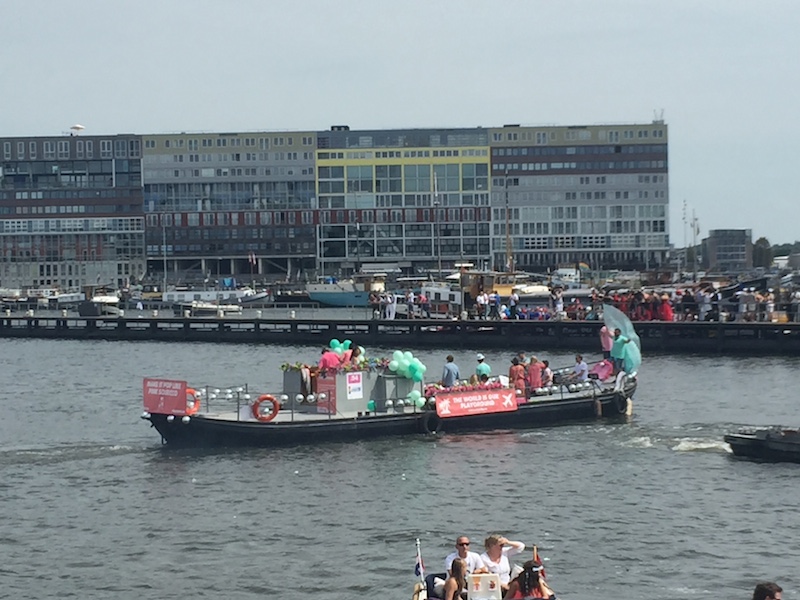 As spoken by many a gay man this particular day: Oh yes, oh yes, there it comes. 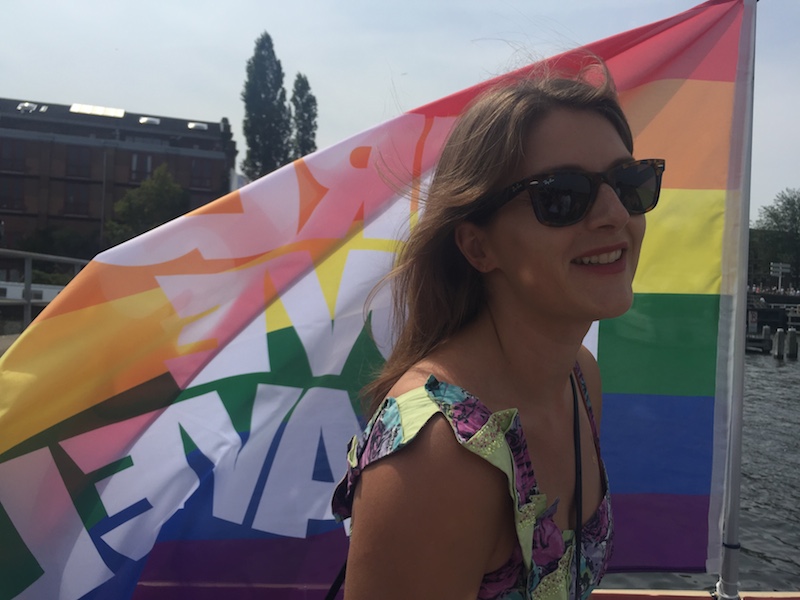 Lin with the GirlsLove2Travel pride flag!

The boat was beautifully decorated, and there was fresh fruit, water and soda on board. As well as… 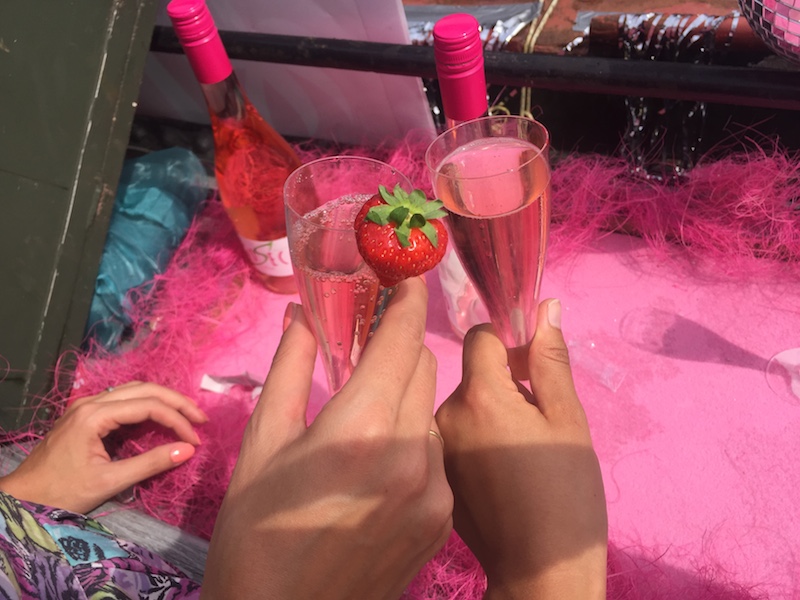 There was pink prosecco.

Also like to point out that it is a goddamn miracle nobody went overboard (at least not by accident…). 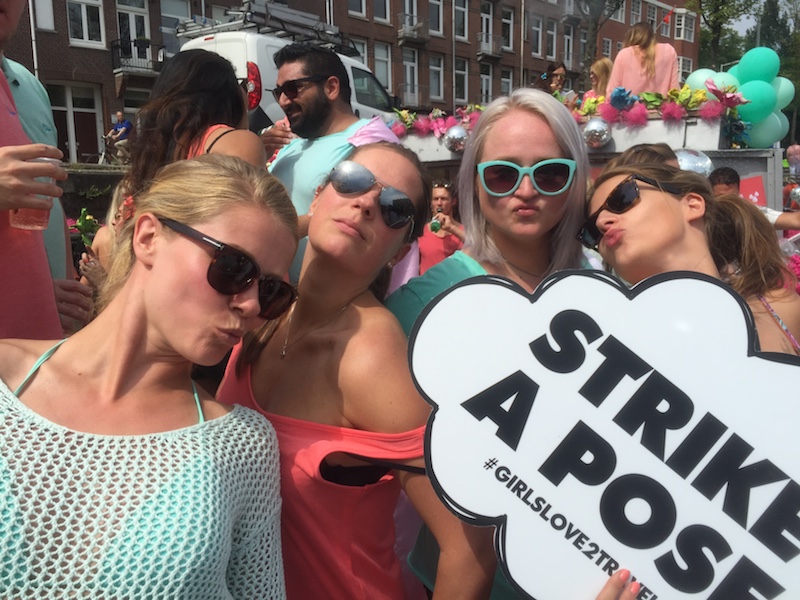 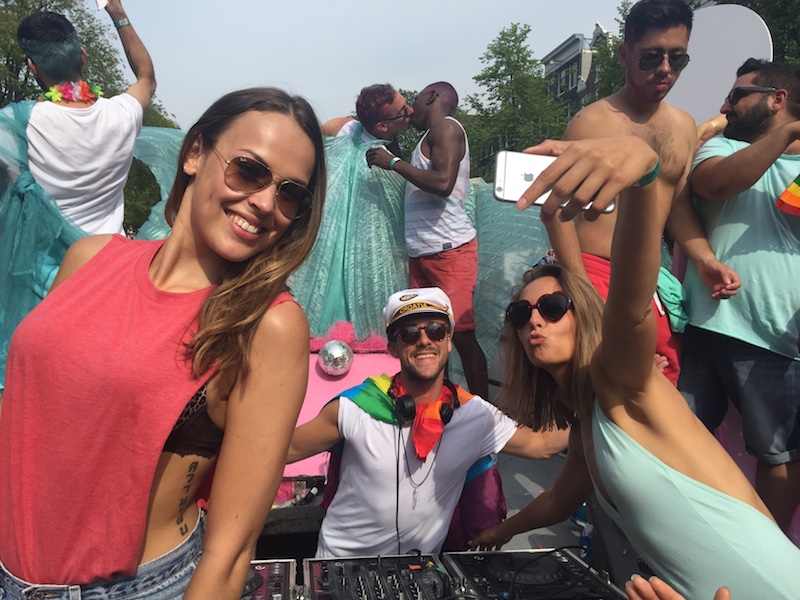 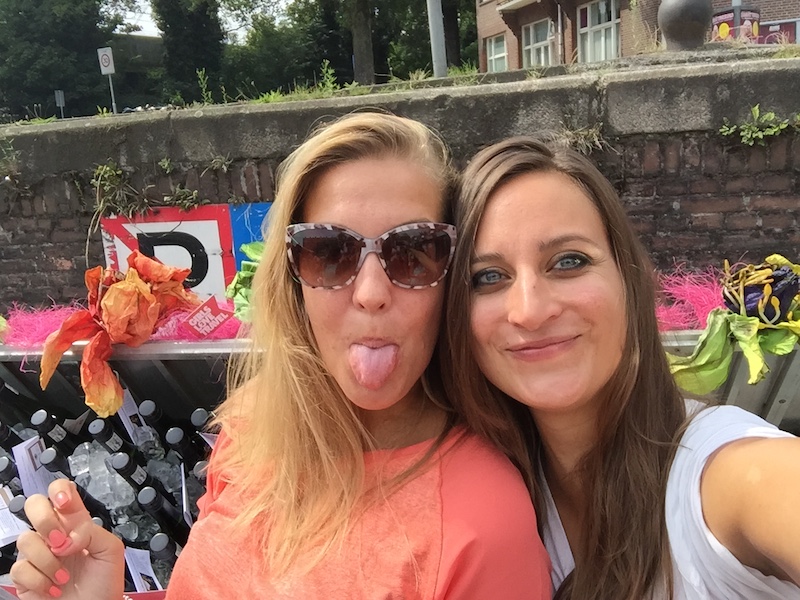 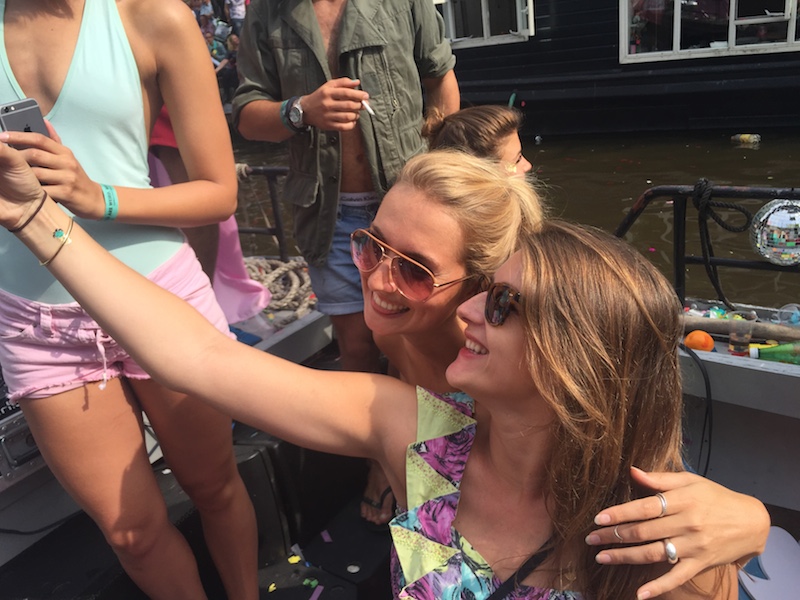 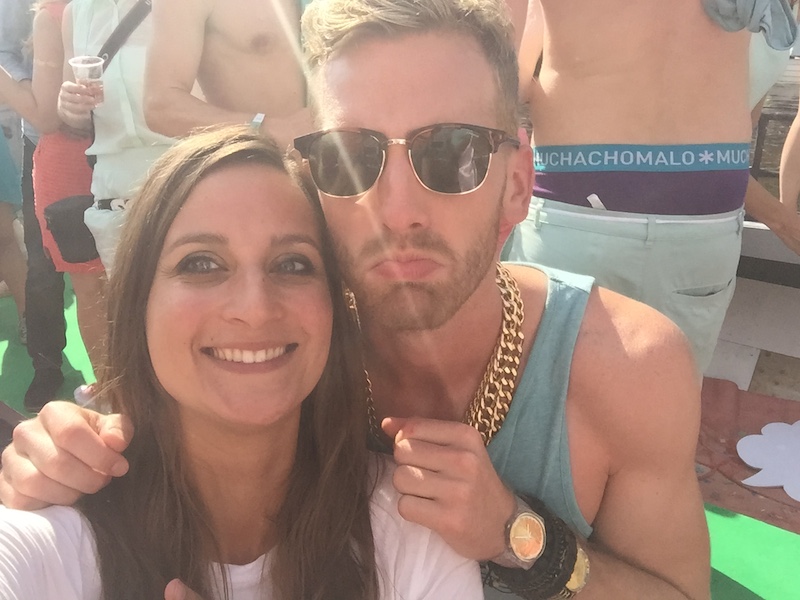 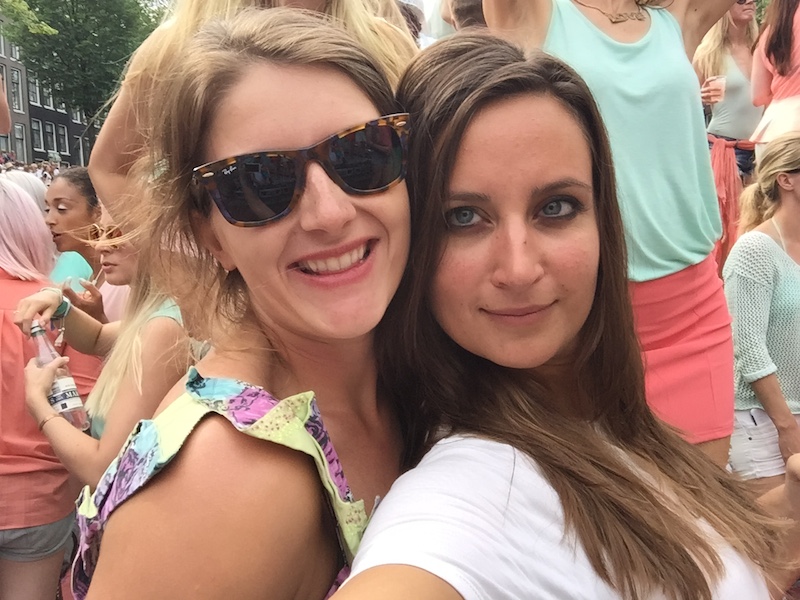 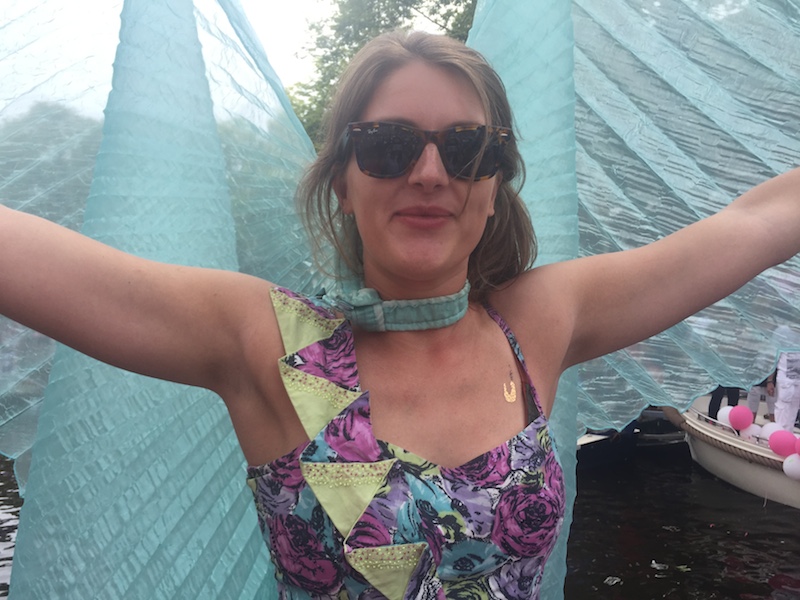 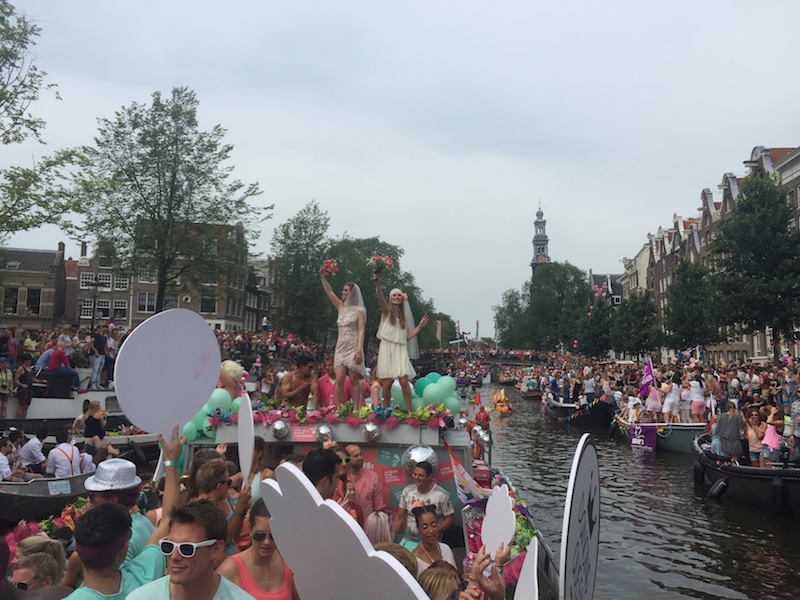 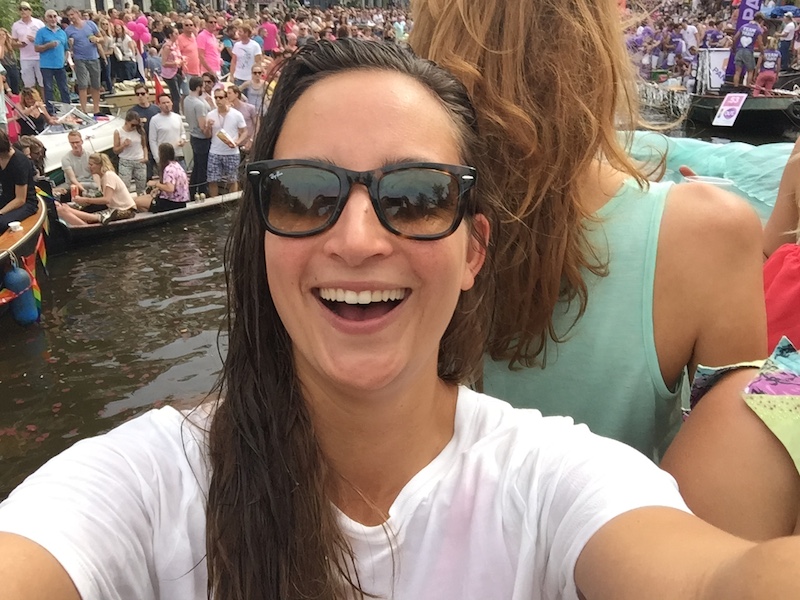 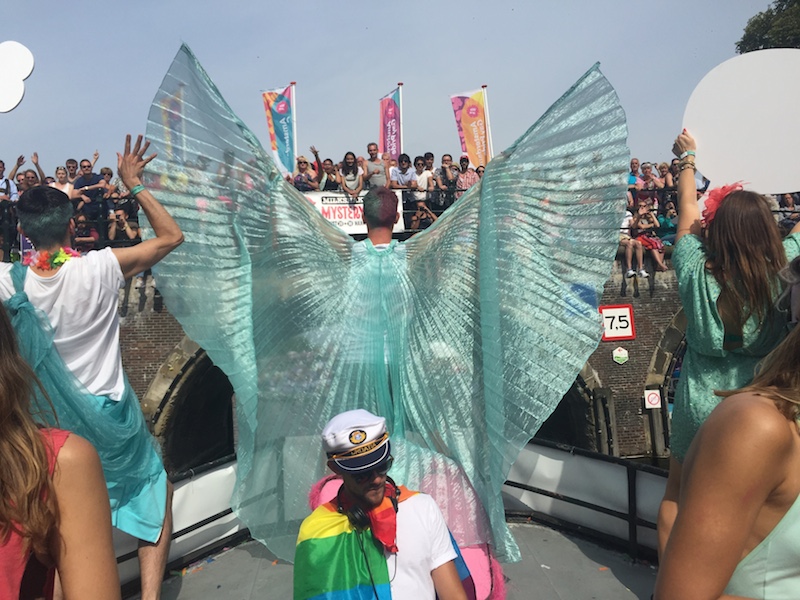 After waiting around for what felt like an eternity, our captain navigated us into the parade and what then ensued can only be described as one of THE most epic parties I have ever been lucky enough to witness and be a part of.

Amsterdam was SO beautiful, the atmosphere was so great and I had such a blast dancing with Lin. 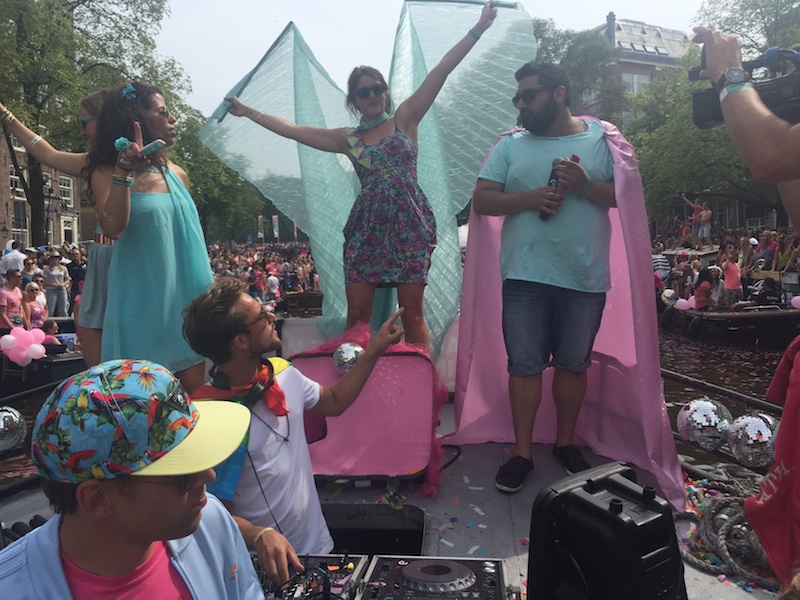 Honesty bids me to say I would have been WILDLY uncomfortable without Lin there. Just throwing that out there.

Didn’t mean I had to be attached to her like a barnacle, but it’s nice to have someone you know there. 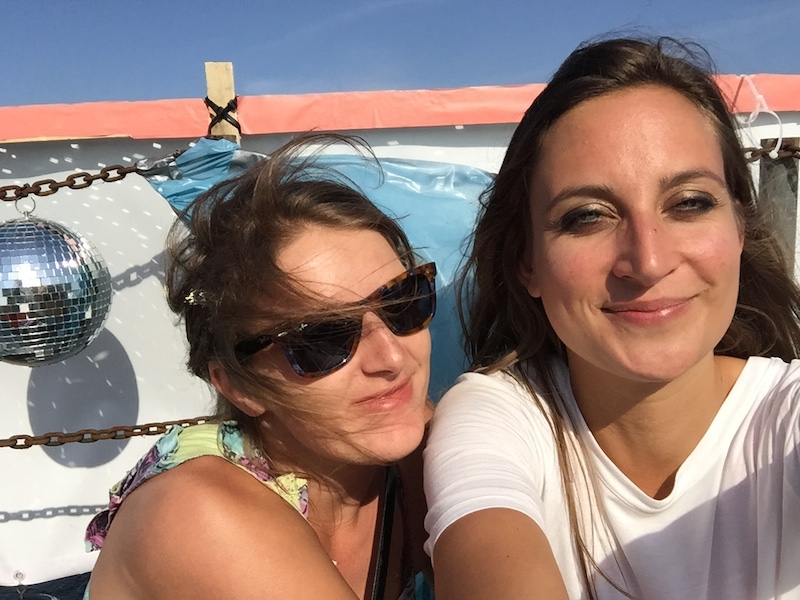 After the canal parade we went back to the dock – Lin and I sat down for a second on the more quiet upper deck while the party was still going full-throttle in the front. With designated driver Marieke back in the car, while Lin is taking a nap. I’m so jealous, that one can sleep anytime and anywhere. Girls Love 2 Travel organised an amazing event, basically. The girlslove2travel pride boat 2015 was nothing short of amazing and all the praise for these three girls. Who got us in the FUCKING PRIDE PARADE.

Very cool to be a part of. Hoping to see this happen again next year!

*One thing I’ve learnt from occasionally hanging out in these circles is to never assume that they know who you are and not taking it personal when they don’t.

There are so many people on the Internet, so many blogs and things to write about: I don’t know everyone and neither do they. It’s perfectly fine if I am not on someone’s radar. I just introduce myself, make a joke about what I do and change the subject back to the other person.

**By the way, this is NOT name dropping and I do not expect you to be impressed by the fact I exchanged pleasantries with people. This is me trying to remember/make sense of everyone and everything. Annemieke notified me I had already messed up with Claartje (My Foodness) and Sabine (Oh My Foodness): met ’em both, got it mixed up. 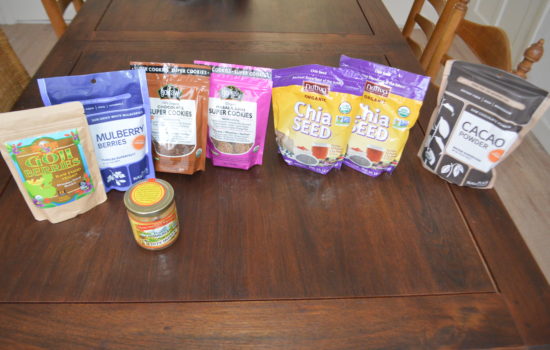 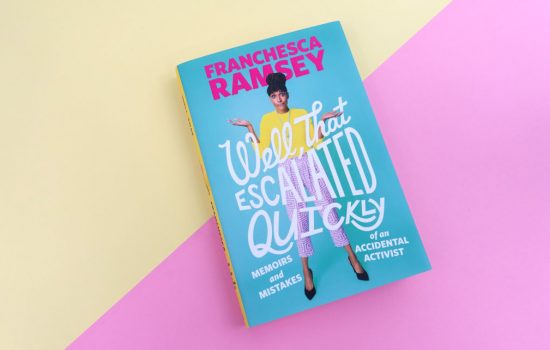