Upon reading this title you might think “but Lianne, surely, with the plethora of cringeworthy and awful characters from the Office US, this is a joke.

You can’t possibly mean that Roy Anderson, the hunky beefy warehouse worker, is the worst possible man to have a relationship with from that show?

Um, actually I do. I really, really do. There are few things I stand by with more of a passion than my deep dislike for Roy Anderson in terms of relationship-material.

I’ll explain why. Some Office spoilers ahead, obviously.

Roy Anderson Has No Idea Why You Are Dating (Anymore)

The Office starts out with Pam & Roy being together; they started dating in high school. There is nothing wrong with that in and of itself, but a few episodes in it becomes abundantly clear that Roy and Pam are together…just because at one point in time they got together.

Now, Pam is just as much at fault here. She could have realised herself that their reasons for dating (young, in each other’s proximity, attracted to each other) are not enough anymore. But Pam is a very meek person as the Office starts out, so she’s not capable of that (just yet). Point is, they are wildly unsuitable for each other.

Because now, Roy is a meathead who likes basketball, hockey, jet skis and beer. So if he paid any attention to Pam, who likes drawing, art, pranks, reading and staying in, he would have maybe scratched himself behind the ears and thought: “Gee, that sure’s different from my interests.”

But you can bet your ass that it never even crossed Roy’s mind to ask himself why he’s with Pam.

He wouldn’t have an answer. Except maybe “she has such low standards that even though I took her on a date to a hockey game WITH MY BROTHER and then LEFT WITHOUT HER she agreed to a second date.”

Don’t date Roy Anderson, because he doesn’t know why he wants to date you. Specifically.

(Honestly Pam, if it weren’t for your character development over seven seasons I would like to slap some sense into you.)

Roy Anderson Is Not Interested In You As A Person

You can tell from the way Roy is portrayed on the Office that he doesn’t ask Pam any questions and doesn’t really engage in conversation with her if he can help it.

In fact, in the first season at some point he says to Jim (who is head over heels in love with Pam because of who she is, not because she wasn’t mad at him when he accidentally left her in a hockey stadium) that he likes it when Jim & Pam hang out because Pam doesn’t talk as much when she’s back home after.

I mean…the audacity. Can you imagine your boyfriend or girlfriend rejoicing because you’re all talked out so they don’t have to talk to you when you get home?

Plus, he does not want her to follow her dreams with designing and art as he actively discourages her from applying to the Dunder Mifflin designer program.

Sorry, but I’m not about that life and you shouldn’t be either. Don’t date Roy Anderson, because you will not be celebrated. You will be kept small for the sake of an average man.

Roy Anderson Is Not Particularly Interested In Your Relationship Either

When the Office starts Roy and Pam are engaged. FOR THREE YEARS. It gets to four years over the first few seasons until Roy, drunk and inspired by a great(er) man*, decided to set a date.

Now the story of their engagement is unknown unfortunately, so allow me fill in the gaps:

At one point in time Roy proposed to Pam because he felt that he had to…but he doesn’t actually care about getting married. Which is fine, marriage doesn’t need to be your thing. But Roy didn’t actually think it through, what that could mean for your relationship. He just did it because it seemed like he had to do it at some point, and now he has, so nobody can complain about it.

In fact, Roy doesn’t really care much about his relationship beyond knowing that it’s there. Roy would frown when you would ask him to describe his relationship with you. He would shrug and he would say something about your appearance. And that it’s nice to have a woman around the house.

Roy Anderson Is Passive In Your Relationship.

Roy Anderson is in a relationship with Pam Beesly, but takes no action to keep it that way. He does little to nothing to make her happy or do the things that would bring them closer.

Look, there is nothing wrong with a long engagement. There is something wrong when one person doesn’t take any steps to either a) maintain a happy relationship b) improve a relationship or c) move the relationship forward in whatever way, shape or form.

The four year engagement is a symbol for the fact that Roy does not make moves that are necessary or beneficial to Pam or their relationship.

And I think women shouldn’t be with men who don’t put in effort, who don’t proactively do things with and for their relationship and their significant other.

Don’t date Roy Anderson, because he was never taught to aspire to a good relationship in the same way you were.

Roy Is Trying. So As A Woman You Feel Like You Have To Give Him Credit For.

One of the most poignant scenes in the Office is when Pam has an art expo and Roy goes to see it.

This happens in season 3, where Pam and Roy have gotten back together for all the wrong reasons. What were those you ask? Well, Pam was feeling alone and Roy just hadn’t found another Generic Woman To Date.

First of all, Pam has to coax him to go by saying “You have to do stuff I like too this time.” I mean, that’s what ROMANCE is made of right?

Second, when he does go he ACTIVELY asks to be complimented about going to the art show. “Hey, isn’t it funny that none of your coworkers are here and I am?” he says.

Third, when he leaves, and this is both so try-hard and empty that it breaks my heart every time I see it, Roy says to Pam:

“Your art, was the prettiest art, of all the art.”

It couldn’t be clearer that Roy has no idea what to say. But he KNOWS he should say something nice to Pam right now. And so he comes up with this horribly empty but so well-intended statement that you can see Pam die a little behind the eyes. You can see her thinking: “This is the best he got…

So I should be nice about it.”

Which is also the problem in this situation. I really believe this was all Roy Anderson had to offer Pam Beesly. And Pam, even though it wasn’t enough for her by far, took it because she knew that.

And this has a bit to do with the way women can be in relationships: We assume good intent and we want to give someone credit just for that. Pam does that here. I feel very strongly we as woman should not put ourselves in that spot.

Roy Anderson Cannot Talk About His Feelings And Acts Out

What I hate most about the different ways boys & girls are raised is that boys aren’t taught more about feelings and expressing them. Girls are often much better in detecting emotion (in themselves and others) and expressing their emotions or letting others express theirs.

This is a sweeping generalisation, I know. I am aware that slowly but steady this is changing, thank God. But I sometimes find that men have only two settings when it comes to emotion expression: Neutral (which is happy and neutral) and frustrated (which is EVERYTHING ELSE). With sometimes the bonus of ‘wronged’ or ‘pouty’ when us women don’t do what they want.

Roy Anderson is a typical guy to which previous statement applies. Instead of being able to talk to Pam about all the things that go wrong during the first seasons of the Office, he acts out.

When Pam breaks off their engagement the first time, he spirals out of control. He ends up drunk driving like some sad cliche.

When Pam confesses that she kissed Jim at some point in the past, he FUCKING DESTROYS AN ENTIRE BAR out of anger.

And then goes to the Office to punch Jim in the face.

Don’t date Roy Anderson, because you can’t have a normal adult conversation with him about difficult things like relationships and feelings.

And the reason that a type like him is so dangerous, is because he is not a terrible person per se. He doesn’t abuse you physically or emotionally, he doesn’t have any horrible flaws that make your life difficult in a very obvious way. He doesn’t clean out your bank account, he doesn’t destroy your family, he doesn’t outright disrespect you.

But all the things above take away precious energy and take a toll on your self-worth, and there are thousands and thousands of guys out there just like him.

Roy Anderson is asleep at the wheel in your relationship, does not really care for you or your interests or ambitions, can’t talk about his feelings and wants all the brownie points just because he’s trying to be a good boyfriend.

*Another sub reason to never date a Roy Anderson: He only really gets motivated, moved or persuaded by other men, not by something a woman does or says. 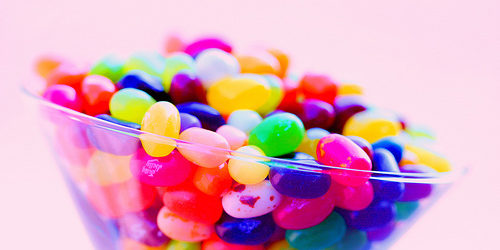 The Self Help Hipster Podcast S03E01: You Do You by Sarah Knight