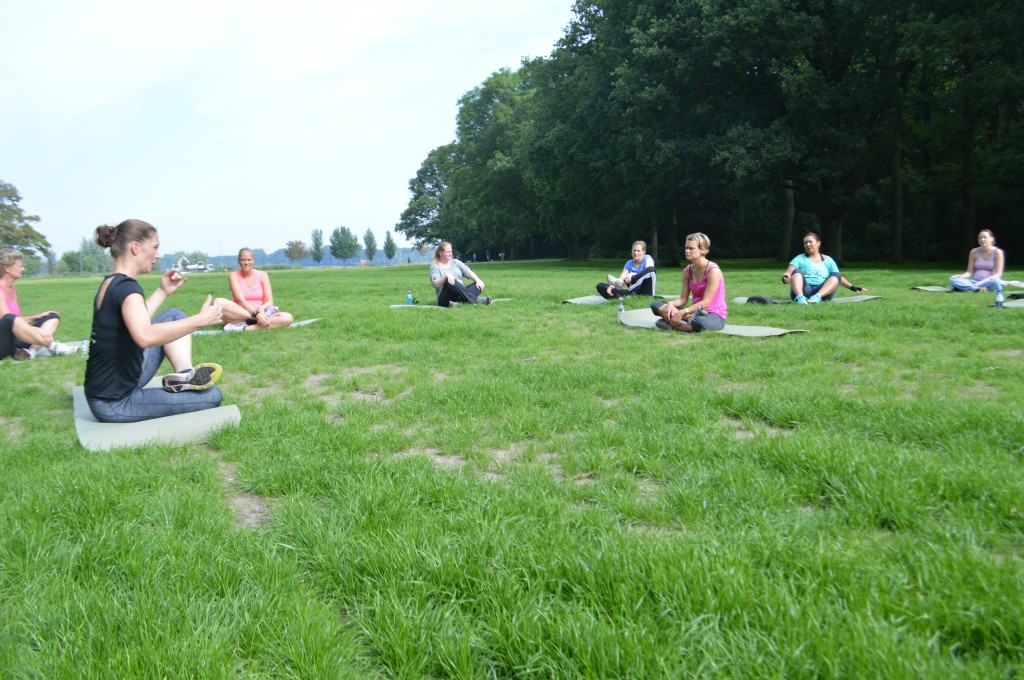 Two, my sister-in-law not being able to sit down without grunting like the Hulk. She had just done bootcamp the day before and was sore three ways to Sunday.

I thought she was being a baby about it, but then I tried it myself and piped the fuck down (and need to send sister in law a sorry-I-laughed e-card).

And what’s worse, if I believe my fellow bootcamp buddies, the bootcamp I’m doing is the baby version of an actual bootcamp class.

I am doing a Bootcamp Club Special: 8 Weeks to Yoga Fit. It’s a bootcamp class with bootcamp, yoga and tai chi elements, 60 minutes every Saturday morning at Kralingse Bos.

I’ve done it twice now. So far, so fun, with a little soreness after. 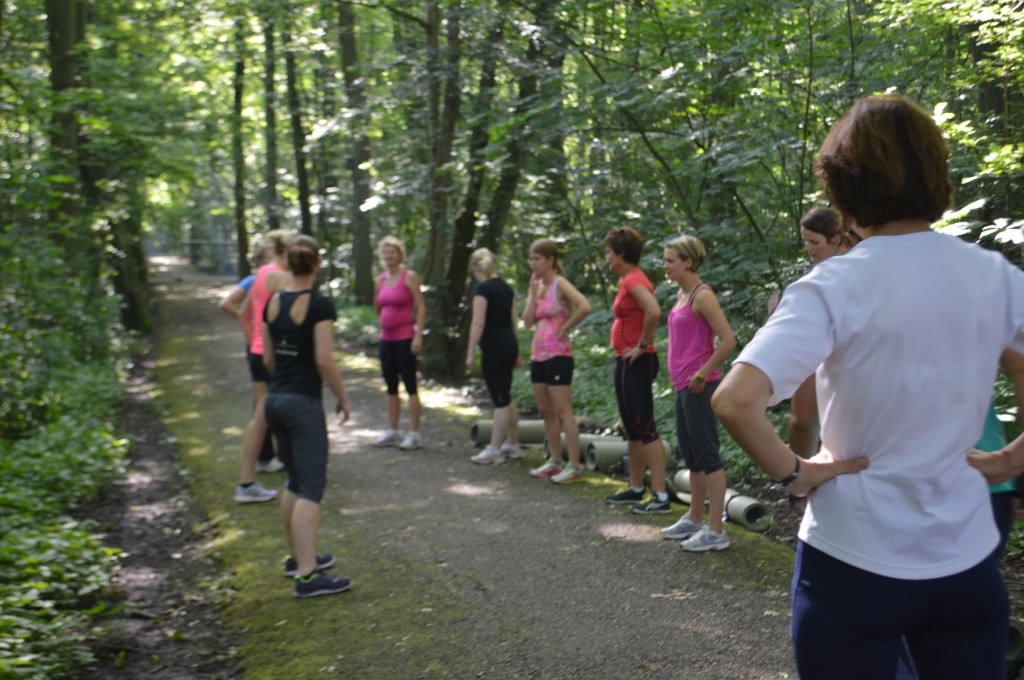 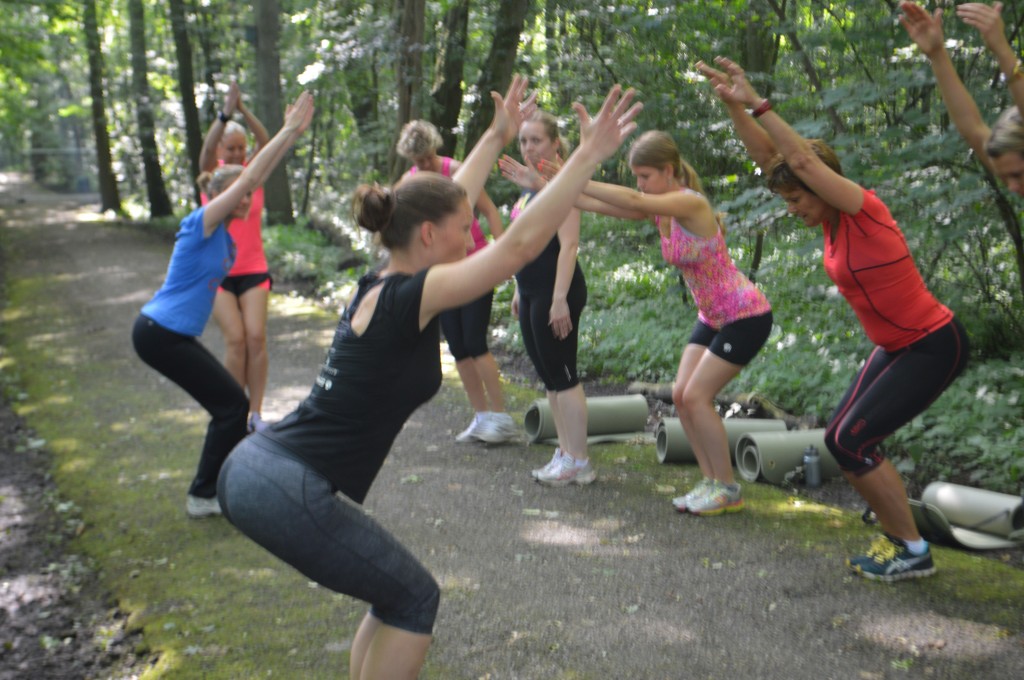 I was invited to join and write about my experience* by Stefana, my athletic class mate from high school a hundred years ago, who is now even more athletic and runs the Zuid-Holland division of the Bootcamp Club with her husband Leon.

Who is a real beast if I’m to believe my fellow bootcampers. Gulp.

FIRST CLASS I was slightly culture shocked but pleased afterwards nonetheless. Nothing like being active outdoors while the sun is shining and someone is making you run around and sit still in yoga poses.

We started by running some laps, which I like to do from time to time anyway. We did some Tai Chi after and this was a new experience for me. I loved it at first semi-gracious wave through the air, channeling my inner Zen and what not.

Then came the yoga of yoga-bootcamp: We were taught the basics of a Sun Salutation. Which was fine, I know the sun salutions but I continuously mess up my breath and which leg I’m doing.

We moved into other postures, among which Warrior Pose.

…A million times in a row.

Which is not my thing — If I want to drop down into warrior pose 21 damn times in a row I’ll fucking do lunges, ok? Can’t deny it’s a good exercise though.

Then we did some planking (the exercise, not the dumbass trend from a couple of years ago),which I felt for three more days because I am a wimp and have zero core.

Afterwards I felt great: Working out in the sun is the best, and the combination of yoga with the short runs and some more fitness-type exercises was nice. 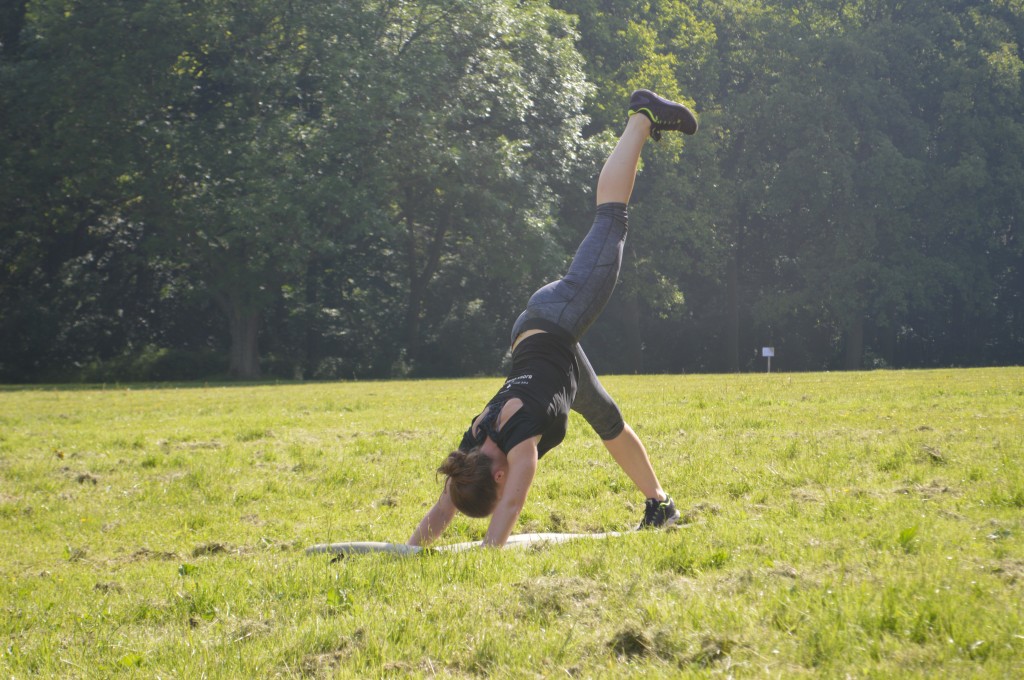 SECOND CLASS  We met our trainer Tessa, who will be doing the rest of the Bootcamp 8 Weeks To Yoga Fit Sessions. I really like her: Fun, relaxed, encouraging and very clear in her instructions and explanations.

She announced we would do Bird Pose at the end of class and asked us if we knew what that was. I said I didn’t but that I knew Crow Pose and thought it was the worst. Famous last words. Stay tuned.

I decided to bring my camera to take some pictures, which I would deeply regret because this time we didn’t stay in one place and I had to run around with my backpack and yoga mat army style. But hey, now I have pictures.

The class was similar in its set up some jogging, Thai chi and yoga) but with a lot of fun variations and new exercises.

We did more and different Tai Chi, balancing postures in the shades,  and the other exercises and postures we did out in the sun. We did the Pilates 100 (and I died), some hip opening exercises, some Downward Dogs with variations  and some Camel postures (forever love backbends). 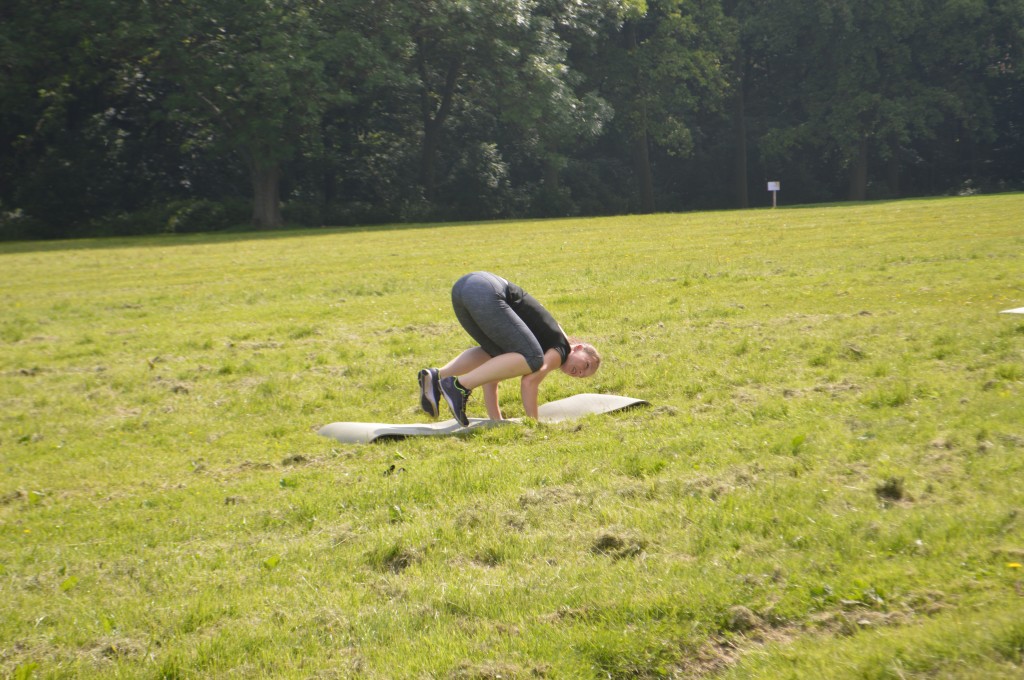 THAT’S WHAT “BIRD POSE” WAS.

I think it looks so cool, but I can’t do it and therefore I hate it. I am all flexibility, leg strength and patience, while Crow Pose is about endurance, arm strength and determination. I’m not strong and my arms are the worst.

I want to improve though, so I kept trying to do it, at least without falling flat on my face and breaking my nose because let’s face it my nose has enough problems as it is.

Finally, we relaxed in our savasanas and then went all our separate ways. As shown in the picture below, in my case that is a hot sweaty mess way. 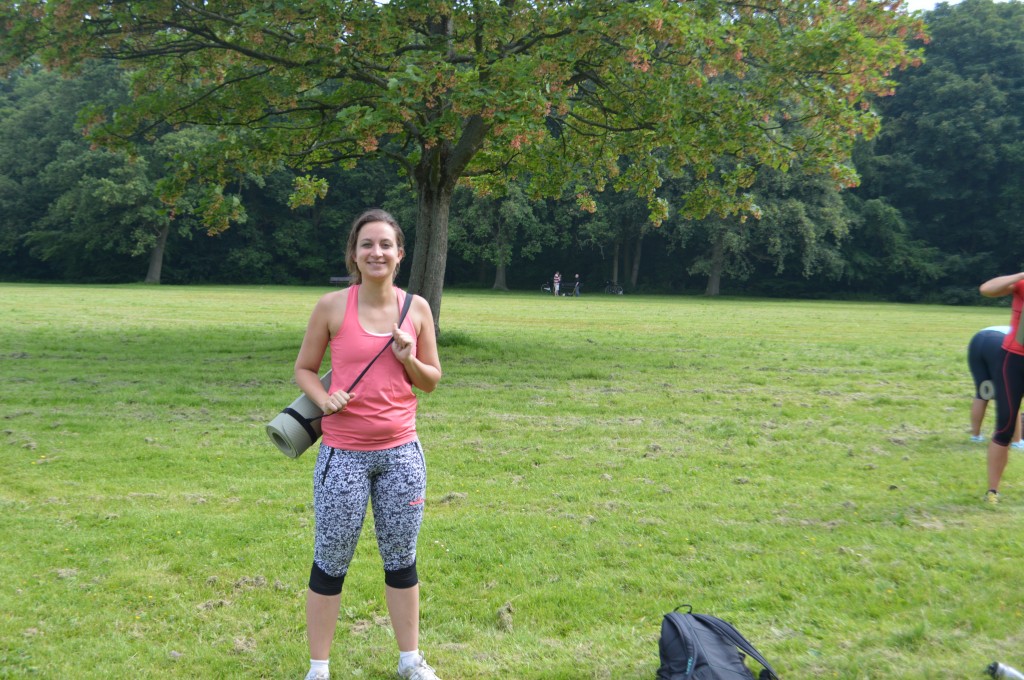 Less sore than last time, and really looking forward to our next session, and eventually nailing that fucking crow.

If you want more info about Bootcamp Club and their specials, take a look at their website or Facebook page.

*Yoga schools and fitness studios alike, take note: Will write for the opportunity to sweat under supervision. /hussle. 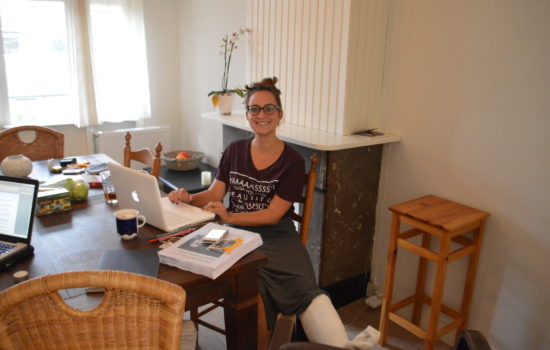 The Self Help Hipster Reader Survey 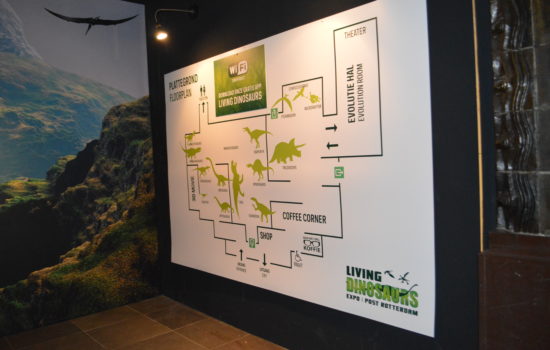