Books about writing are my favorite pastime when I’m supposed to be writing.

Review below on Ann Handley’s Everybody Writes.

DISCOVERY: Boyfriend’s book shelf. I had already finished The Swarm, Pet Cemetery and the Oatmeal comics, so it was either this or Profitable Football Betting. The hardcopy is 23 euros here* but you can get it for 15,63 on Book Depository* too, it often just takes a little longer for them to ship it to you.

(*=Affiliate links, small fee because cookies, you know the drill.)

You know, that thing every blogger should be able to do as least somewhat decently if they want to put their word vomit on the Internet, but is neglected because pretty pictures and the acclaim to fame is more important.

Since 90% of people don’t understand the very simple schema above, I’m not about to apologise for an opinion. Based on facts, bitches.

Anyway, for all of those people as well as the rest of us who are interested in writing and want to improve, Ann Handley’s Everybody Writes includes everything from writing online to offline, basics to the outline of a text, to humor, to breaking rules, to words we often use incorrectly, writing for social media and writing for others. It’s very thorough, not just an introduction but also delving deep into specifics.

KOOKINESS (1-10): 0. This is a book about something that is a skill as well as an art, focusing on the skill as to make it an art. There’s very little kooky about that!

“Learning to craft better content can involve nothing more than developing some necessary muscles.”

“The truth is this: writing well is part habit, part knowledge of fundamental rules and part giving a damn.”

“To paraphrase Mufasa the Lion King a he and his son Simba survey their kingdom at Pride Rock: Everything the light touches is content.”

“There is no one way to write – just like there is no way to parent a child or roast a turkey. But there are terrible ways to do all three.”

“Embrace the Ugly First Draft as necessary. As painful and depressing as it might be to write badly – at least you’re writing, you’re getting the mes out of your head and onto the screen or paper.”

“But forget that mantra [you can’t rush art]. Because at some point, you do  have to rush art. Otherwise, art sits on its butt on the couch eating chips and salsa.”

“Make truth the corner stone of everything you create.”

“Learn How To Effortlessly Write an Intoxicatingly Irresistible Headline – and you won’t Believe What Happens Next!”

SHH STAMP OF APPROVAL: Are you kidding me? They should give this book to every man, woman and child! Even if it’s just to compile better grocery list or notes to pass in class, if it were upto me everyone would have to read this.

And not just because it is good advice. You should read this because Ann Handley is actually a very gifted writer.

YOU SHOULD READ THIS BOOK IF…

If you also want to “wage the war against content mediocrity” as Ann Handley states in her Twitter Bio, this book might be a good place to start. Let’s not get bitter, let’s get better.

Vlog: About Confidence (and a Neat ‘Party Trick’) 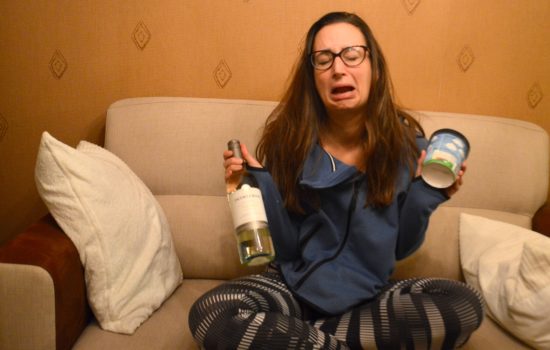 How To Win The Break Up 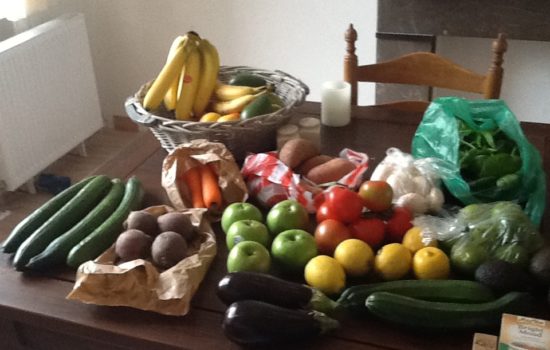 Use Your Head When Buying Healthy Foods.