Something that every single person who is interested in the Law of Attraction struggles with is the question: “IF it works, then WHAT actually works?”

Obviously, I don’t really have the answer. If I did, I’d be on Oprah before you could say ‘couch’. I do have three different theories though. I’m going to try to explain them, add the side note of ‘evidence’ and explain why looking at it like this has value.

Theory Number One: “The Universe is a big energetic something that you can manipulate by sending out thoughts and feelings into the world.”

The most entertaining thing about being a Manifest Enthusiast is definitely the creeped out faces people make at you whenever you utter the terms ‘The Universe’, ‘Universal Ordering System’ or ‘Asking The Universe For What You Want’.

I get why. When I say shit like that, it makes me sound like a hippie who lives off cosmic energy and dew drops* with very little grip on reality. I mean, who believes that the cosmos helps them, right?!

Well..to be honest, I kind of think I do. Sometimes I’m sure, sometimes I’m not. Maybe I’m reading too much into things, but I often feel like I’m getting a little extra help. With little and big coincidences, I often get these little boosts. But…

‘Evidence’? I think there is as much evidence for this theory as there is evidence for God. It’s a belief system. It can’t be proven and anything that a believer brings up as proof might be discredited. For example, someone might think The Bible is proof of God. I just think The Bible is proof of people believing in a God. You know what I mean? I might believe that the Universe helped me get all these great jobs, but a sceptic could point out that I have all the qualifications for jobs I applied for, sent in the letters myself and that plain logic/coincidence did the rest.

Why does it have value? There are two main reasons why this perspective has value. The first is that it makes it easier to manifest. If I want to attract something, it’s easy to use the terms I mentioned above like ‘Asking The Universe’, ‘Universal Wishlist’ and ‘Universal Delivery System’. If I just doodle shit and don’t have an imaginary delivery guy to place my order, it loses its energy and its fun. That’s why I use it.

Also, if you have this belief in the back of your head that ‘The Universe’ or whatever is on your side, you’re automatically more relaxed. You trust in the outcome. You feel less stressed.  You can have more faith that things are going to turn out okay. Everything will work itself out, which they can often do way easier if you don’t stress about them.

Theory Number Two: When You Use The Law of Attraction, You Just Apply Shitloads Of Good Psychological Principles.

The higher our self-efficacy (= our own belief we are capable of doing something), the happier and more confident we are. The higher our perceived control over our lives, the happier and more proactive we are. The more we focus on gratitude and what we want, the less we focus on negativity and lack. The more we define for ourselves what we want in life, we become not only goal-oriented, we also prime our brain to be extra sensitive to cues (priming). The more we pay attention to good things, thoughts and feelings, the more we make them a habit. Certain cues become more visible to us (salience). When you write down your goals, you can figure out how to achieve them more easily. See what’s happening here?

‘Evidence’: Oh, loads. Gratitude makes you healthier and happier, priming is a well-known psychological phenomenon as well as self efficacy and salience. Not to mention the evidence of how healthy positivity is, how good it is to be proactive and how goals have a great effect on people’s life.

Why does this perspective have value? Even if there were no other mechanisms at work, you could still really help yourself by taking on the Law of Attraction and some of its principles.

Could be. As I said in this video, I might be nuts. Maybe it doesn’t work this way. Maybe I have no influence on my surroundings whatsoever. Oh, wait. Of that last bit I am absolutely sure it does.

‘Evidence’? I don’t know. I have yet to meet the physicist who has written the Nobel Prize winning thesis: Everything Is All Figured Out So Now Humankind Knows Everything. Until that happens, I think there is actually -dare I say it?- just as little evidence of this as of the first one.

Why does this perspective have value? By ‘kidding myself’ this way, I have taken full responsibility for the things I feel, think and say. I have acknowledged the responsibility I can take for my life and I actually take it. Any influence that I can have on myself with my thoughts, feelings and behavior, I now exercise. I govern myself. I decide what I think and feel. That affects me and that affects my life.

And let’s not forget, I think it’s really fun to take on this perspective. I like making pretty list and visualising myself signing books! It gives me something to do! So I think I am just going to keep kidding myself. It has made me a more pleasant person and my life is better for it. Whether I am actually connected with “The Universe”, just practicing a lot of good psychological constructs or entertaining myself with the idea and a couple of cute lists, I am making the Law of Attraction work.

*I am actually a hipster who lives off cosmic energy and cupcakes. Just FYI. 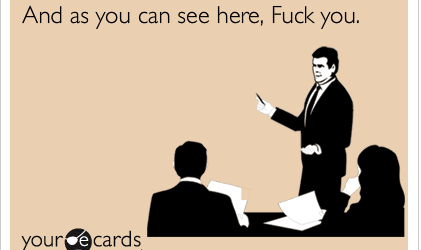 When To Say ‘Fuck You’ To Your Goals. 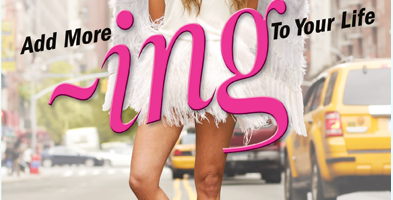 Self Help Book Parade: Add More ~Ing To Your Life!

The Self Help Hipster Podcast S03E07: The Time Paradox