No worries, I like you whether you are the duck or the owl on this particular morning. Feel free to be the duck and cuddle the next colleague near you, or be the owl and murderously glare around you. I often do both at the same time: Cuddling is for good morale, but the murderous glare gets me coffee.

ANYWAY. Self-help junkie and avid Internet enthusiast I have quite a few places I go for inspiration in the blog-o-sphere. I lined up five of my personal favorite mantras from three favorite women. These are three women, coaches-writers who either have crazy-good books, epic blogs or other on-line awesomery Not Otherwise Specified.

Remember the women, remember the mantras. These quotes are useful, you see. You can think them to help yourself. Phrases to keep in your head and think to  yourself as they shape your thinking, keep you calm in difficult situations and/or entertain you during commutes. Often simultaneously. Check it out.

First up: Stephanie StClaire. Stephanie leads a pretty cool life in my opinion. Living in California and New York, taking care of her family as well as coaching and writing. I love her blog, and her Facebook page; I often share her stuff on the Self Help Hipster Facebook page*.

In this blogpost, she writes about when she just arrived in New York. Which was scary. And not always fun. So she made two decisions to help herself. The first was the decision that she was going to be her own golden ticket.

To me, being your own golden ticket signifies two things. Number one, it’s that you’re golden. You carry the things that are important within yourself. Number two, you get yourself (into) places. You are the one who is going to have to open doors for yourself. What you do, makes more of a difference than anything else in your life.

Even when things are shit in your life, you are still golden and you’re still your own express ticket to wherever you need to go. Because you can decide to move on (after crying or screaming in a pillow, whatever you need to do), keep trying, try something else or move on. If you don’t know Alexandra, you’re missing out on one hell of an on-line writer. In the review about her e-book, I said that Everything she writes is like being over at an Inspirational Mad Hatter’s Tea Party. I think that sums it up quite well.

In this blog, Alexandra writes about her first heartbreak and being a crying slobbering mess in her mother’s lap. Most of us have been there, no? Alexandra’s mom, beacon of wisdom as most moms are, tells her what the lesson is:

“You gave all your power to this boy. You should always hold onto your power.”

It’s a good reminder that you can decide what you let have power over you or what you will exercise your personal power over.

Whatever it is that freaks you out or that stresses you, take back your power. If you feel you have the power over something you will handle it much better. So take back the power. If it helps, look at this.

This was another decision Stephanie made when she went to New York. She decided to think of everyone as her friend. I dig that.

Sure. I know not everyone is my friend. I have it on good authority I evoke a strong allergic reaction in some, and I can hardly handle my social life as it is. But I still use this quote and think of everyone as a friend.

I think of people as on my side, as friends, as people who are worthy of nice behavior on my end. The new coworker, the new in-law, the barista, the scared student, the cocky student, the head of a department, whoever I run into. I treat them I would treat a friend (of a friend).

I assume positive intent in people. I believe that very few people actually want to screw you over deliberately. Most people like helping others. This is just a principle of being friendly to people you don’t know and the fact that at least 75% will respond in kind. The other 25% might be indifferent or even unfriendly. But hey, that’s their business. I was nice.

And so, if I’m nice and treat other people well, people will be nice in return most of the time. It’s not karma, it’s logic.

If I scream bloody murder because the waitress mixes up my order, I do not only upset myself but the waitress, my dinner guests and depending on how loud I scream, an entire restaurant. While if I’m gracious about it, I don’t raise my own blood pressure, the waitress is relieved and who knows, I might get dessert on the house**. There is something wonderfully liberating about cutting yourself some slack. In this post, when I was feeling l like a failure, I write about ‘firing my inner drill sergeant’. Because I was going through a phase where all I thought was “I HAVE TO DO THIS” and “I MUST DO THAT”. That’s not good. So I stopped, and that was good. That is a good thing to do.

But there is a difference between cutting yourself some slack and making up excuses for yourself, and making excuses for yourself can turn into an ugly habit quite quickly. A number one excuse is when we don’t work out “because we’re tired from work” Sure, that happens. Once in a while this can be actually an enjoyable break and a legitimate excuse. Two weeks in a row, however…not so much.

When I read Flaking + Devotion by Alexandra, I was truly touched by her words. It pointed out the fact that sometimes it’s not cutting yourself some (needed) slack, but being scared and not committing yourself and to the things important to you.

Sometimes we flake out, and that’s okay. Shit happens. But do your best not to turn into your standard response. Because once that happens, you end up feeling worse than ever.

I use Alexandra’s quote to remind me of devotion to myself and what I value. Maybe you can use it too, to help you commit to yourself, your exercising, your studying, your work. Just the next three times you want to throw everything in a corner and slack off, you don’t. And you turn the habit around.

Because self-devotion IS fucking sexy. And it helps getting your life together. TRUST ME.

If you want something, keep an open mind. Go willing or -even better- eager to learn and do something well, you’ll figure it out. This quote comes from Danielle LaPorte, who I think is a genius and writes books unlike any other author on the self help block  (check out the review on the Fire Starter Sessions here or just buy her book here 10/10 highly recommended).

But we can’t know everything. And if we wait until we know EXACTLY how to handle everything, nothing will happen. EVER.

Yet, if you start, things start happening. You find out what you don’t know yet, what you need to know and quite often you will find the people or resources to learn those things. You will become smarter and you will improve the thing -whatever it may be- along the way. So just take a breath and think “I’ll figure it out”.

*Where NOTHING ELSE ever happens, because Facebook gives me social-media impotence problems.

**And of course, dessert is what I’m always REALLY after anyway.

Self Helping During The Holidays. 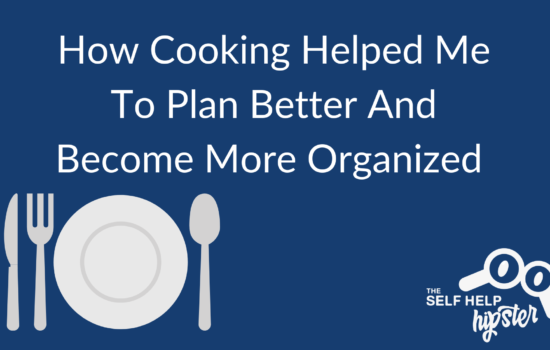 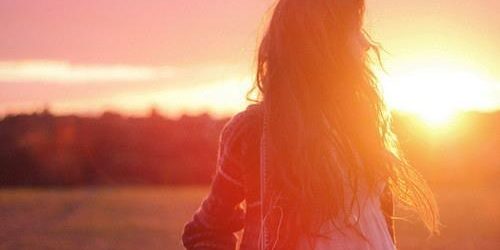